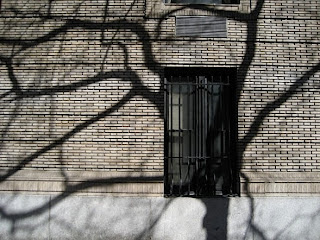 Our bitter cold spell persisted yesterday. I left work just after lunch to go to the post office, and even then - at the height of what should have been the warmest part of the day - I felt like the wind was flaying my skin. Face-numbing, brain-piercing cold.

Ironic, then, that I huffed and puffed my way to the Friars Club last night for an alumni reception for my subtropical alma mater, the University of South Florida in Tampa. (The reception was held in the Milton Berle room, where the chairs all bore the names of dead celebs. The one nearest me memorialized Dinah Shore.) 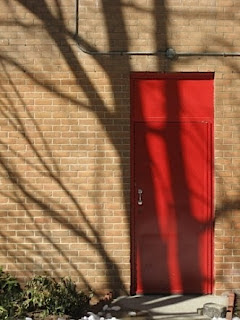 Met some nice people, including a woman who had some of the same classes and professors as I did, though in later years. I also met the university’s current president, and only belatedly realized I spent our few minutes together talking almost entirely about myself. (In my defense, she kept asking!)

I guess most people have a nostalgic affection for their colleges. Mine goes really deep, since my parents both taught at USF and I pretty much grew up on the campus. I did my junior high book reports in the college library and spent sick days off from school in my Mom’s office. I ate my first yogurt - Dannon boysenberry - in the USF cafeteria. 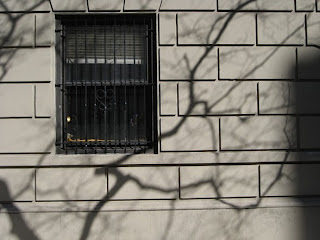 Anyway, after comparing notes with my fellow alumni about our experiences at USF and in Tampa, I came away thinking about hometowns.

You can really share a hometown with another person in name only. Their experiences of that town are so different - different streets, employers, neighborhoods. For example, the woman I talked to worked in a part of St. Petersburg that I always found incredibly confusing, and it made me realize that her perception of the Tampa area is entirely different from mine. Deep down, your hometown is yours alone.
Posted by Steve Reed at 12:18 PM