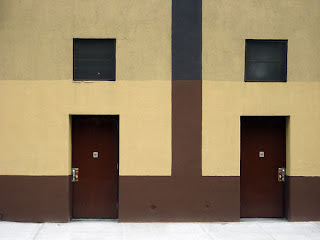 Last night I went to see Kathleen Turner speaking with Gloria Feldt at the 92nd Street Y. They’re out promoting Turner’s new autobiography, “Send Yourself Roses,” which sounds pretty interesting. It’s not only about her acting career but also her more recent battles with both rheumatoid arthritis and the bottle.

Turner is funny, even a bit of a ham -- which I suppose should be expected from a famous actress. She’s a hoot, making dry quips in that husky, slightly slurred, vaguely European diction of hers. (Her father was in the foreign service, and she grew up all over the world -- her speech seems vaguely flavored with this Internationalism.)

She talked about a lot of stuff -- her father’s disapproval of her acting career and his sudden death when she was 17; being nude in front of strangers and under heavy camera equipment during the filming of “Body Heat,” which put her on the map in Hollywood; the pain she began feeling during the filming of “Serial Mom” that got so bad she thought she was dying, and eventually was diagnosed as rheumatoid arthritis.

I’ve liked Kathleen Turner ever since I saw “Body Heat” in the mid-80s, and I’ve seen her twice on stage -- in London in “The Graduate” and on Broadway in “Who’s Afraid of Virginia Woolf?” Now that I think about it, though, I haven’t seen any of her films in quite a while. I think it’s time to add “Body Heat” and “Serial Mom,” at least, to the top of my Netflix queue.

At the end of their talk, I went down the hall past the stage door to find the bathroom -- and Turner stepped right out in front of me! (She seemed very TALL!) I smiled, she smiled, and then she set out to meet the crowd waiting to buy her book. I didn’t try to talk to her. But I think our arms touched as she passed me.