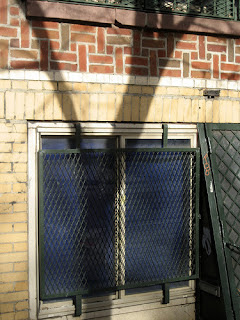 Last night, as I was going to the Zendo, I stood near an older gent busking on the subway platform with an accordion. I’m a sucker for accordions -- I have no idea why -- and as you know, I’m also a huge fan of ‘50s and ‘60s pop culture. Thus, if an accordion player launches into “Lara's Theme” or “Never On Sunday,” it is virtually a personal rule that I must give them a dollar.

Of course, that’s just what this guy did. After hustling a little too rapidly through something from Tchaikovsky he started “Lara's Theme” (from the movie "Doctor Zhivago," and also known as “Somewhere My Love”). I gave him a dollar, quite happily. Then there was an awkward period when every time he started something new he looked at me for approval, because I was his only acknowledged fan, and after a few songs I was glad when the train came.

When I was a kid, I had a music box that played “Lara’s Theme.” My grandmother had given it to my mom as a gift, and after a few years my mom -- not particularly the music-box type -- passed it on to me. It was shaped like a victrola, with a gold aluminum horn, and the box was clear lucite so you could see all the little parts working when the music played. I had it for years, though over time the horn got dented and the lucite box began to come apart, so much so that eventually it interfered with the mechanism and “Lara’s Theme” was forever silenced.

At least, from that particular source.