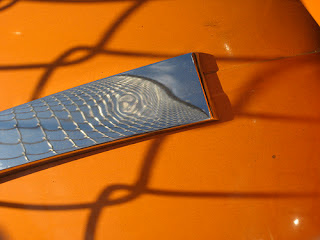 It was an obsession of Eunice Goode’s that there was very little time left in the world, that whatever one wanted to do, one had better get it done quickly or it would be too late. Her conception of that segment of eternity which was hers to know was expressed somewhat bafflingly in a phrase she had written in her notebook shortly after arriving in Tangier: “Between the crackling that rends the air and the actual flash of lightning that strikes you, there is a split second which seems endless, and during which you are conscious that the end has come. That split second is now.” Yet the fact that her mind was constantly recalled to this fixed idea (as a bit of wood floating in the basin of a waterfall returns again and again to be plunged beneath the surface by the falling water), rather than inciting her to any sort of action, ordinarily served only to paralyze her faculties.