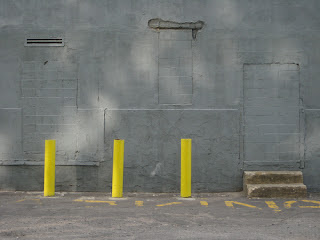 After yesterday’s post I decided to find the passage about doves in “Cross Creek” that I remember reading years ago. It turns out that little pink feet are just the beginning of Rawlings’ description:

“The little West Indian ground doves are enchanting. They are of the softest gray, with ashes of roses breasts, rosy beaks and tiny pink feet that make a lacy pattern in the sand. They walk rapidly with a bobbing motion, and fly in small explosive bursts, like a milkweed pod popping open. They are amorous, as doves should be, and mate several times a year. I once saw a pair consummate their union on the tip of a crepe myrtle bough, most precariously, and other pairs have mated at the edge of the bird-bath. The male makes a pretense of ferocity, and after having crooned softly for hours to his mate, suddenly ruffles his feathers and pursues her with what would pass for viciousness if she were not so easily and happily caught. I think of them as giving their throbbing call the year around, but I am sure it is a concomitant of the mating, and since the breeding is so frequent, it is only now and then that I realize I have not been hearing the sweet sad cry from the roof-tree.”

So, as it turns out, ol’ Marge was writing about ground doves, not mourning doves -- but they’re so closely related that much of the description carries over. She even offers an explanation for why I hadn’t been hearing the birds during the past few months -- and why they recently perked back up again. Perhaps the weather was sufficiently springlike to set their hormones surging.

Unfortunately, yesterday afternoon, we had a fierce, windy snowstorm. It was bright and sunny all morning, but at about 3 p.m. a howling wind sent objects crashing in the courtyard and literally minutes later, it was snowing. It didn’t really stick, at least here in the city, but temperatures plummeted.

I guess that probably cooled their ardor.