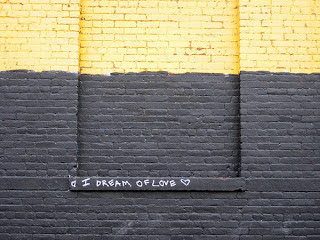 I spent yesterday afternoon at the Metropolitan Museum of Art, where I made an effort to visit rooms that I don’t normally see. I started in traditional African art and then meandered through objects from New Guinea, collected by Michael Rockefeller. I moved on to European furnishings, glassware, ceramics and other items, with lots of gilded Sevres porcelain and entire rooms imported from English country houses. (Not really my style, but interesting.)

I finished up in European paintings, where I've been many times, and visited some old favorites: El Greco’s “View of Toledo,” and landscapes by the Dutch masters Meindert Hobbema and Jacob van Ruisdael. One of Hobbema’s paintings depicts a Dutch village in the 1600s, with dirt roads and scattered cottages under a leafy grove of trees, backed by a church spire. That painting really transports me back to a time when the world had far fewer people. It seems so peaceful.

(Of course, they had to worry about those plague fleas hopping around, but never mind.)

In one of the furniture rooms I saw a massive Dutch linen cabinet carved with mythic scenes, including one featuring Phyllis. The fact that I did not know there was a character in Greek mythology named Phyllis reminded me of this news article.

I walked home in the dusk on Park Avenue, where the sidewalks were empty and I could peacefully enjoy the city lights and the naked branches of the winter trees against the sky.