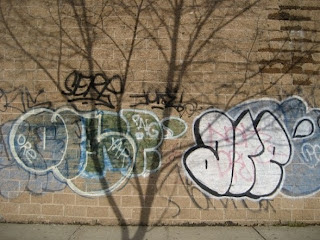 Well, apparently I’m not taking a break after all. Sorry about that -- false alarm!

I don’t know why I was feeling so harried earlier this week. I woke up Tuesday morning and thought, “I just can’t do this blog right now!” So I posted that message, and then lo and behold, the harried feeling passed -- just as all feelings do -- and I felt the urge to keep writing.

Last night on the way home from work I passed an accident scene. It appeared that a woman had been hit by a car. People were gathered around her, helping, and the police were there. I could hear the wail of an approaching ambulance. So I just kept walking. I felt odd cruising past, but then, what could I do?

New Yorkers have a reputation for being hardened, but I think it’s more that we’re just immensely practical. We assess a situation and determine quickly whether it warrants our involvement -- and in the city, the bar is high.

A couple of years ago I walked past another accident, where a deliveryman on a bicycle had been hit by a taxi. Passersby were kneeling beside the deliveryman, and others were standing behind and in front of the taxi so the driver couldn’t leave. I was impressed by how responsive people were. I stopped for a moment, but again, I could do very little -- and in fact I advanced a terrible idea, asking if we should move the man out of the middle of Lexington Avenue. (Others wisely said no, we shouldn’t try to move him.) So, see, even when I do stop, I’m probably not helping much!