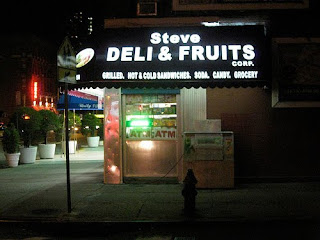 Yesterday Dave and I went to see "Avatar," James Cameron's latest movie extravaganza. It's pretty spectacular, though a bit too "shoot-'em-up" for my taste. The sequences at the beginning, when the main character first learns about his new home planet, are really beautiful, with brilliant phosphorescent plants and wild creatures. I would have been happy with a gentler plot that explores that world more thoroughly. But the movie, in a quest for dramatic tension (I suppose), devolves instead into a war story with humans (and especially Marines) being the stereotypical bad guys. I don't disagree that humans mess things up, and I'm certainly suspect of the military and its motives, but this all seems a little shallow and, well, easy. Still, it's worth seeing, just for the incredible digital effects.

It struck me that twenty or thirty years ago this kind of movie would have been animated. This production really does take moviemaking to a whole new level!