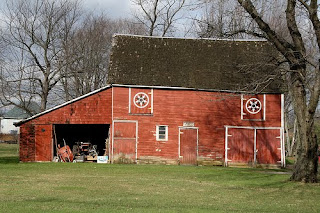 My body's sense of timing is pretty terrible. Just a few days before Christmas, and I'm sick! I started with a very mild cold over the weekend, but this morning it feels like it might be morphing into something more like bronchitis. I may shuffle off to the doctor.

I'm back in the city today, running some errands. That's the only reason I'm able to make this blog post, as Dave's Internet connection is still out. We're trying to figure out what's wrong -- meanwhile, if I'm more quiet than usual on the Intertubes, that's why.

I'm just finishing "The Well of Loneliness" by Radclyffe Hall. It's a groundbreaking novel from 1928 about homosexuality, considered one of the high points of gay literature. It's intriguing and well written, though old-fashioned. So much of what still aggrieves the gay community -- a lack of ability to marry, a persistent belief among many straight people that being gay is a "choice" -- is present in this novel. There's also some unfortunately bad psychology: The main character is a lesbian whose parents wanted a boy, and in fact named her "Stephen," which of course perpetuates the tired idea that parents somehow cause homosexuality in a child. (Yet there are also strong assertions that gays are born that way, so maybe Hall was just trying to cover all her bases.)

From page 470: "As for those who were ashamed to declare themselves, lying low for the sake of a peaceful existence, she utterly despised such of them as had brains; they were traitors to themselves and their fellows, she insisted. For the sooner the world came to realize that fine brains very frequently went with (homosexuality), the sooner it would have to withdraw its ban, and the sooner would cease this persecution. Persecution was always a hideous thing, breeding hideous thoughts -- and such thoughts were dangerous."