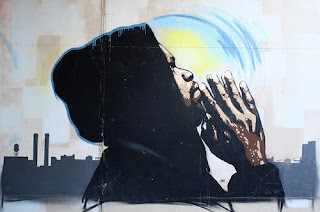 As I sit here in our living room in East Brunswick, with the dogs snoring on the couch and the snow falling outside, I'm a little amazed to think about all the changes that have come during the past year: a new boyfriend, the loss of my job, the death of my cat, and now my impending move to New Jersey. I don't think I've been through such a period of intense change since I moved to New York almost ten years ago.

It's exciting, but it's scary at the same time! I'm already taking steps toward the move. I forwarded my mail. I disconnected my telephone and Internet service in New York, and I switched my cell phone from Verizon to AT&T, which gets much better reception here in central New Jersey. (I also got an iPhone, which I am enjoying a lot -- the ability to access the Internet from anywhere and check e-mail is pretty awesome!)

With each step, I keep asking myself -- do I really want to do this? The answer is always yes. Someone once told me that if a thing isn't scary it isn't worth doing, and while that's a little glib to be a life philosophy, I think there's a grain of truth there. Besides, nothing is irreversible, and even if I sold my apartment in the city, I could always go back if circumstances demanded it. (In fact, I could live in Brooklyn, which is where I'd rather be anyway.)

I don't really feel like I'm leaving New York. The city is so easy to get to that I plan to be wandering there at least weekly.

More importantly, though, I do want to take this step with Dave. I'm excited about our future, as nebulous as my career path looks right now. I think we have great things ahead of both of us.

(Photo: Street art from a walkway along the river in New Brunswick. We walked there Tuesday despite bitter cold so I could do some photography. I made this image into my wallpaper for my iPod.)
Posted by Steve Reed at 1:24 PM