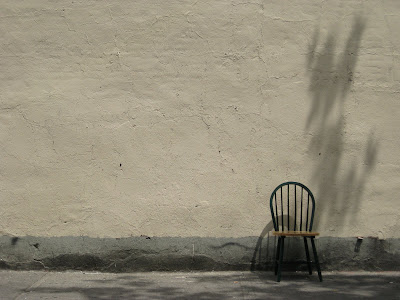 Dave and I were at a party yesterday afternoon when a friend and former coworker called me and asked, "Have you heard the news?" When someone starts a conversation like that, you know you're in for a shock. And I was.

The company that owns the newspaper where I worked until June 9 laid off about 700 people yesterday, including a majority of the news staff in my former newsroom. I wish I could convey to you how shocking and absurd this is. We were already a skeleton staff, smaller than any newsroom I've ever seen and smaller than the small-town newspaper bureau (or satellite office) where I began working in the late 1980s. We were struggling to keep up with daily news. Now they have two reporters, one local news editor, a news clerk and a couple of photographers, all of whom are shared with other sister newspapers.

What this means is that no one will attend municipal government meetings, no one will be able to devote time to developing sources, no one will pound the pavement to find out what's really going on in the communities we covered. The paper's watchdog role, already severely strained, is entirely eliminated. My guess is, the reporters will be reduced to rewriting press releases that come into the office -- even when I was there, I was surprised by how much time we were all forced to be in the office rather than on the street. Readers are going to abandon the paper in droves, mark my words.

I feel sorry for the people who were let go, including some of the most connected, informed members of the staff. I have respect for the people left, but I wouldn't want to be them.

There are so many issues here. As CJR pointed out, the executives of the company make multi-million dollar salaries -- excessive in any industry but certainly in one struggling as much as this. The accumulation of wealth at the top levels of our society, and the elimination of wealth in the middle, is a poisonous development that is going to challenge our stability as a nation.

As for newspapers, they need to abandon the corporate business model altogether. Successful newspapers -- and maybe news organizations as a whole -- will be nonprofit entities freed from the demands of Wall Street and the analysts, traders and shareholders who demand 20-plus-percent profit margins. Or they'll revert to being family businesses.

I really am shocked by this development, especially so soon after the massive reorganization in February that required us all to reapply for our positions, and cut our staff by half. I have honestly never seen such a badly managed organization.

I was never uncertain about my decision to leave, but this clinches it. If I'd stayed, I likely would have lost my job yesterday anyhow.

(Photo: Chelsea, last Thursday)
Posted by Steve Reed at 11:45 AM

Yikes. I guess the Universe really, really wants you to move. I'm sorry that so many of your former co-workers are now unemployed. That's so sad.

In some strange way, it must be comforting to know that you escaped being fired of your own volition. I'm really sorry for all your ex-coworkers who indeed got the ax.

good timing on your part! sorry for all you friends and colleagues finding out their jobs were no more.

just awful. but good that you left when you did and certainly a message from the universe to keep looking forward.