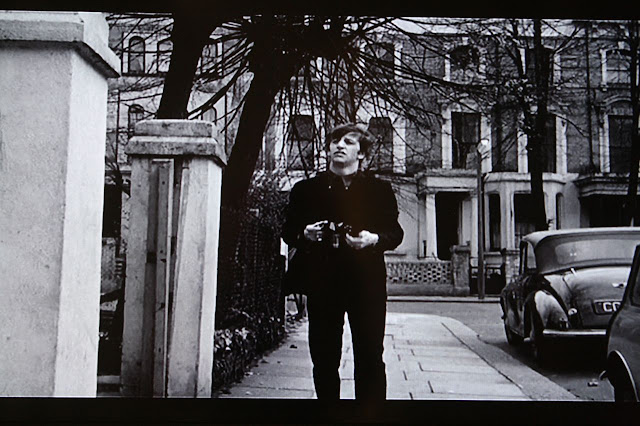 Several weeks ago I was surprised to learn that scenes from the Beatles movie "A Hard Day's Night" were filmed near our flat! Being a die-hard Beatles fan, I was eager to see the locations in real life. This week I finally had a chance to see how they've aged in the nearly 50 years (!) since that film was made.

First, I ordered a DVD of the movie, which I mysteriously did not already own. Dave and I watched it on Saturday, an effort for which poor Dave -- not a fan of the Beatles or their silly film hijinks -- deserves a special award for patience. 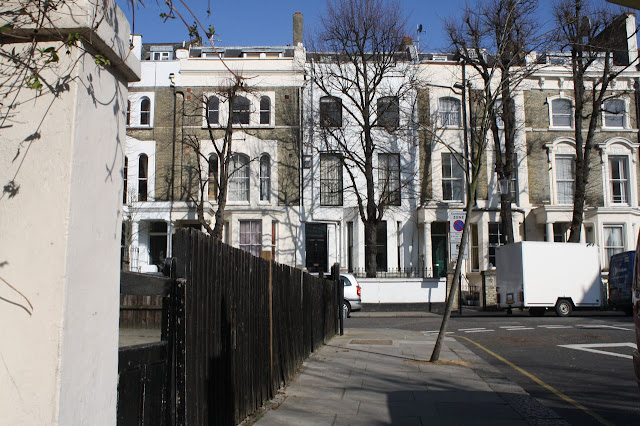 The scene in question begins when Ringo, at the urging of Paul's "very clean" grandfather, decides to go "parading" rather than practice for an upcoming show. Parading entailed taking his camera for a walk on Lancaster Road (top). Returning to the same spot, I found things looked very similar to the way they looked in the '60s -- the houses behind Ringo still stand on the adjacent block. 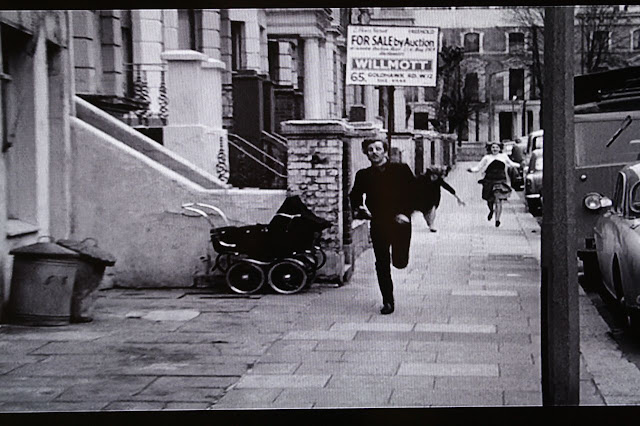 Ringo walks casually until he is spotted by two female fans, who briefly chase him west on Lancaster Road. 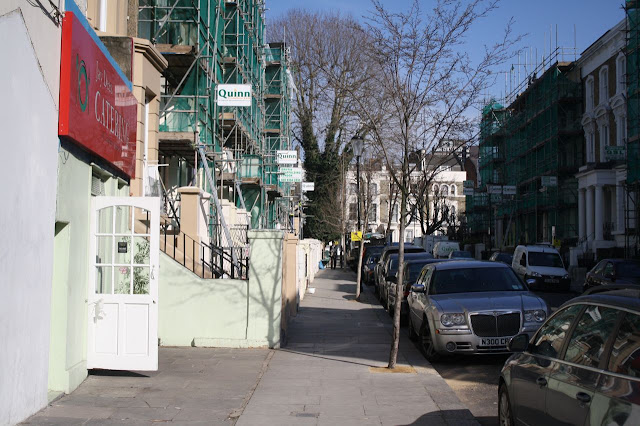 The street today also looks similar. It's hard to see the houses because of all the unfortunate scaffolding (is the entire block under renovation?) but that little wall near the sidewalk looks pretty much the same. 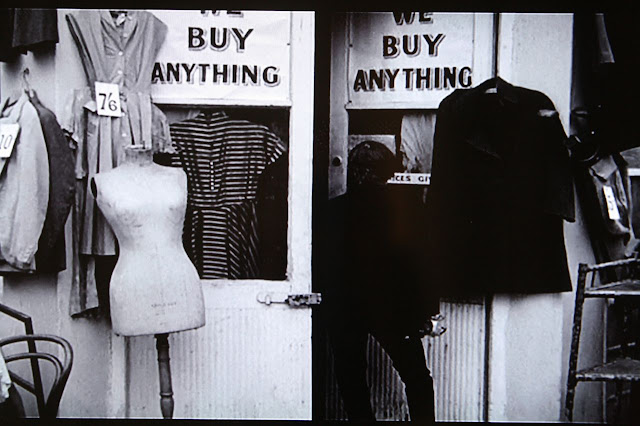 Ringo ducks into a second-hand shop on the corner to buy a disguise. 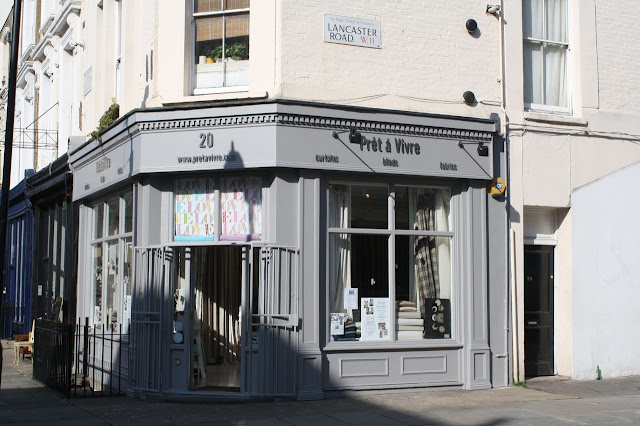 The shop, at 20 All Saints Road, today sells curtains and blinds. It looks decidedly more upscale than it used to. 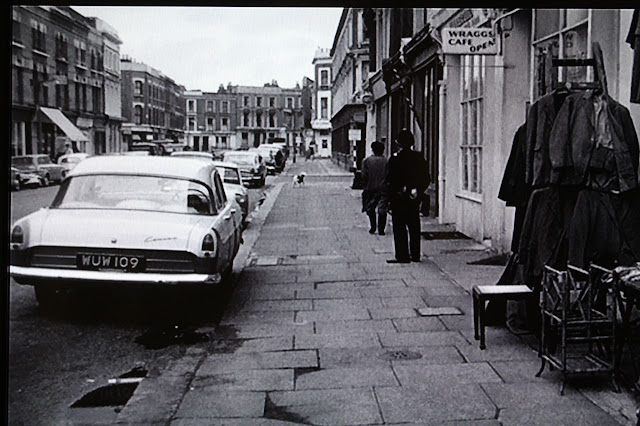 When Ringo emerges from the shop, he tests his rather flimsy disguise on a woman walking by. She tells him to get lost. He walks north on All Saints Road, happy that the disguise -- which looks to be not much more than a hat and coat -- apparently works. 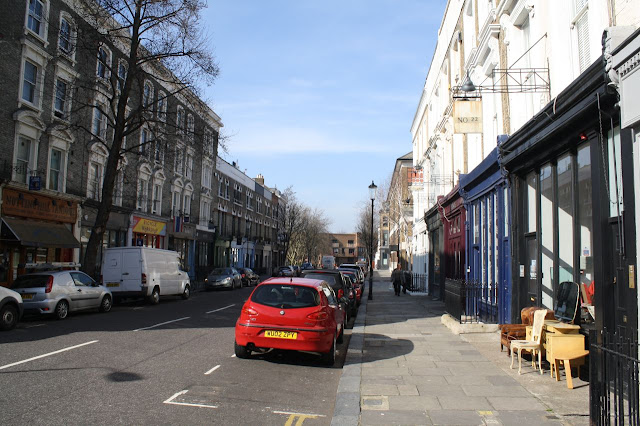 All Saints Road today looks quite a bit different. The blocks near the shop are similar, but the area farther down the street was evidently torn down and redeveloped into more modern housing after "A Hard Day's Night" was filmed. Today there's a small park at the end of the road called Tavistock Gardens. It was once so downtrodden and seedy that it was known locally as "Dog Shit Park," but it was redeveloped and reopened in 2001. When I visited on my walk, it seemed pleasant, and people were sitting out and reading -- some with their dogs. (Presumably they were tidied up after.)

For information about other filming locations for "A Hard Day's Night," check out this site.
Posted by Steve Reed at 6:35 AM