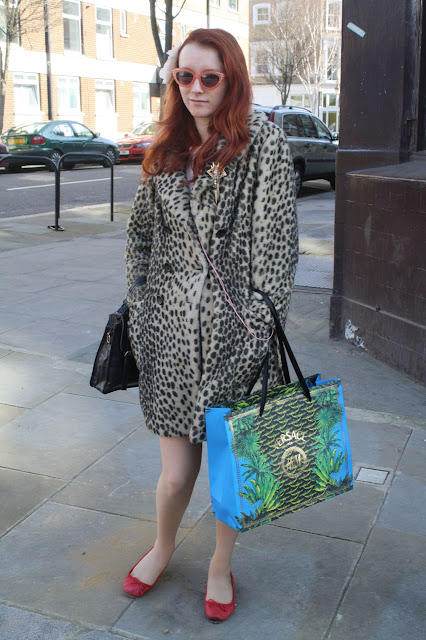 I took, for me, a huge leap forward this week while walking around Portobello Road with my camera. I asked two complete strangers for a picture!

This may not seem all that major, especially to blog pals like Kim who never hesitate to approach and photograph strangers, but I'm not that outgoing. Despite my background as a newspaper reporter, I'm skittish about asking people for a photo. If I had the backing of a news organization -- and I were being paid -- that would be one thing. But when it's just me, by my lonesome, I'm more wary. I suppose I'm worried that they'll react negatively or even angrily. 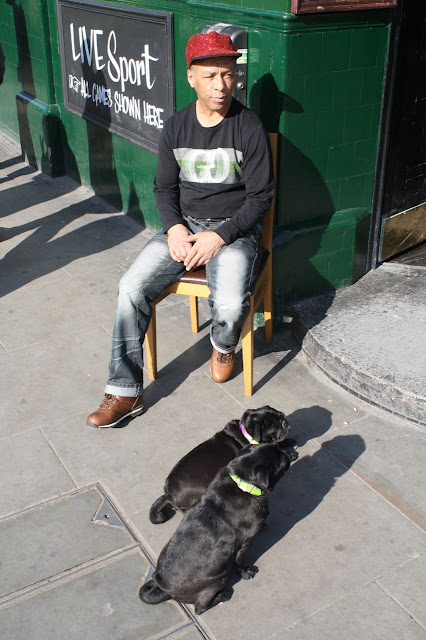 In this case, though, both agreed without hesitation -- which should probably tell me something, right? I liked the girl with her quirky outfit, and the man sitting with his two black pugs. I wish I'd had the girl turn her head a bit so we could better see the flower in her hair, and I wish I'd crouched down to take the man more straight-on rather than while towering above him. But oh well.

The teacher of the photography classes I took in January said we shouldn't ask people before taking a photo because they will "pose." Even if they try not to pose, they'll look stiffer and more self-aware. 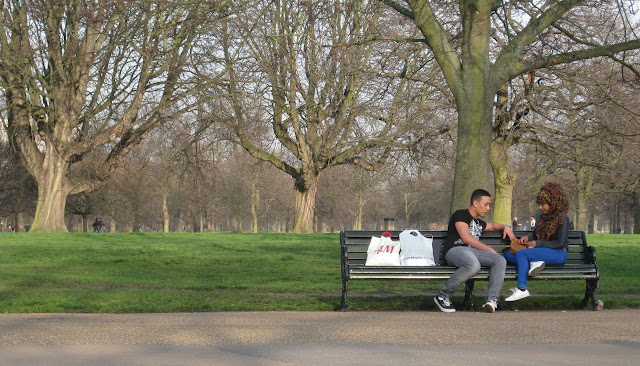 He may have a point -- I love this photo, taken in Hyde Park on Wednesday, because the subjects were so natural. They had no idea I was taking their picture. But then, is it creepy to slink around secretly taking pictures of strangers?

I suppose there's no absolute answer. Sometimes it's fine to ask, and sometimes, asking would destroy the moment.
Posted by Steve Reed at 6:51 AM