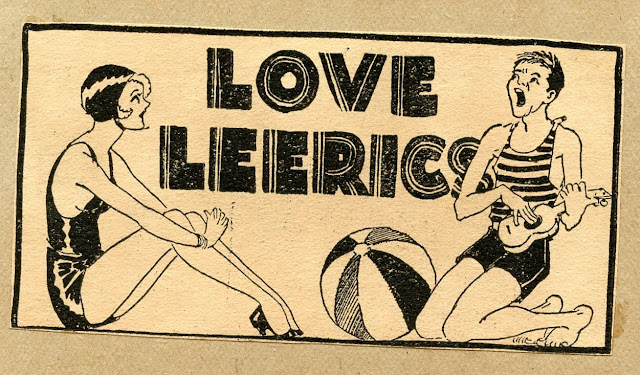 My dad recently bought an old house next door to his property in Florida. In the house and an adjoining shed were lots of abandoned documents, clothing and other stuff belonging to the previous owners. Most of this stuff was in deplorable condition -- moldy, mildewed and eaten by eight-legged wildlife -- and they threw it out. Anything that might have had value they donated to charity. My dad and stepmother kept only a few small items and some photos, which they hope to return to the family that originally owned the house.

Among all that stuff was an old scrapbook. As best we can tell, it comes from the Jazz Age -- it contained a church program from 1926. I liked these old cartoons and jokes. 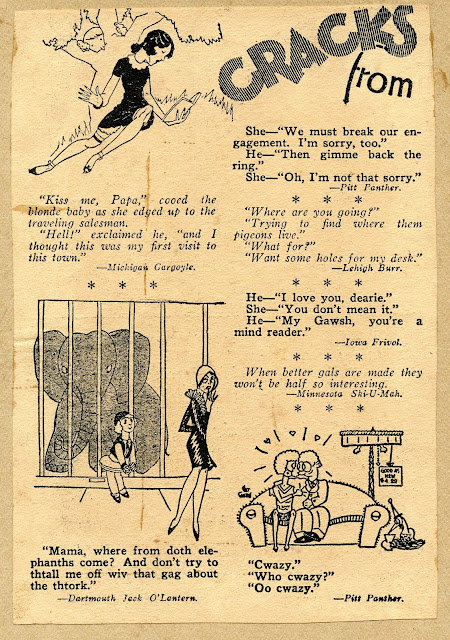 Our modern sense of humor is so different, isn't it? Some of those jokes I barely understand, and none of them are very funny. They appear to be from college newspapers. Wouldn't you think a college newspaper would be edgier than that, even in the 1920s?!
Posted by Steve Reed at 2:59 PM