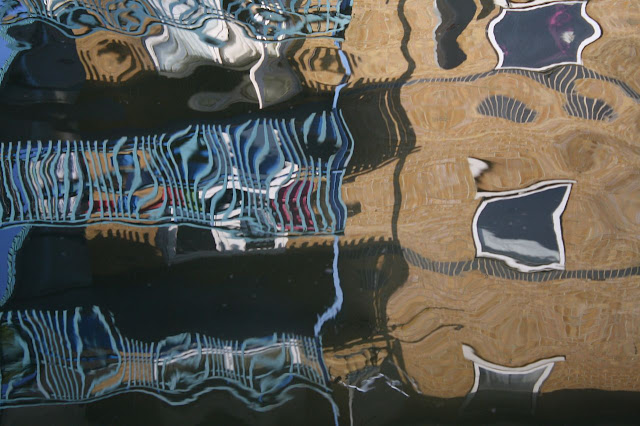 -- I discovered on Thursday that entering "how to kill a pheasant" into Google images produces, near the top, a photo of our late, great Ernie and Ruby tearing apart their pheasant dog toy. How funny is that?! I uploaded the picture to Flickr years ago so there's no mystery about why it's online, but I'm amused that search term brings it up. I discovered it because the picture got several hits the other day from someone using that search. Go on, try it!

-- Do you remember a musician from the late '70s and early '80s named Vangelis? He did a series of electronic compositions, some used in the TV show "Cosmos" and the most famous serving as the theme music for "Chariots of Fire." Well, my old journals recently reminded me that my friend John and I were Vangelis fans in high school. At the time we were excited about a piece called "China" that was used in a car commercial. I didn't really remember this piece, so I did some internet research and found the commercial in question. Turns out the piece itself isn't called "China," but it is from an album of that name. Back in 1981, John bought the album and gave me the song on tape, which made me happy. (The music hasn't aged particularly well -- now it sounds a bit bleepy and sterile!) 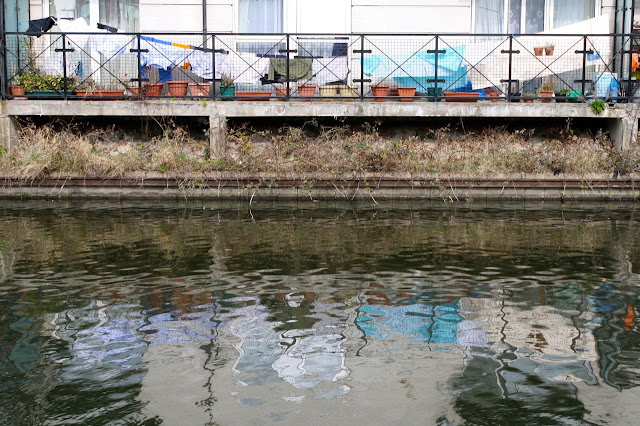 -- Went for a nice long run yesterday, 4.5 miles. It was such a perfect day, weather-wise, that the distance seemed relatively effortless. Sometimes I struggle to run just a couple of miles. It's amazing what a difference a nice day and cool temperatures can make.

-- I have discovered, the hard way, that geraniums cannot be left outside in a snowstorm. Now I'm rooting a few last, sheltered sprigs from our beautiful trailing geranium, which I allowed to perish on our balcony this winter. Next year I'll know to bring it inside. (Assuming the shoots survive.) Dave is excited, meanwhile, because he can put a tomato plant in the pot for the summer.

-- One of my blog readers mentioned feeling guilty about my koi (right). No matter how much she feeds them, she says, they always want more. I had a good laugh because I feel exactly the same way. It's so funny how these little computerized fish trigger a real caretaking impulse. My subconscious has never been convinced they're not real. When I feed them I find myself thinking, "There -- that should hold them for a while!"

(Photos: I've been playing around with reflections in the waters of the Grand Union Canal. I especially like it when people hang out colorful laundry!)
Posted by Steve Reed at 6:30 AM