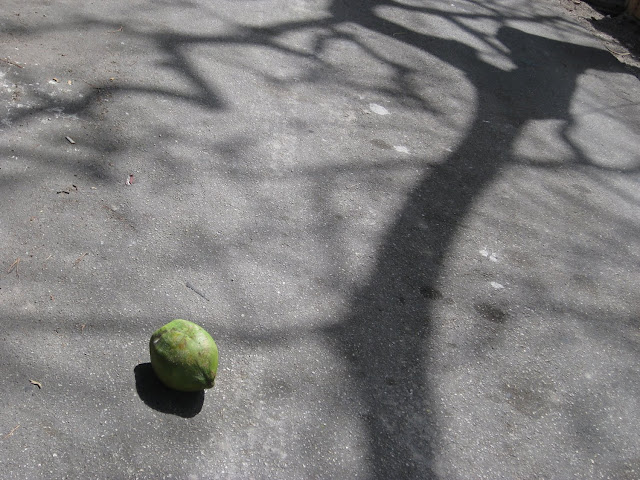 My mom and I have returned from our crazy two-day trip to the southernmost island in the continental U.S.! We've both always wanted to try the high-speed passenger ferry that runs from Fort Myers Beach to Key West. So on Tuesday morning we got up super-early, drove more than two hours to Fort Myers and caught the boat for the three-hour ride.

My conclusion: Using the ferry is easier than driving, but Key West is still a heck of a long way away. We left home at 4 a.m. on Tuesday and didn't get back until 1 a.m. this morning. I am definitely going to need a nap today. 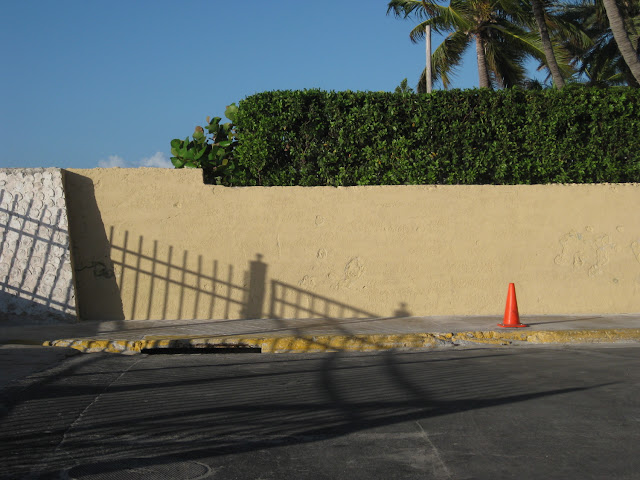 Having said that, though, we had a great time. We disembarked right at lunchtime on Tuesday, and stopped near the dock for some excellent seafood at Turtle Kraals, which is named for the pens where fishermen used to corral sea turtles. (Back when hunting them was legal -- shudder.) We wandered up and down Duval Street before checking in to our motel, and then we wandered some more. 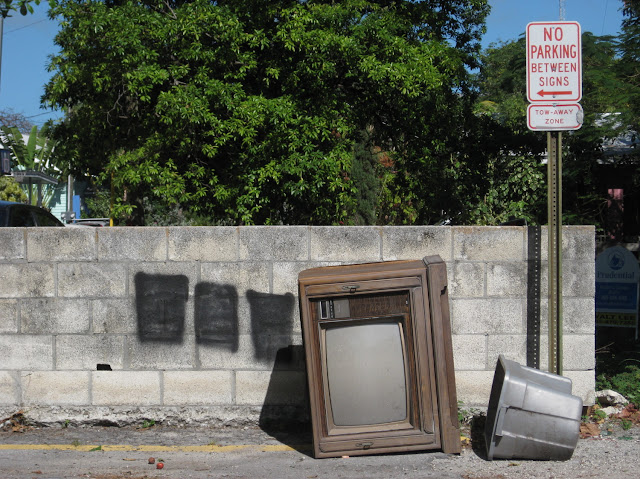 I dragged my poor 74-year-old mom all over that island. We saw the amazing cemetery, the Bahamian neighborhood and sunset at Mallory Square. We had a gin & tonic on the roof of the downtown La Concha Hotel, which I've never done in all the years I've visited. We ate at El Siboney, my favorite Cuban restaurant on the planet, and at Blue Heaven, which has a huge reputation and an undeniably great tropical courtyard with lots of ambience. We took a trolley tour that looped all the way around the island, which was a perfect way for mom to see all of Key West.

We saw Hemingway's house, the aquarium, President Truman's "little white house," the lighthouse and other attractions -- from the outside, that is, since my mom's rule is not to pay admission for what she can see from the street. And we walked around Fort Zachary Taylor, a pre-Civil War fortification on the island's southwest corner with cannons, thick concrete walls and a moat, all on a remote beachfront with casuarina trees and crystalline blue-green water.

I also had chocolate-covered frozen key lime pie on a stick, which is a great idea. 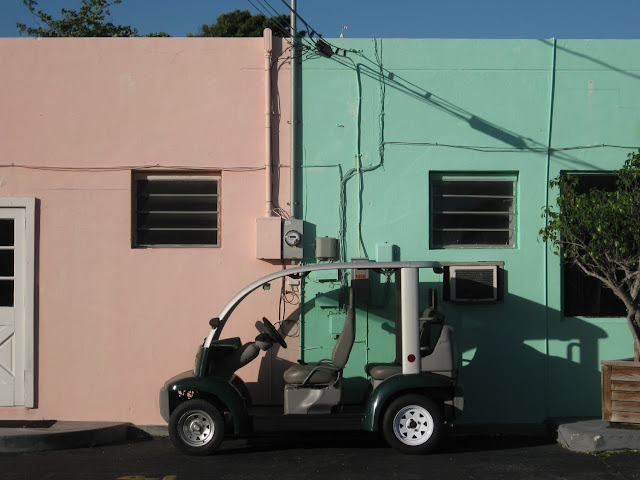 It's very hard for me to walk around Key West and not miss the old days. I've been going there since 1985, and back then, it was a quaint, bohemian place -- also a traditional gay haven. It was hard to get to, and that kept most people away.

Over the last 15 years or so, though, cruise ships have started docking in Key West and ferry service has made the island more accessible. (When we were there, two big Carnival cruise ships were in port, no doubt disgorging hundreds and hundreds of passengers.) The changes to the island have been undeniable -- the tourists tend to be much older now, and there are many, many more of them. There are still gay guesthouses and at least one prominent gay bar, but otherwise I saw very little evidence of Key West's former status as a gay vacation mecca. And while there are local artists and craftsmen (and -women) along Duval Street, there's also a Banana Republic, a Starbucks and a lot of tourist schlock.

I'm afraid I probably bored my mom to tears pointing out all the places I'd been on past visits with my friends Kevin, Suzanne and Robert. Many other places are gone, closed or irreparably changed for the worst.

But oh well. Key West is still a lot of fun. It's just not like it was.

(Photos: A coconut on an Old Town street, a wall near the Southernmost Point, a discarded TV in Bahama Village, and a colorful wall which you might recognize if you have a really, really good memory.)