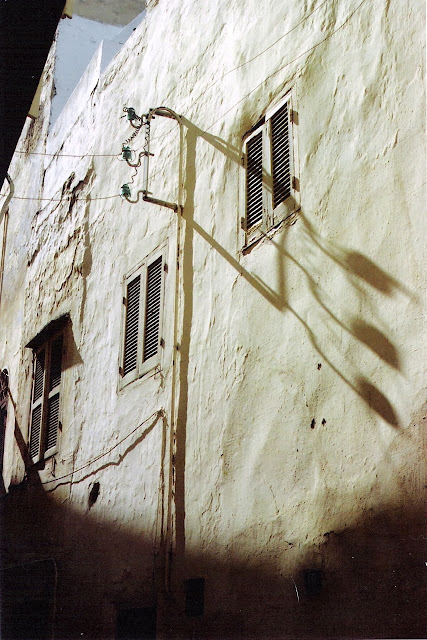 While I was visiting my mom in Florida, I stumbled onto the negatives from a roll of film I shot in July 1993 in Tangier, Morocco, when I was in the Peace Corps. I'd had them printed at the time, but the prints were poor quality and when I culled my photos before returning to the states I threw them out. So I hadn't seen the images in years. 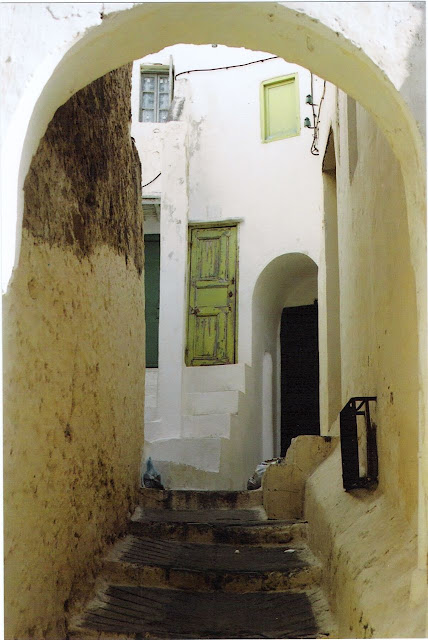 I brought the negatives back to England and had them reprinted. Voila -- some of my early street photography! 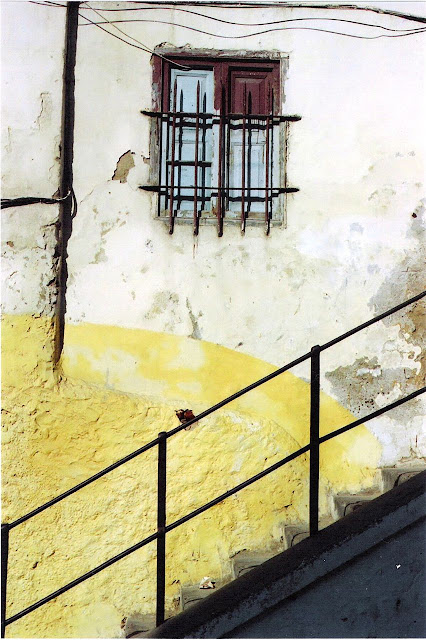 I remember the day well. I was visiting Tangier for an art opening, of all things. My friend Stacey, a painter, was showing watercolors at the American Legation. I stayed at the home of a fellow volunteer, Susan, and I still remember waking early in the morning and stepping out onto her rooftop terrace, overlooking the city. I watched the sun rise and listened to the chickens and traffic come to life.

During my visit, Stacey gave me a small tattoo of an infinity sign (∞) on the outer side of my right heel -- to this day, and probably for the rest of my life, my only tattoo. After she administered the tattoo with a sterilized basting needle -- ah, youth! -- we wandered in the medina, or old walled city. That's when I took these photos. 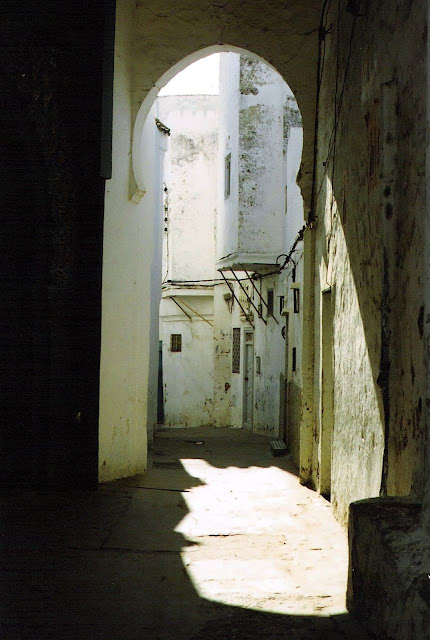 I really liked Stacey. She made a habit of dressing in pounds of heavy Berber silver jewelry, and she was decoratively tattooed herself. I lost touch with her after Peace Corps, but I still have a watercolor painting she did of one of my favorite spots in the village where I lived -- a twisted, shady argan tree near the tomb of a muslim holy man. 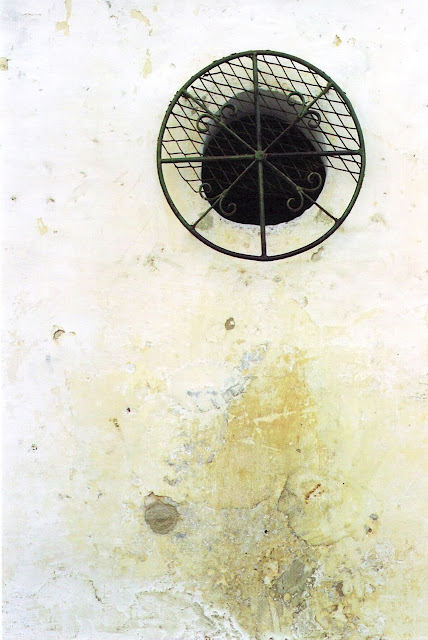 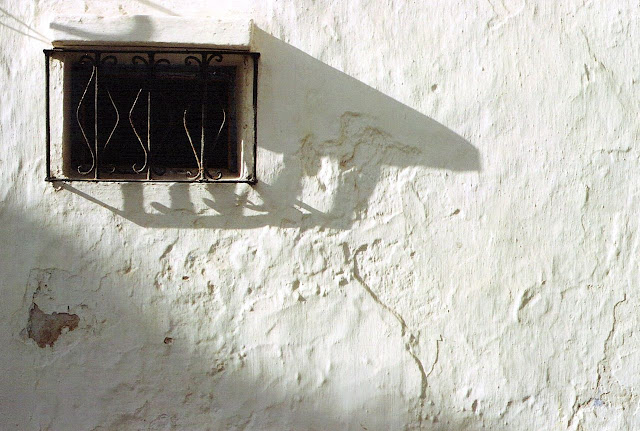 In Tangier I was fascinated by the tiny windows in the walls of some of the houses. 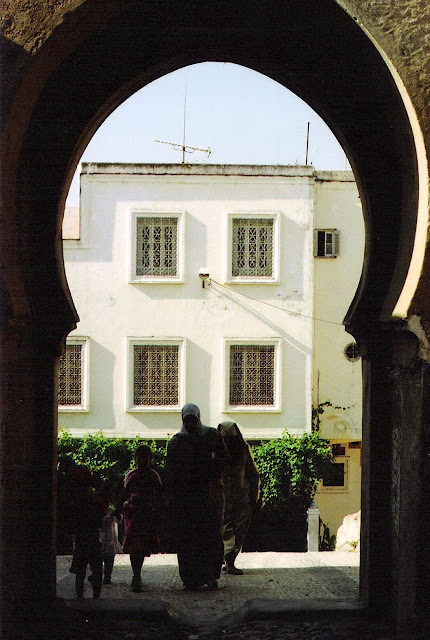 Unfortunately, I took only one photo that included people -- and it's way underexposed. Oh well. 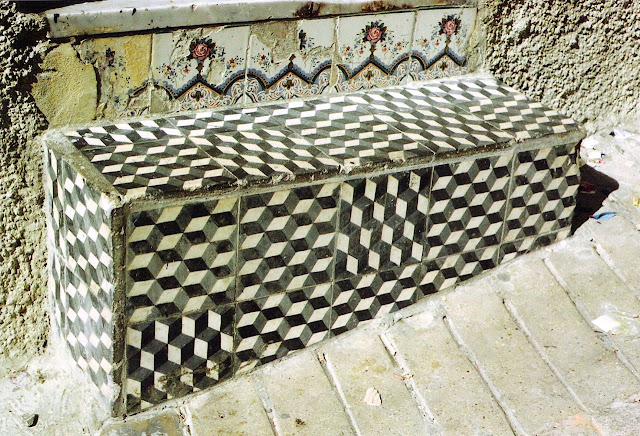 I still remember this crazily tiled threshold. We called it the "M.C. Escher Memorial Doorstep." 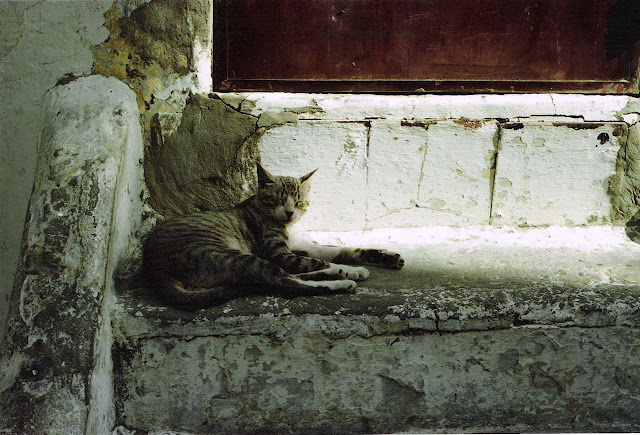 And here's a solitary Tangier street cat, appearing content in a shady doorway.

Most travelers have a negative or at best neutral impression of Tangier. That's because they come from Spain on the ferry across the Strait of Gibraltar and are besieged at the dock by young men seeking to make quick money as guides for tourists. (At least, that was the case in 1993.) It's no Fez or Marrakech, but Tangier is not without its charms.
Posted by Steve Reed at 7:20 AM