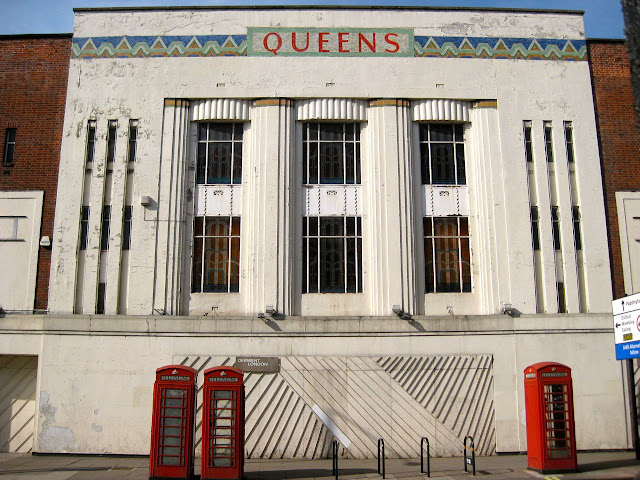 This old Art Deco cinema is on Bishop's Bridge Road in Bayswater, not far from our neighborhood. I've long admired the building, but photographing it was a challenge. I wanted a good straight-on shot that didn't cut off the bottoms of the artfully positioned phone booths out front -- but I couldn't step any further back without a troublesome light post creeping into the frame. This (above) was the best I could do. 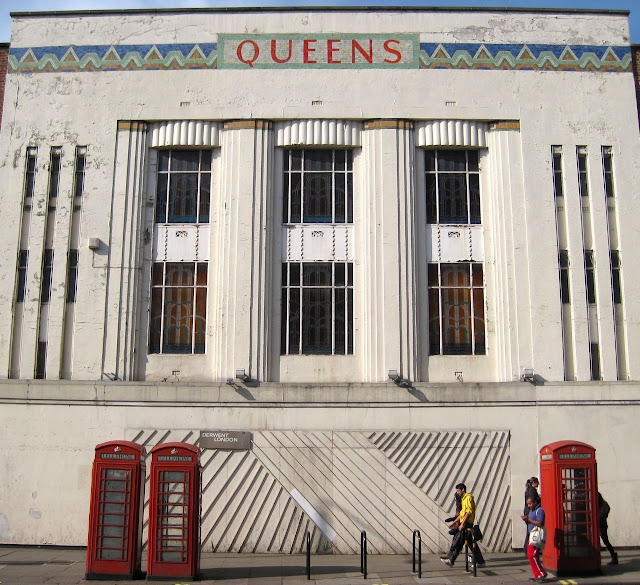 Finally I just stepped as far back as possible, took the picture and later cropped out the light post. I suppose that works. 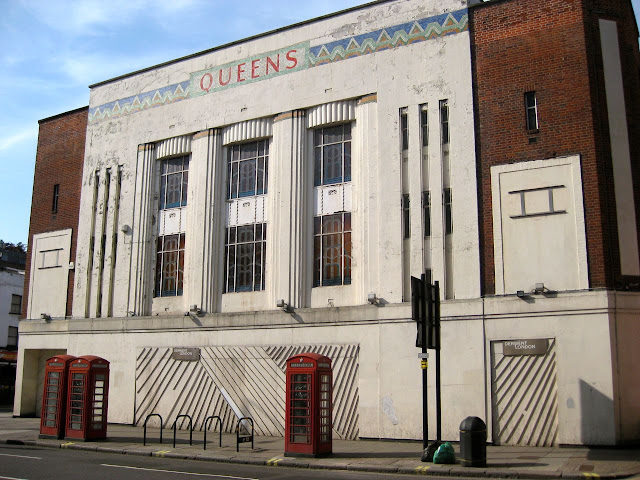 Taking a photo from the side isn't so hard.

According to this web site the cinema opened in 1932 and closed in 1988. It spent part of the years since as a TGI Friday's restaurant, but that closed in 2007. As long as we've lived here it's looked exactly like this.

Apparently a developer called Derwent London has plans to redevelop the site into apartments and retail space. If I'm calculating correctly, they'll be quite large apartments, too -- 16 of them at an average of just under 1,200 square feet. (I'm sure some will be larger and some smaller, given the number of bedrooms.) If you're really, really interested, details are here and here.

Work is supposed to begin next year and finish in 2014. The building facade will be preserved, thankfully.
Posted by Steve Reed at 8:12 AM