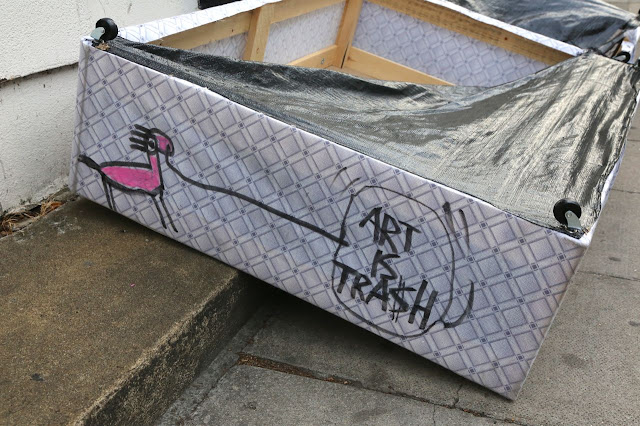 Remember the "Art is Trash" filing cabinet that I found in Islington a few weeks ago? Well, here's another street find by the same artist -- this time in our neighborhood. Funnily enough, this guy seems to be everywhere lately. Dave and I saw lots of his work in Barcelona, and now he has an exhibit in a gallery just a few blocks from our flat.

Speaking of which, I finally finished putting my Barcelona photos on Flickr. Feel free to browse, if you'd like, but be warned -- there are 258 of them! 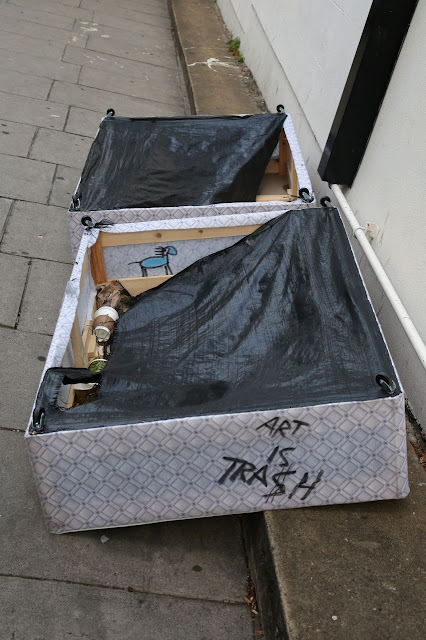 Last night I told Dave I was feeling very behind on things, so we didn't turn on the TV at all. I just sat and read, working my way through several magazines and blogs, and then wrote some e-mails and took care of things around the house. Finally I feel like that cloud has lifted.

I had a chance to read, among other things, the Rolling Stone issue featuring Dzokhar Tsarnaev on the cover -- the one some of the folks in Boston got so steamed about. It was a fascinating article. I don't think it glamorized him at all, but it did make me understand how utterly abandoned he was. His parents had a contentious relationship and had moved back to Russia, his sisters had essentially vanished after having apparently been paired off in arranged marriages, and he was trying (not very successfully) to work his way through college on his own. All he had, besides a pot habit, was his increasingly extremist brother. None of that excuses his actions, but it helps us understand how a kid who seemed so westernized could have turned so completely against his adopted society.
Posted by Steve Reed at 6:49 AM