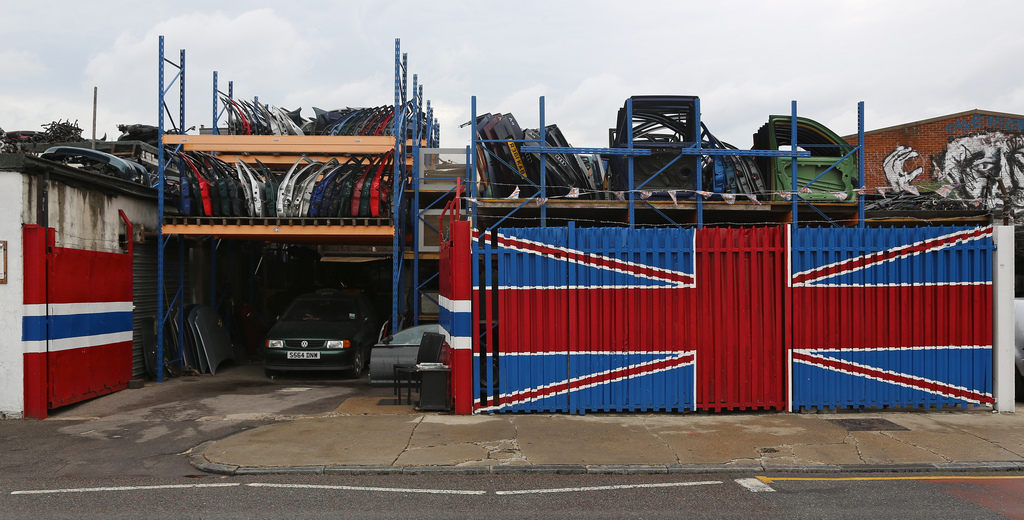 School has started, at least for teachers and staff. The kids don't arrive until next week. Yesterday was busy for me, regardless -- I created a display of books and films about London, and re-shelved most of the graphic novels and world languages sections. You know, I always thought of working in a library as a sort of intellectual job, one that involves lots of reading and knowledge. But the truth is, a lot of times you're handling books as objects. They have to be filed correctly, but otherwise they could be any kind of widget.

Having said that, I have already learned a lot, though. I'm digging it.

Last night I was reading the Evening Standard (or "Eeny Stannit," as it's known in a common Cockney transliteration), and I came across this story about people caught selling crack on CCTV in Soho. Check out the photo of the guy with the dog -- it could be Olga's brother! (Or maybe sister?) I couldn't believe how much it looks like her, except Olga has a bit more white in her coat.

We finished watching "It's a Mad Mad Mad Mad World" last night, though I had to rent it again because the iTunes 24-hour time limit expired before we could finish it. The tyranny of Apple!
Posted by Steve Reed at 6:51 AM