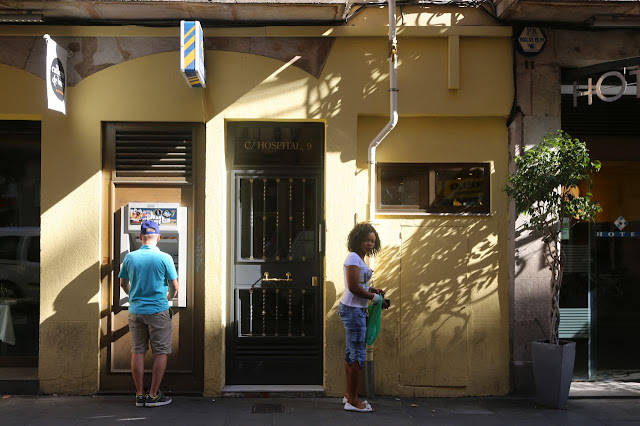 It is so bright here, and so hot. Apparently even London was in the high 80s yesterday, so we're not alone, but walking on La Rambla with all the zillions of other tourists in the afternoon was definitely an exercise in perseverance. Sangria helped -- as well as the light, which makes for great shadows and great photos! 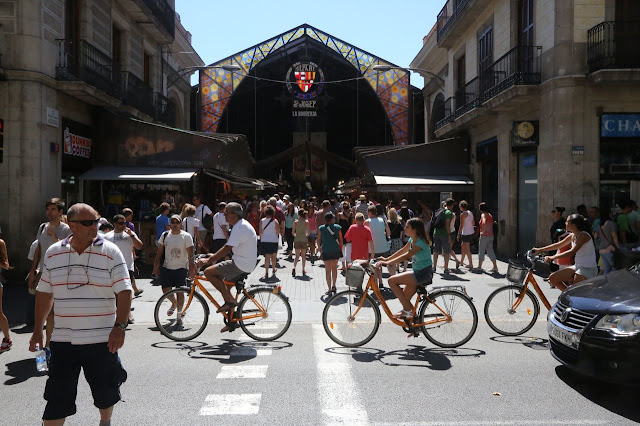 So, yes, Barcelona! We haven't seen much yet, aside from the central business district right around La Rambla, which is a large pedestrian thoroughfare that runs down to the water. It is apparently the place to promenade, though as Dave and I walked it yesterday afternoon we noted that many of the people who were out at that time did not appear to be Spanish. (Maybe the Spaniards were taking a siesta?) 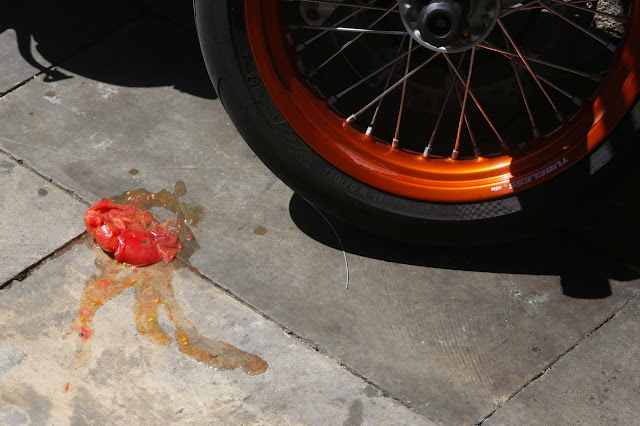 We had lunch in the open-air food market -- clams for me, a seafood assortment for Dave. I tried to order something I wouldn't normally eat, just to be experimental. I am still not a huge fan of clams, but somehow they added to the feeling that I really was in a different place. 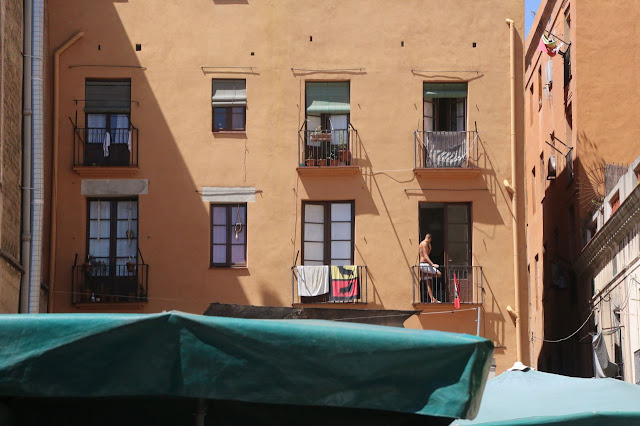 Our flight was uneventful -- we passed over the Pyrenees, the mountains that form the border between France and Spain, which were snowy on top even at this time of year. I had considered trying to go to Andorra, a tiny country up in the mountains that sparked my curiosity because of my affinity for remote places -- but apparently it's basically a haven for low-tax shopping with skiing in winter. We're not into shopping or skiing, so we decided to skip Andorra. 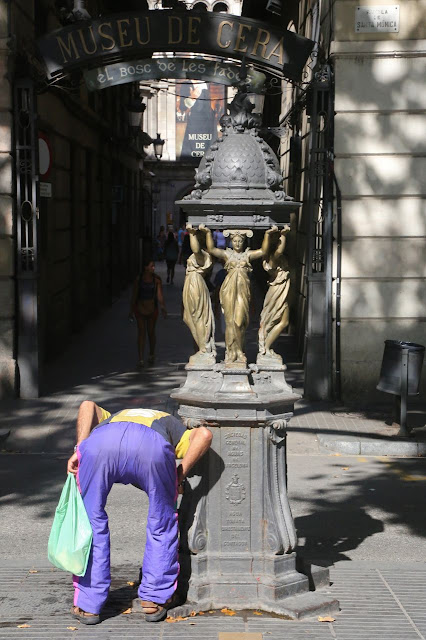 Last night we had tapas for dinner, of course. Then we came back to the hotel and watched an episode of "Green Acres" on YouTube. It's admittedly ridiculous to spend an evening in Barcelona watching events unfold in Hooterville, but what can I say? It's the TV equivalent of comfort food! (We did also watch some Spanish television, including a newscast about the heat and 20 surreal minutes of "Whatever Happened to Baby Jane?" dubbed in Spanish.)
Posted by Steve Reed at 7:09 AM