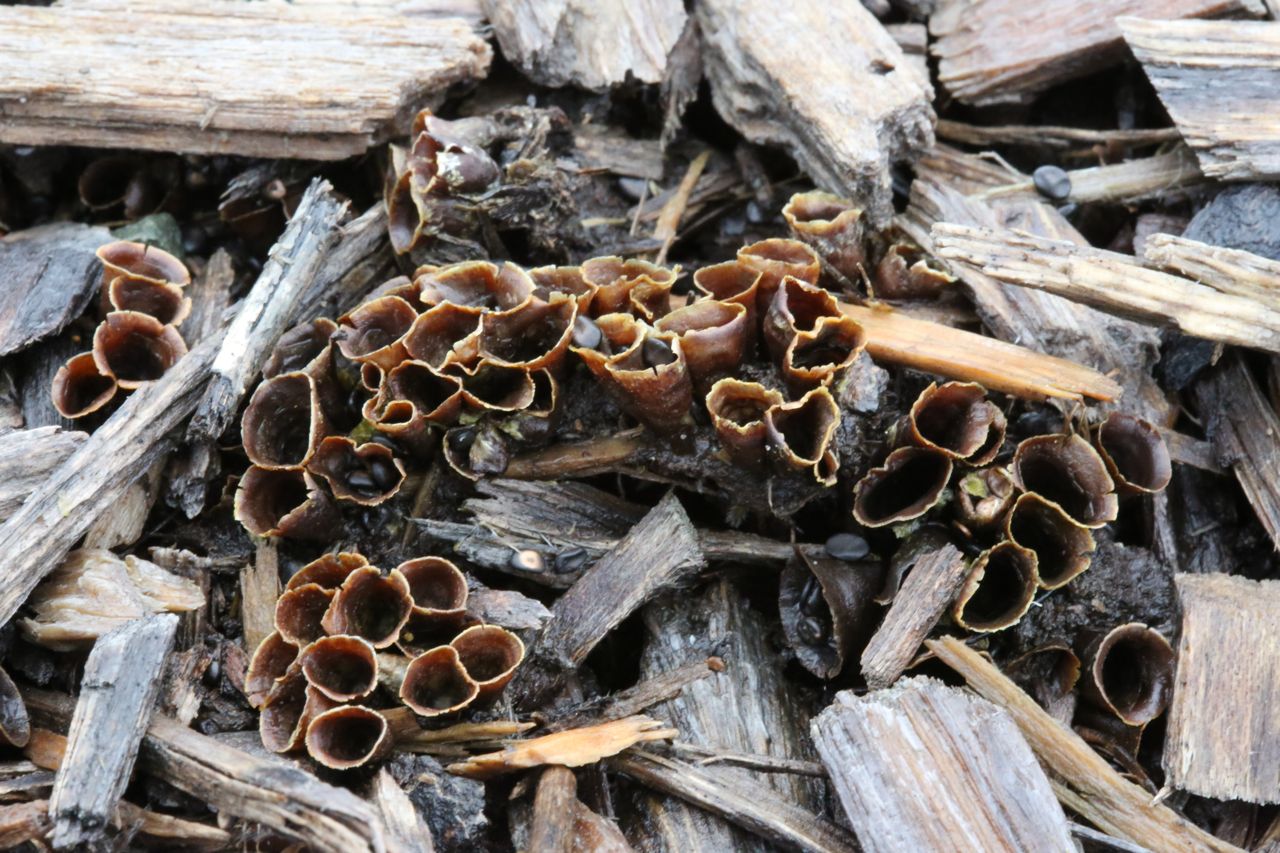 While walking the (very short) nature trail near Dave's parents' house, I noticed mats of this peculiar organism growing among the mulch. It's some kind of a cup-shaped fungus, from what I can tell. I looked online and I think what I'm seeing is artillery or cannonball fungus. 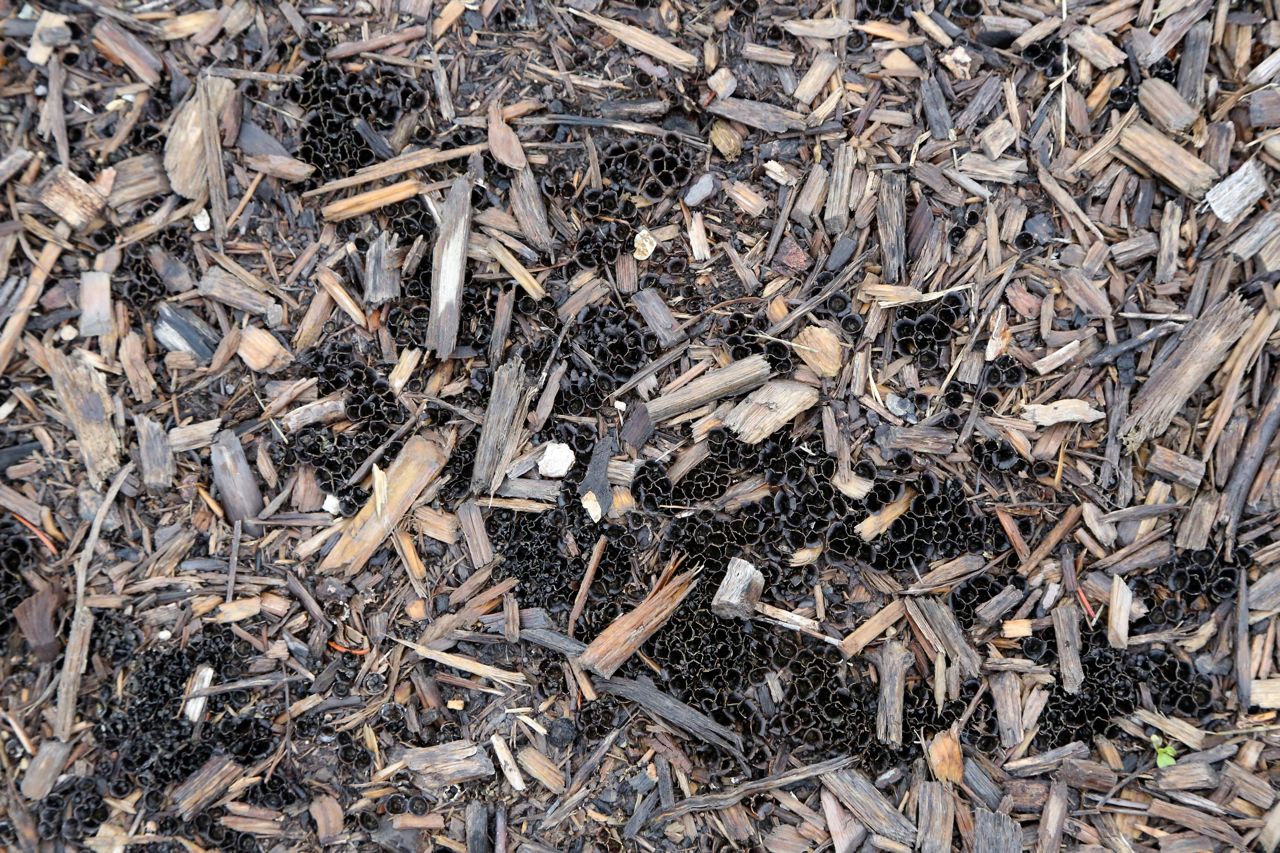 Fortunately the area where I found it is not near any houses -- because apparently those little fungal cups explode to release their spores, and those spores are super-sticky. Homeowners hate them. Out on the nature trail they're not doing any harm, and in fact I think all these are spent. I thought they were interesting. I don't recall ever seeing them before.

Yesterday was a day for errands, mostly. We went to the post office to get some information about shipping, and then Dave insisted on going to White Castle for lunch. My idea of a nightmare, but he loves it. I had four tiny burger "sliders" and they sat in my stomach like rocks for the next two hours.

Then we went to the grocery store to pick up more food -- we are constantly shopping -- and I found a pleasant surprise in the produce aisle. 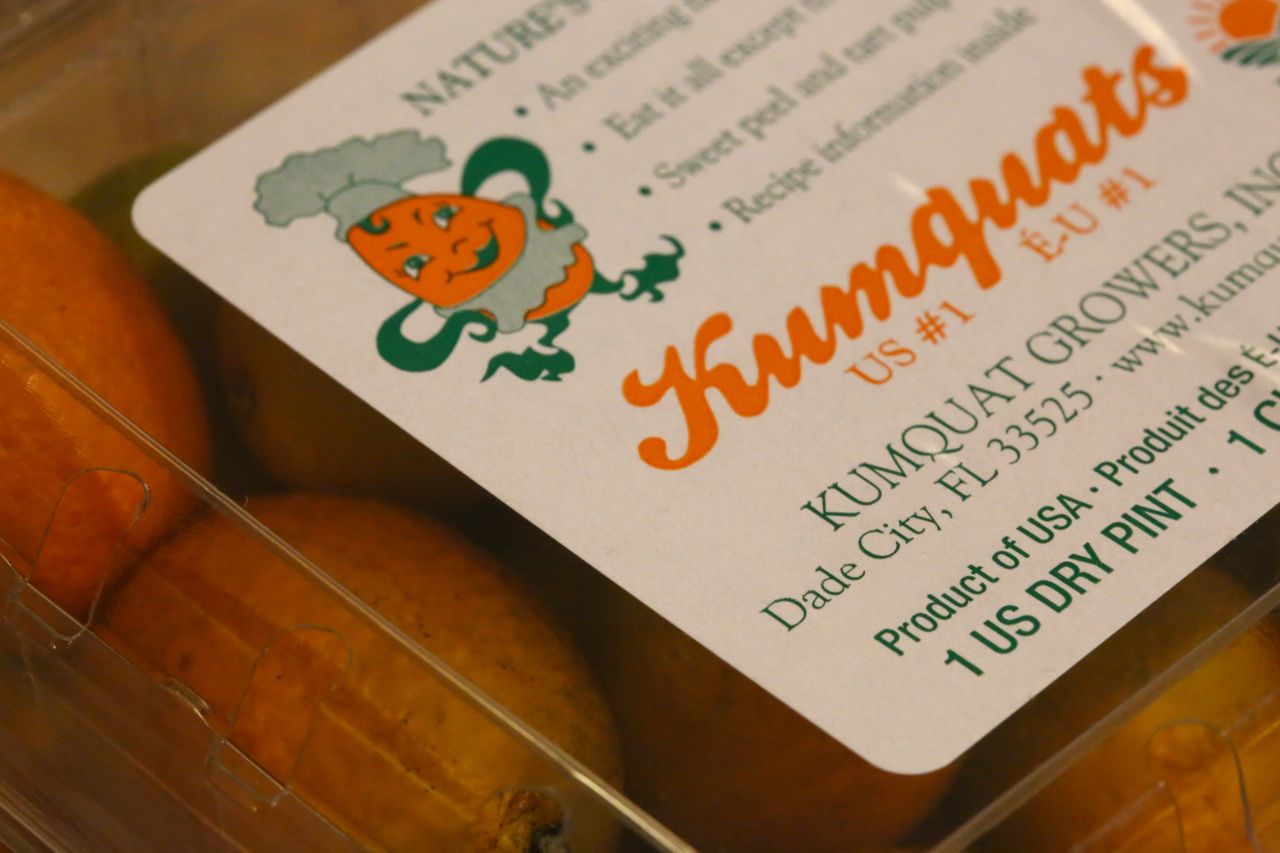 Not only are they kumquats, which I love, but do you see where they're from? Dade City is about 20 miles from the house in Florida where I grew up. It's so funny to get Pasco County kumquats all the way up here in Michigan.

Of course I bought them. A taste of home!
Posted by Steve Reed at 11:47 AM