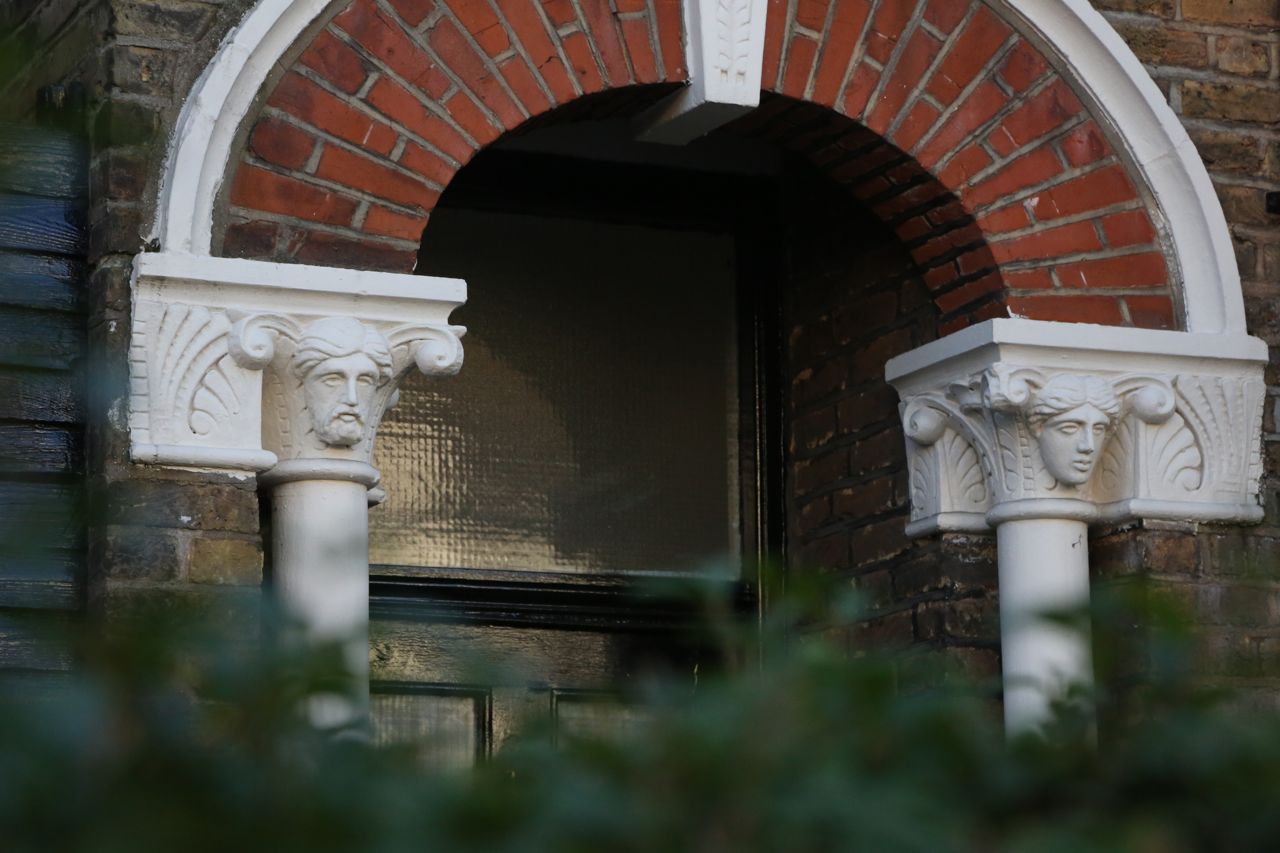 I discovered an interesting street while out walking yesterday near Willesden Junction in West London...a long row of Victorian or Edwardian houses with little sculptured portraits on pediments near the front doors. 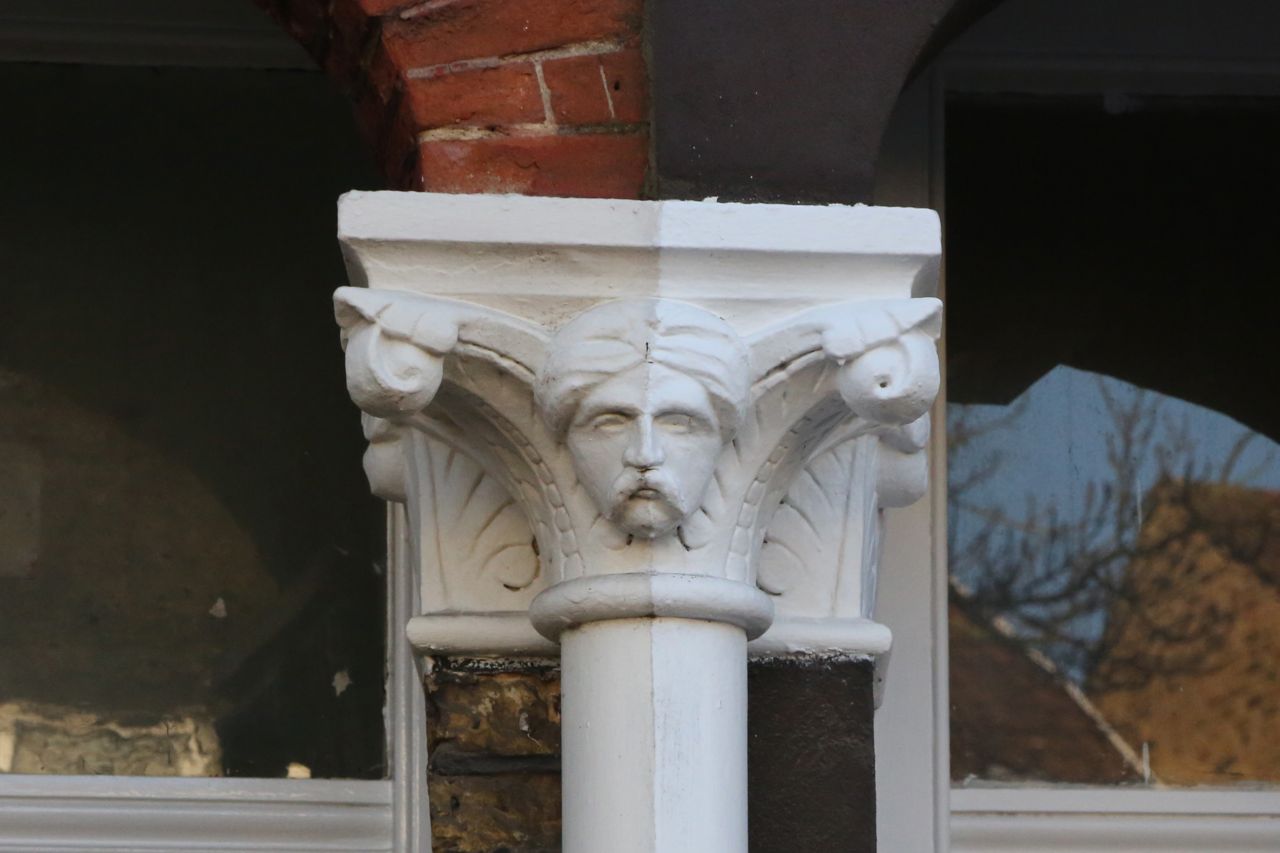 The sculptural elements aren't all that unusual for their mere presence -- a lot of houses in London have faces carved into them. But these seemed very distinctive. The guy above, for example, seems to have a turban...or is that just his hair? 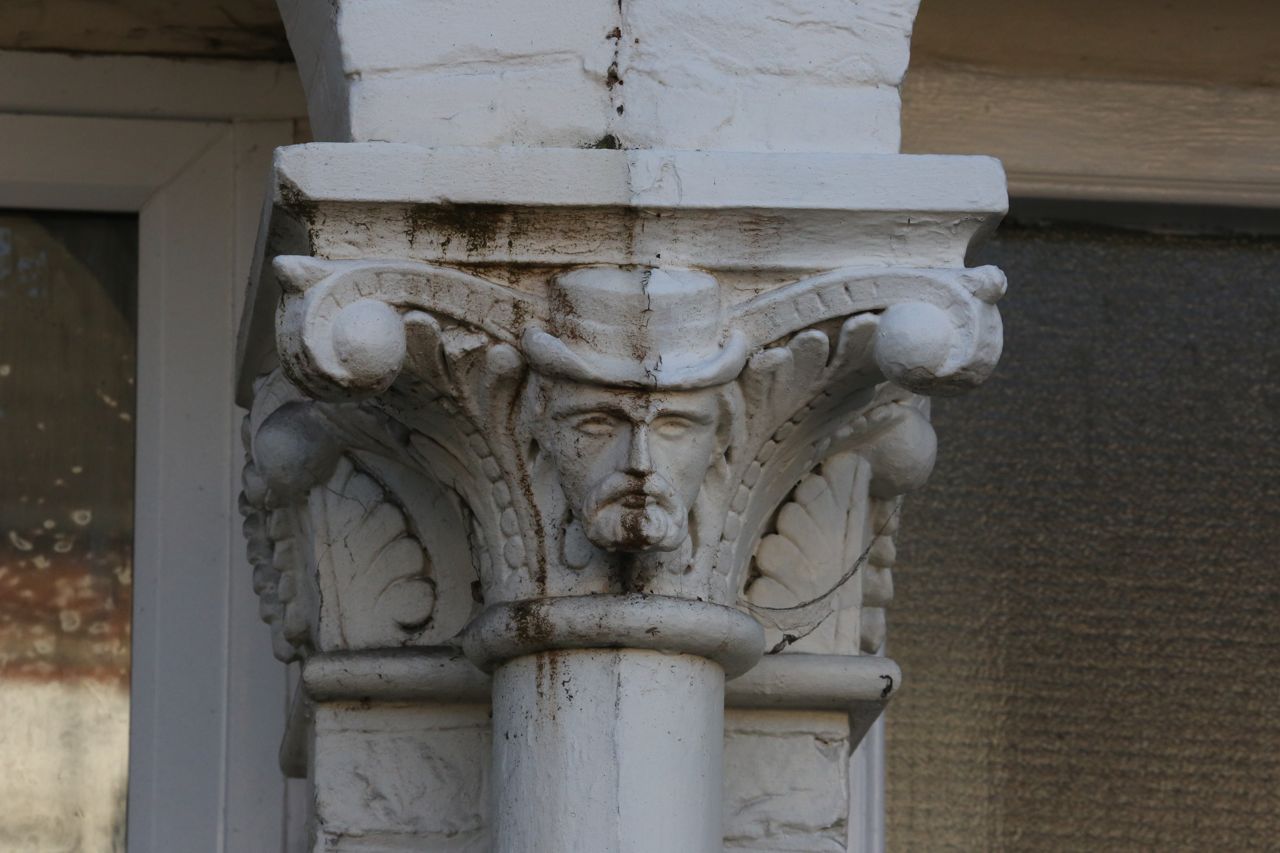 This one has a hat and a sort of Mark Twain appearance. 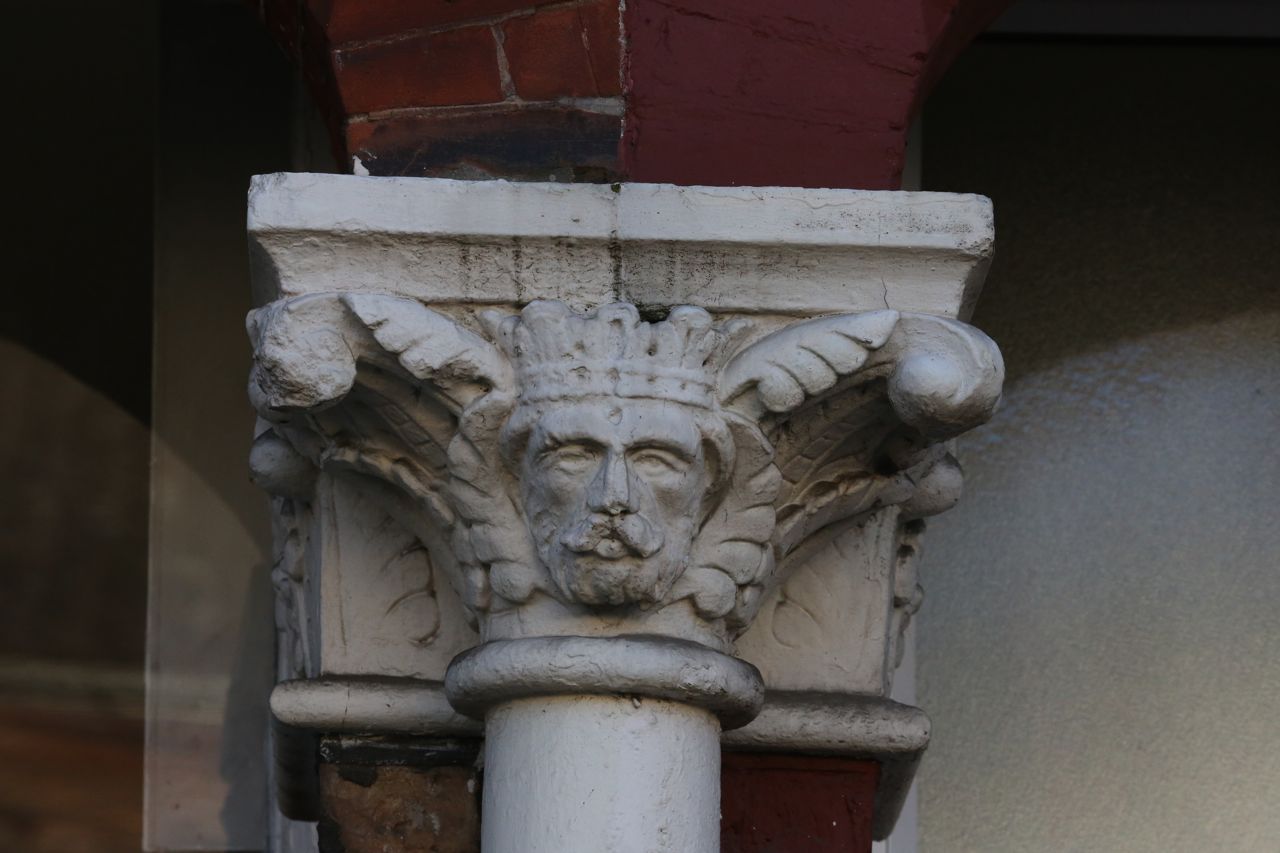 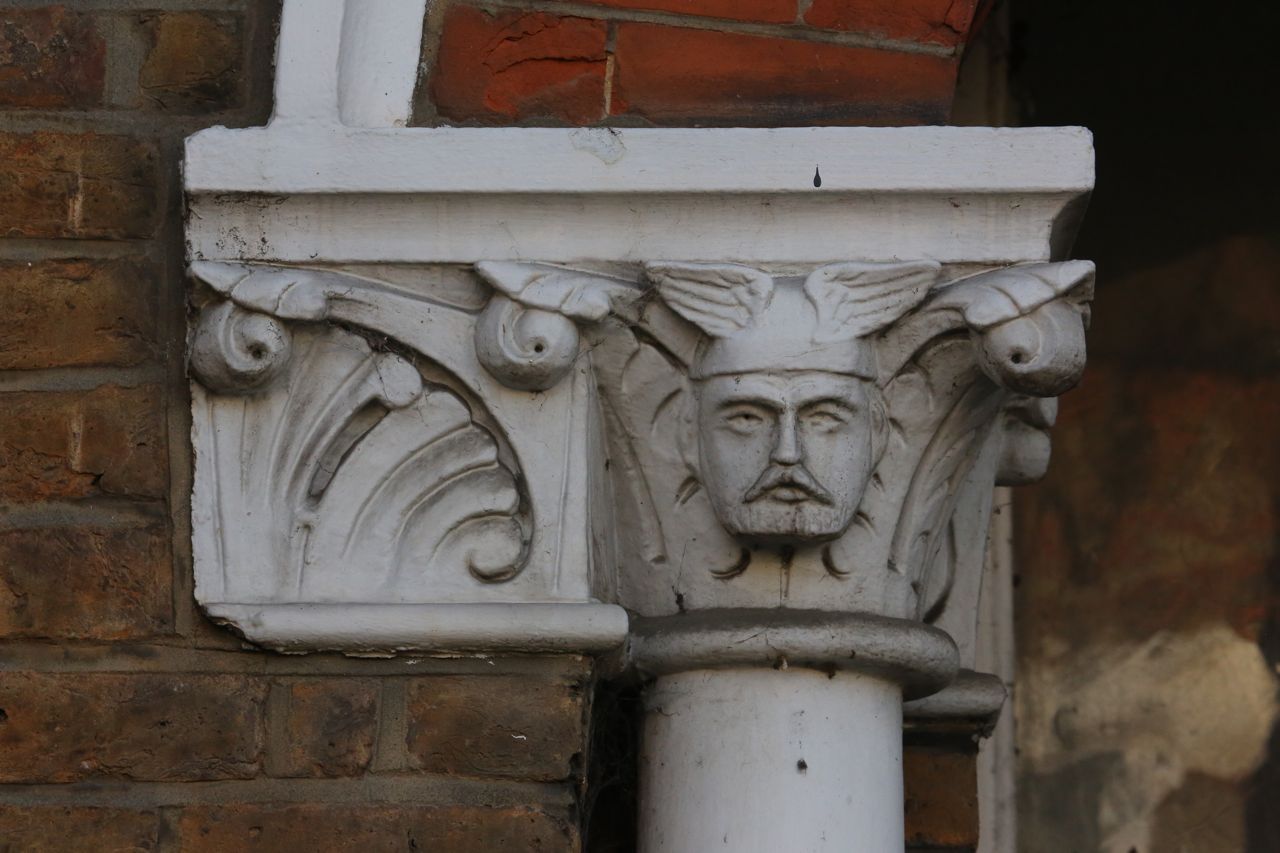 ...and a mustachioed Mercury. 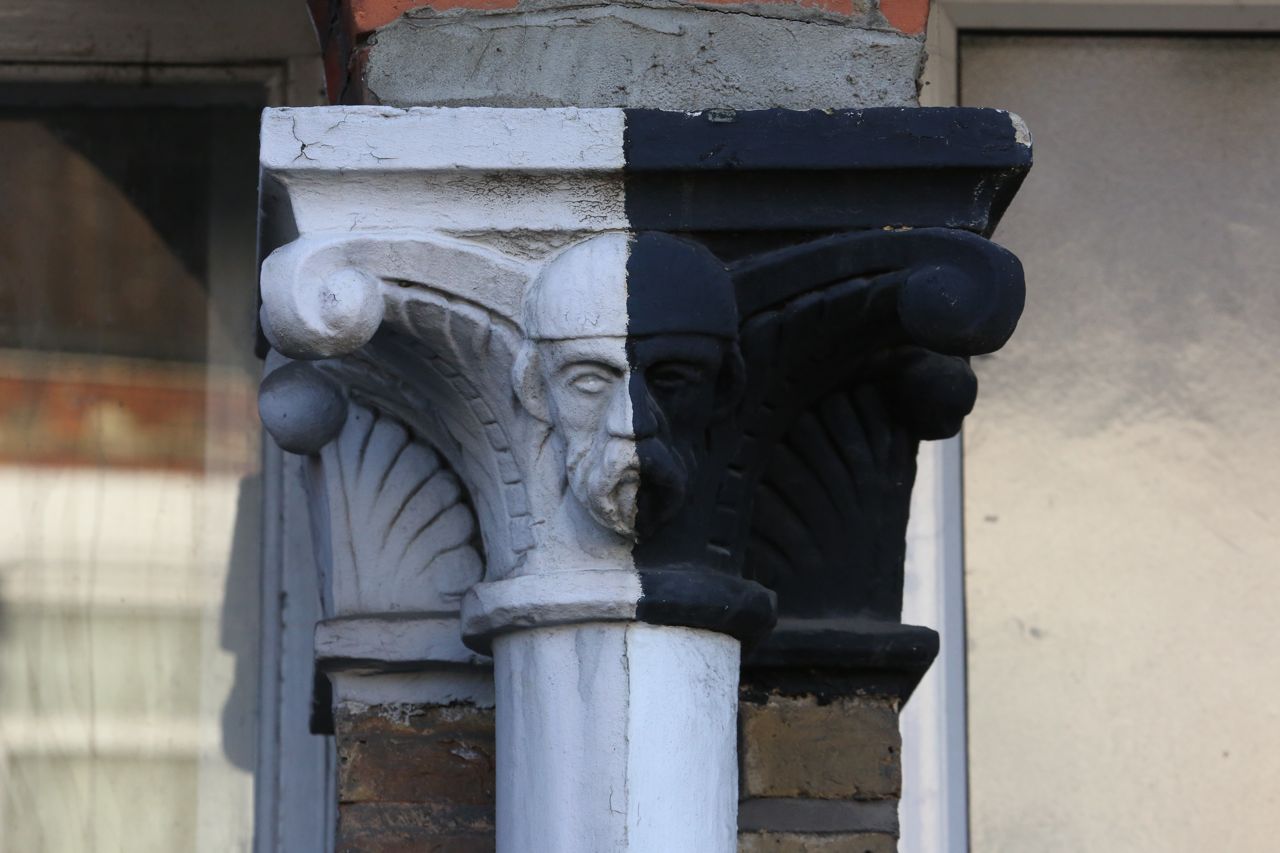 My favorite, though, was this one. With the column between two front doors evenly divided between two houses -- one with a white paint scheme, one with a black -- how else to paint him? He looks like one of those guys from the Star Trek episode about the half-white, half-black aliens who hate each other.

All in all, I had a good day walking. Chilly temperatures but bright sunshine! I shot 66 streets in what is likely to be my last major outing for Bleeding London. I may try to snap a few more stray streets here and there before the end of the year, but we'll be off to Michigan soon so no more daylong walks are likely. (For that particular project, anyway.)
Posted by Steve Reed at 6:36 AM