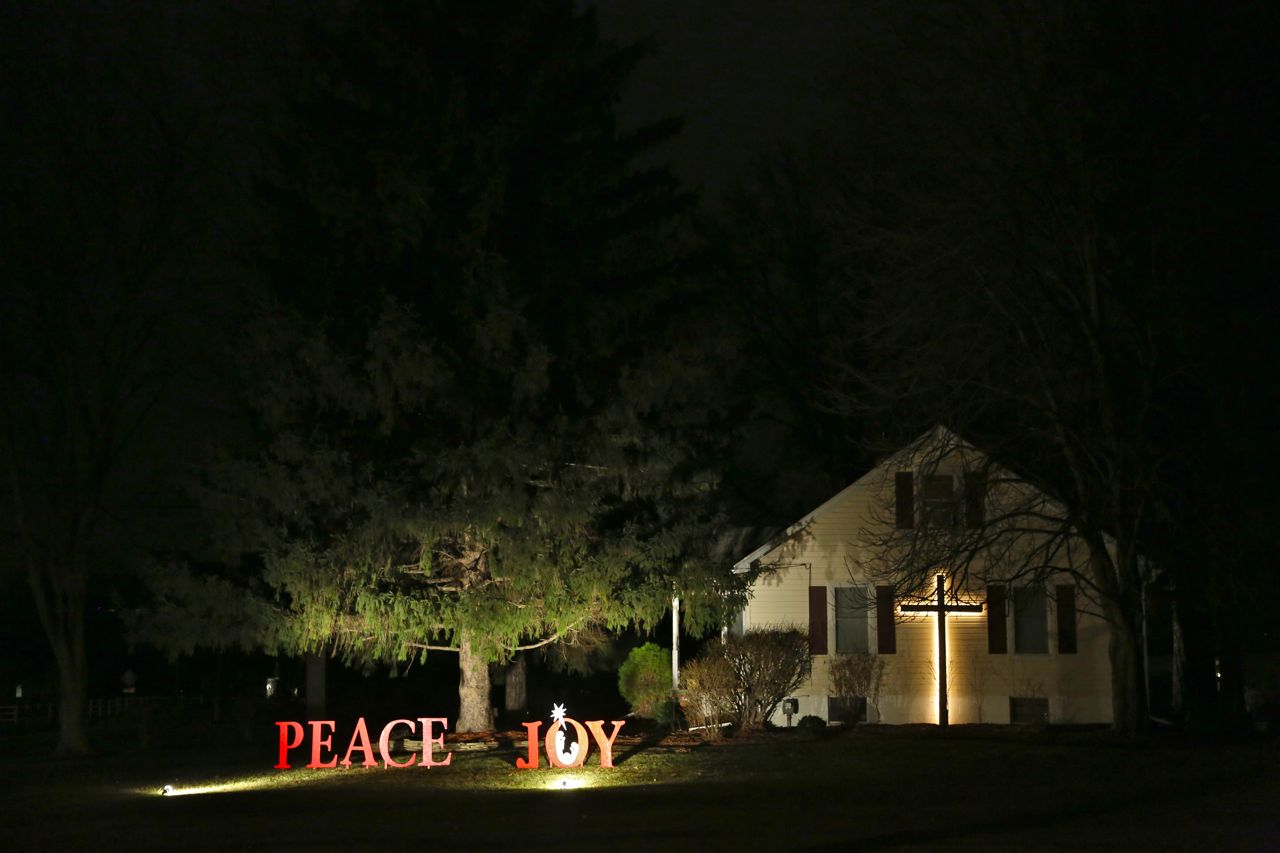 Yesterday, Dave and I launched into the boxes of stored stuff in the basement. There's really not that much -- I'm making it sound like a bigger job than it is. But it kept us busy for an hour or two, and Dave is a reluctant participant. He's just not into cleaning stuff out.

There are boxes of old pictures, mostly from marching band and concert band performance trips that Dave took with this students. He's going to have to decide which photos to keep, but from my perspective, the ones showing marchers on a football field are really pointless. Everyone looks like an ant.

We did find a few items that we'll take back with us, like our gong wind chime. And we found a terrific set of martini glasses and some large, framed artwork that we'll have to ship back -- there's no way to carry it on the plane.

In the afternoon, just to get out of the house and get some exercise, I took a walk around the neighborhood. Dave's parents live in a very clean, very beige new development of cookie-cutter houses, mostly for retired people. Everything is manicured. God forbid a blade of grass should be out of place. I didn't see a whole lot of photographic potential -- in fact I didn't even bring my camera.

Meanwhile, our kennel in London sent us a few snapshots of Olga: 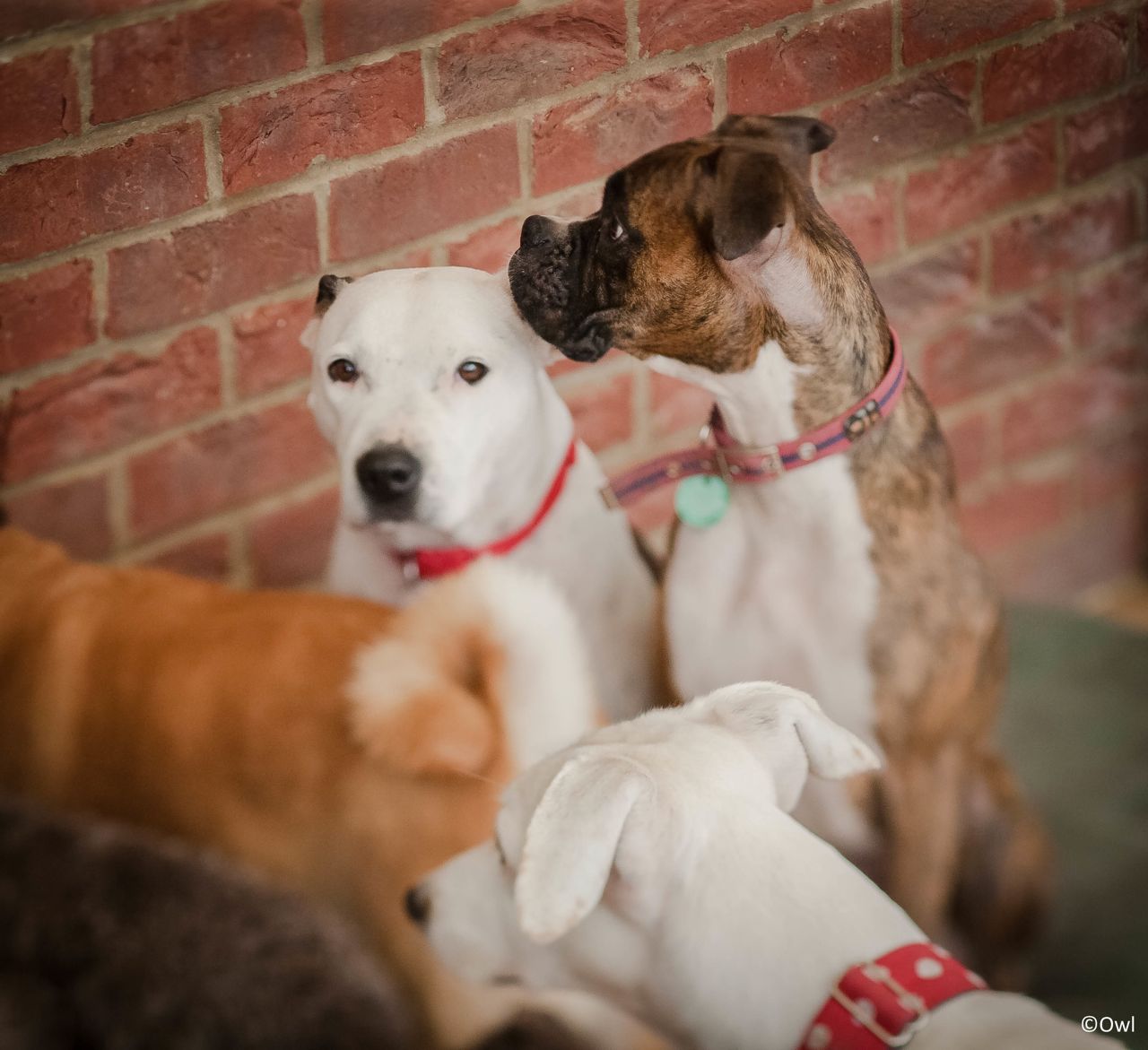 Their intention was to show us how well she's doing. But look at her expression! Dave and I both took one look and said, "That dog is not happy." Poor thing!

At least in the next picture (below) she's having some fun with an interfering bulldog. Olga does love a good stick.

We had to buy that silly red collar when we dropped her off because the woman who owns the kennel insisted she needed a collar to hold the kennel ID tag. They wouldn't tag her harness, and they wouldn't loan us a collar. No doubt they make a hefty profit on the dog supplies they sell. 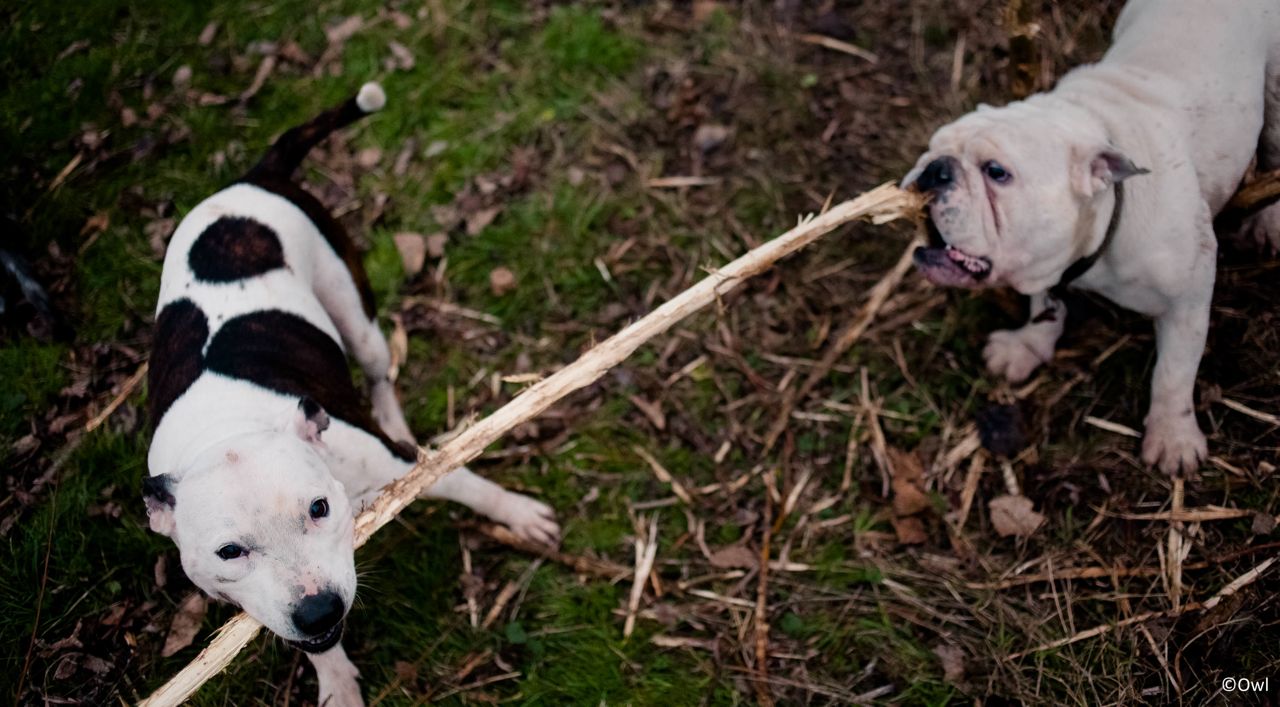 All right, enough Scroogey remarks. Hard to believe it's Christmas eve! Where has this year gone?

(Top photo: This house is outside Dave's parents' development, on a street with some older homes. Love the lighting!)
Posted by Steve Reed at 11:38 AM