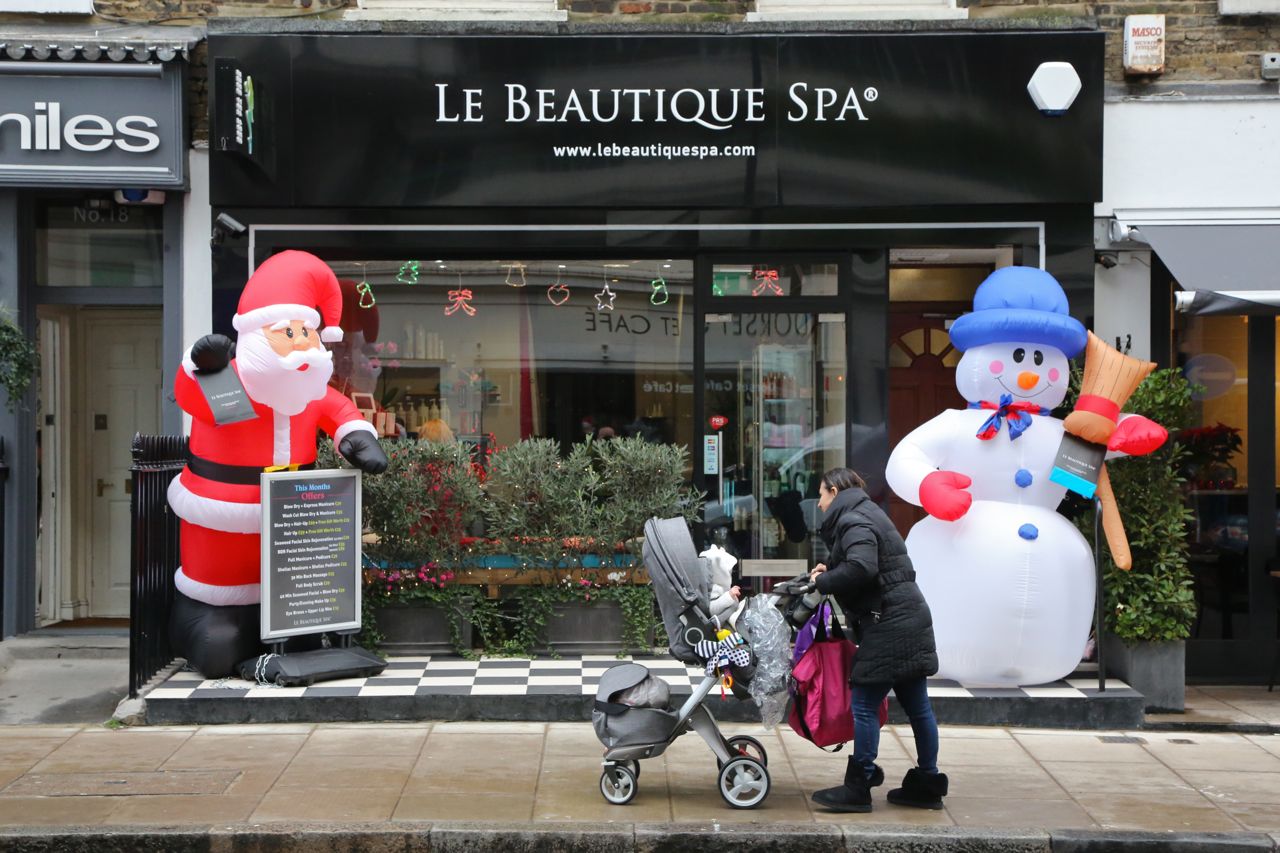 This is the way to terrify your kid -- stop his stroller in front of a huge inflatable snowman. Good grief.

Another busy day yesterday, but I did get out at lunchtime for some quick photography -- three more uncovered streets for Bleeding London. Apparently we are not ending the project completely at the end of the year, as I expected. We're going to do even more coordinated, targeted shooting through January and possibly up until Easter, or as long as it takes to cover the remaining streets.

I have mixed feelings about this, as part of me would like to move on to other things, but honestly I still have a lot of fun going out and "collecting" streets. So what the heck. I figure I can get some shooting in tomorrow (when we leave work early) and Saturday, before Dave and I fly to Michigan on Sunday. I think by the end of January I can finish the NW10 and NW3 postcodes, and I'm sure I'll shoot elsewhere too.

I wore my Christmas sweater again yesterday. Man, that thing is hot.

I am so impressed with Obama for normalizing relations with Cuba. It's about time. It's silly to maintain a Cold War standoff with little relevance in the modern world, especially with Fidel aging and infirm. As for the cafe incident in Sydney -- why wasn't that guy in custody? He was suspected in a murder, for God's sake, not to mention a string of sexual assaults. I can't imagine why the Australian justice system allowed him to be out on bail, wandering the streets.

And as for Pakistan, well, I just have no words for that.

(Photo: Yesterday, in Marylebone.)
Posted by Steve Reed at 6:58 AM