An Incident at the Grocery Store 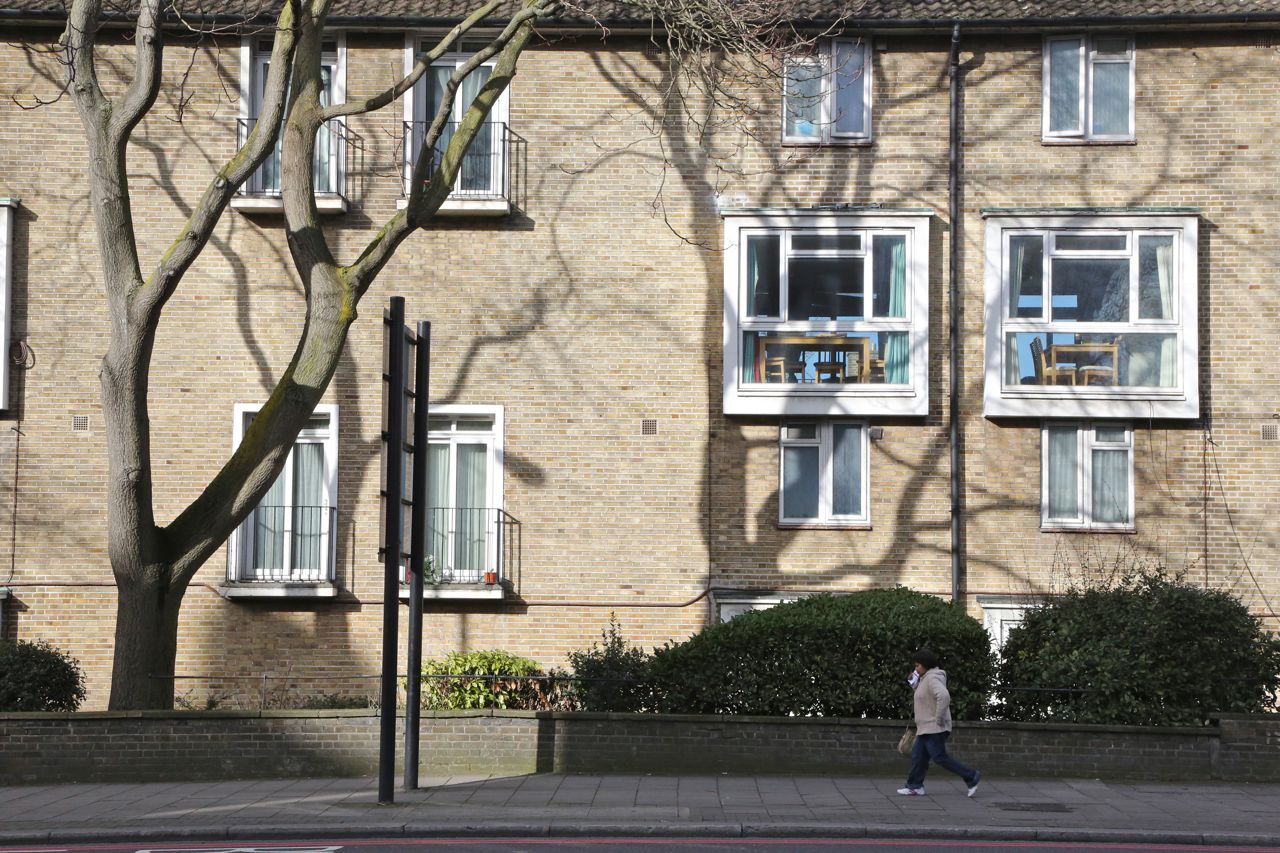 I think my "bronchitis" is actually just a minor, garden-variety cold. This morning it's more in my nose and throat than in my chest. So I have high hopes it will subside before our upcoming trip. My boss basically pleaded with me not to call in sick today, so I guess I'm going to work, too! (I'd go anyway. My rule is, unless I have a fever, I go in.)

We had a strenuously busy day yesterday. It was our visiting author's final day and I was trying to coordinate the signing of about a zillion books that people had purchased and left for her to sign. For the most part it went well. One of the books got lost somewhere in the mix, and how that happened I am not sure, but it was no big deal and we solved the problem in the end. The author was so gracious and patient. She was terrific.

Here's an exchange Dave and I had late in the day, while I was at work and he was at the grocery store: 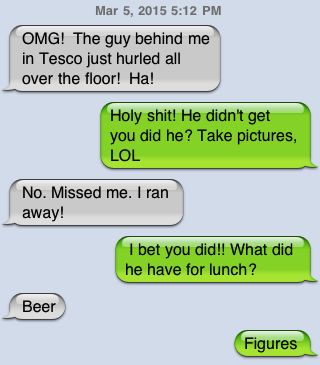 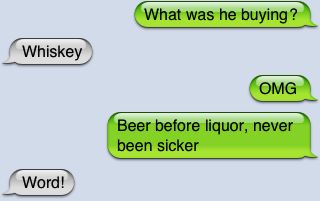 I think that "Beer before liquor" saying only really applies after the liquor is drunk...but who knows? Maybe he was buying his second bottle. (In case you don't know it, the other half of the expression is "Liquor before beer, in the clear." One of those handy college rhymes.)

I should probably have been more compassionate. But the people I'm really feeling compassion for are the Tesco cleaners.

Finally, a couple of interesting items in the news:

-- The stories about the Justice Department's investigation of the police activity in Ferguson continue to astound. Turns out the place is a real rat's nest of racism and injustice, a system run by whites that basically milks the local black community for revenue. Appalling! And the scary thing is, this is just one community that happened to get caught. You know there are hundreds and hundreds of other Fergusons out there.

-- Did you see that Ringling Brothers is doing away with its elephant acts? Animal acts in circuses seem so archaic, and the cynical part of me suspects that this decision is more economic than based in any concern for the elephants. But from what I understand they'll win anyway, and be allowed to live real elephant lives in retirement in Florida. A positive step.

-- And then there's this. Which is BS, to put it bluntly. If you are in business, you should be prepared to serve the public in all its diversity. Why you would feel it your obligation to subject each and every customer to a vetting process based on your own conscience and religious convictions is perplexing to me. You don't have to agree with your customers, do you? You're just providing a service in exchange for payment.

(Photo: Shadows on Finchley Road in Swiss Cottage, on Tuesday.)
Posted by Steve Reed at 7:23 AM