That was a LONG Flight 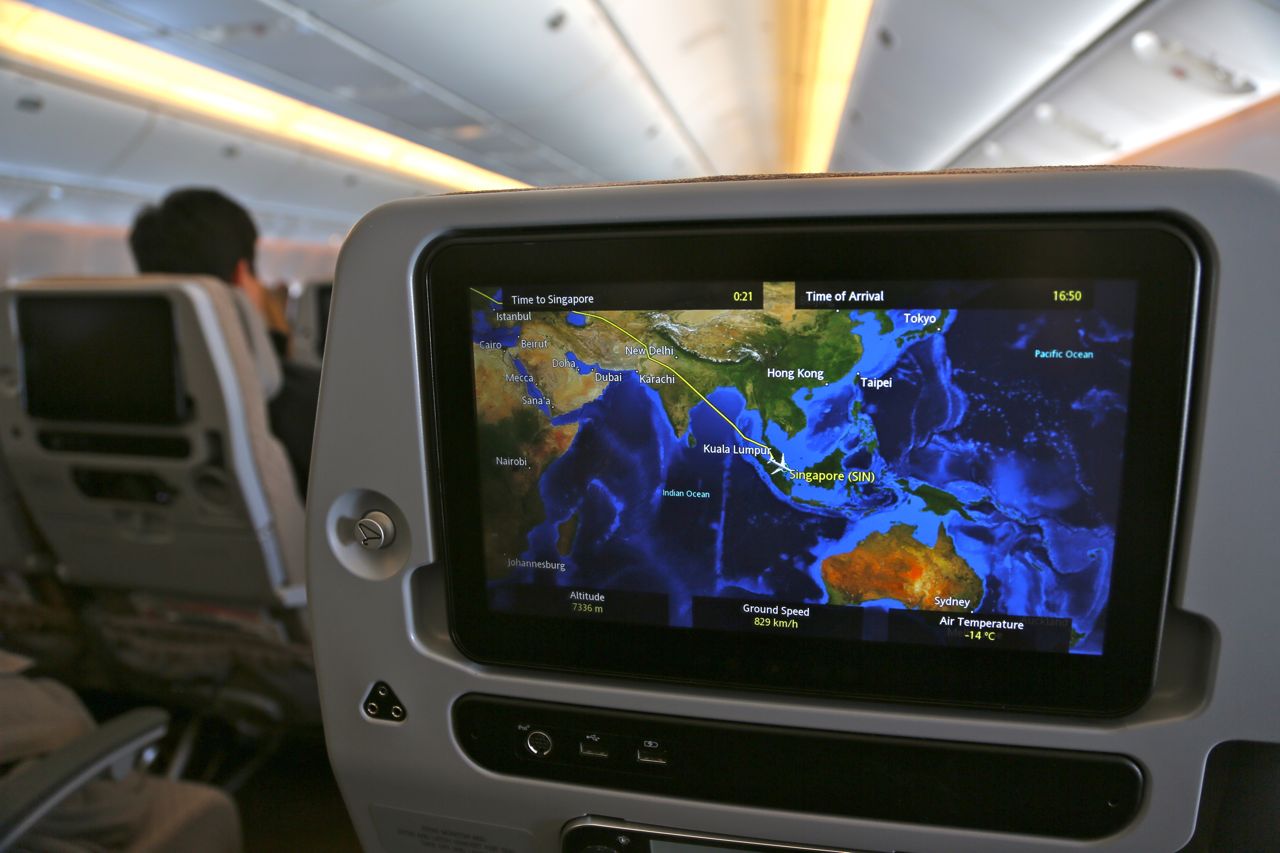 I have arrived in Singapore! I have no idea what time it is back home, but here it's 7:30 p.m. on Wednesday. We left London at 8:30 p.m. on Tuesday night. Somehow an entire day vanished in the space of 12 hours. I know clocks involve arbitrary counting on the part of humanity and that I haven't actually lost any time off my life, but it's still strange and unsettling!

The flight was uneventful but, yes, very long. I read three New Yorkers, worked on "The Moonstone" -- a massive Victorian novel by Wilkie Collins that I brought mainly because it's huge and I figured it would help me kill time -- and watched "Birdman." I was not overwhelmed by "Birdman." Granted, I had crappy airline headphones and could only hear about every fourth word, but still -- it seemed awfully self-indulgent. Maybe I need to see it again, but I am still firmly in the "Boyhood" camp for best picture. For what it's worth at this point.

I also checked on the flight map from time to time, tracing our progress over Bucharest, Baku, the Caspian Sea, peninsular India, the Andaman Islands and Kulala Lumpur (which I tried in vain to see from the airplane windows, it being daylight by then). 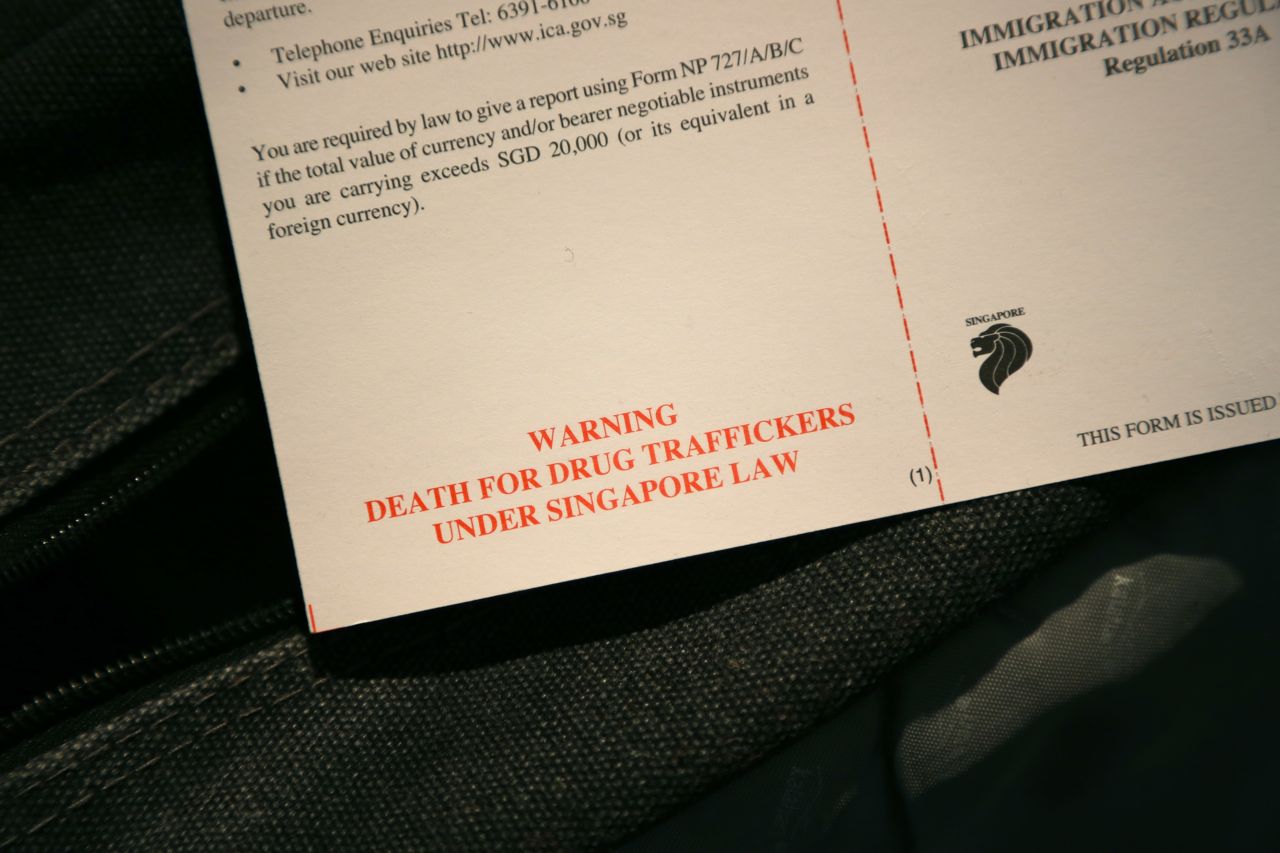 This brief message was printed on our immigration landing cards, and the cabin crew announced it several times over the PA prior to landing. They do not mess around in Singapore. Not a problem for me, obviously, but it made me wonder what one is supposed to do if one is, in fact, smuggling and is already on the plane about to land. It's not like they can turn around! 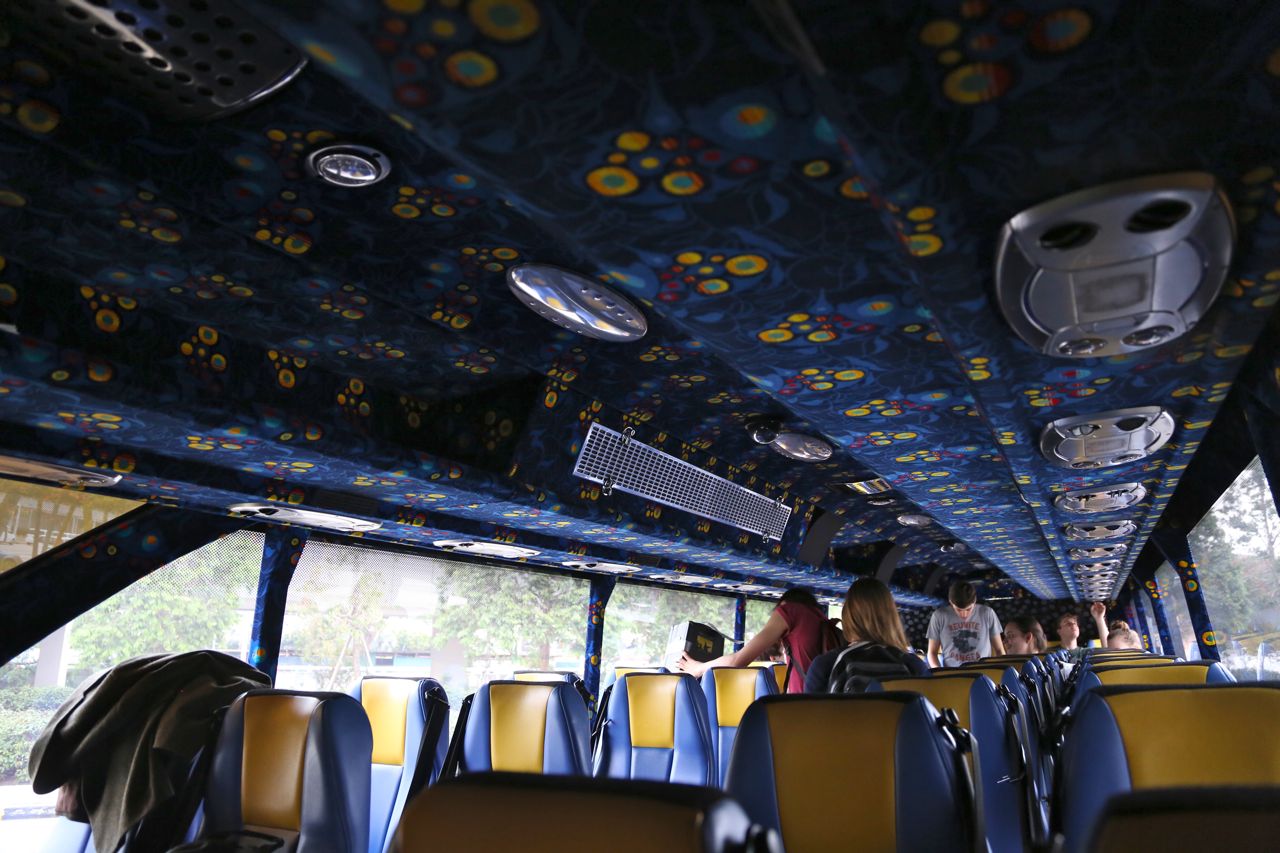 We had an extremely groovy bus from the airport to our hotel. Doesn't it look kind of like a '70s conversion van, one of those things with shag-carpeted ceilings?

Singapore seems beautiful so far. We drove a superhighway lined with bougainvillea and mimosa trees, and saw plenty of otherworldly modern architecture downtown. There is not a speck of litter, and in fact littering apparently carries heavy penalties. (Not as heavy as drug smuggling!) Almost immediately after checking in, night fell and so I do not yet have any photos. That will have to wait until tomorrow!
Posted by Steve Reed at 11:49 AM