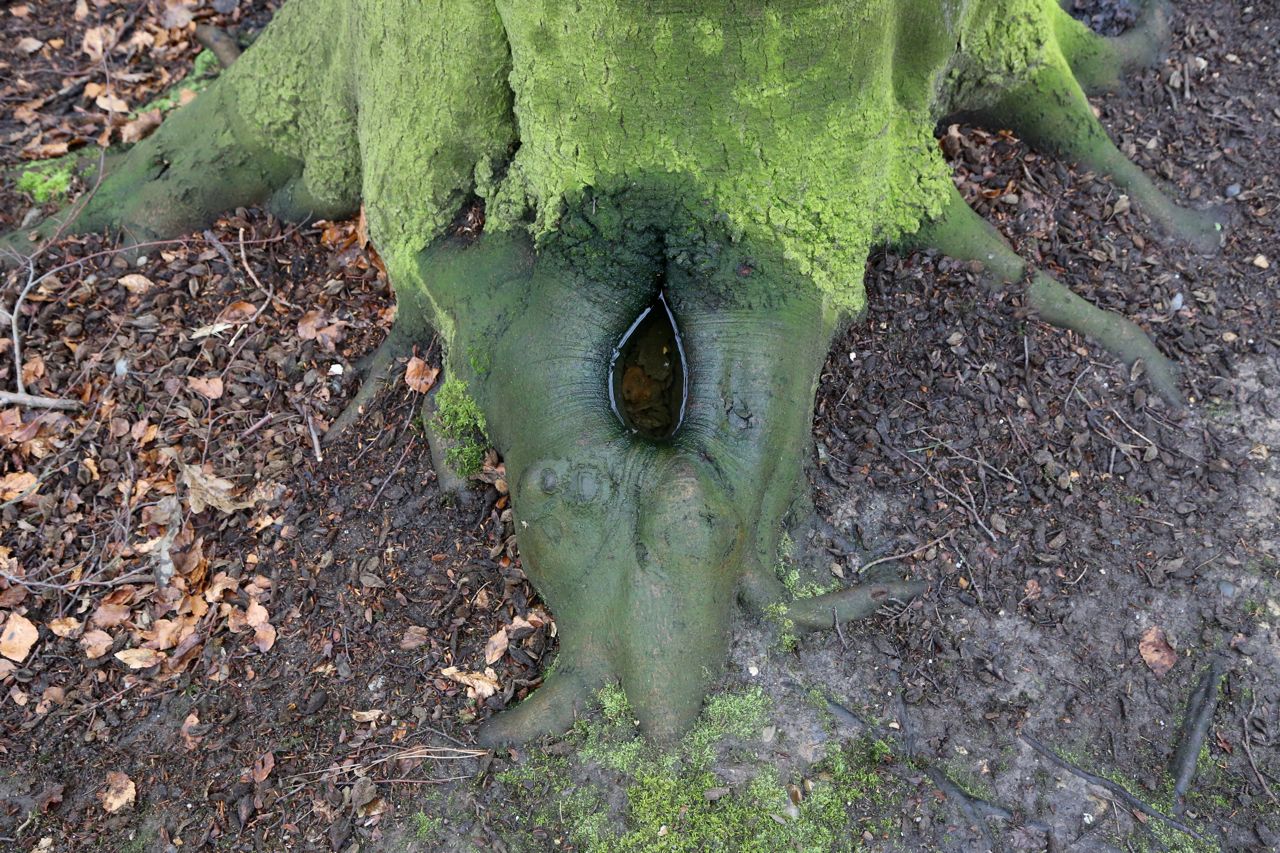 We hosted the local quiz bowl at school yesterday, and the teams in the final round competed in the library. So I got to sit by and watch two teams of three students each from other schools in a battle of wits. It was pretty fun, though it always surprises me when a pop culture question comes up that seems really obvious to me and the kids are completely clueless.

They're great on classical music. But in yesterday's competition, for example, the students were given a clue about the first song in a famous 1943 Broadway musical, and they heard the first few lines being sung: "There's a bright golden haze on the meadow..." They were asked to name the show. They had no idea it was "Oklahoma!"

They were also confounded when played some well-known guitar licks from The Who's "Tommy," and last year, I remember, they could not name Stevie Wonder when they heard one of his songs -- "Sir Duke," maybe? (I'm surprised I didn't write about that at the time, because I was so dumbfounded and felt so old, but apparently I didn't.)

Anyway, I don't mean to knock the kids, because they know a heck of a lot of other stuff and they're pretty fast on those buzzers. They can certainly name square roots and chemical properties faster than I could. Pop culture, after all, is so transient.

I guess school drama departments don't automatically perform those Rodgers & Hammerstein musicals anymore. In my day, they were the standard school productions -- "The Sound of Music," "South Pacific" and, yes, "Oklahoma!" We did them all at the high school I attended. Nowadays maybe they've moved on to edgier fare like "Urinetown" or "The Drowsy Chaperone." 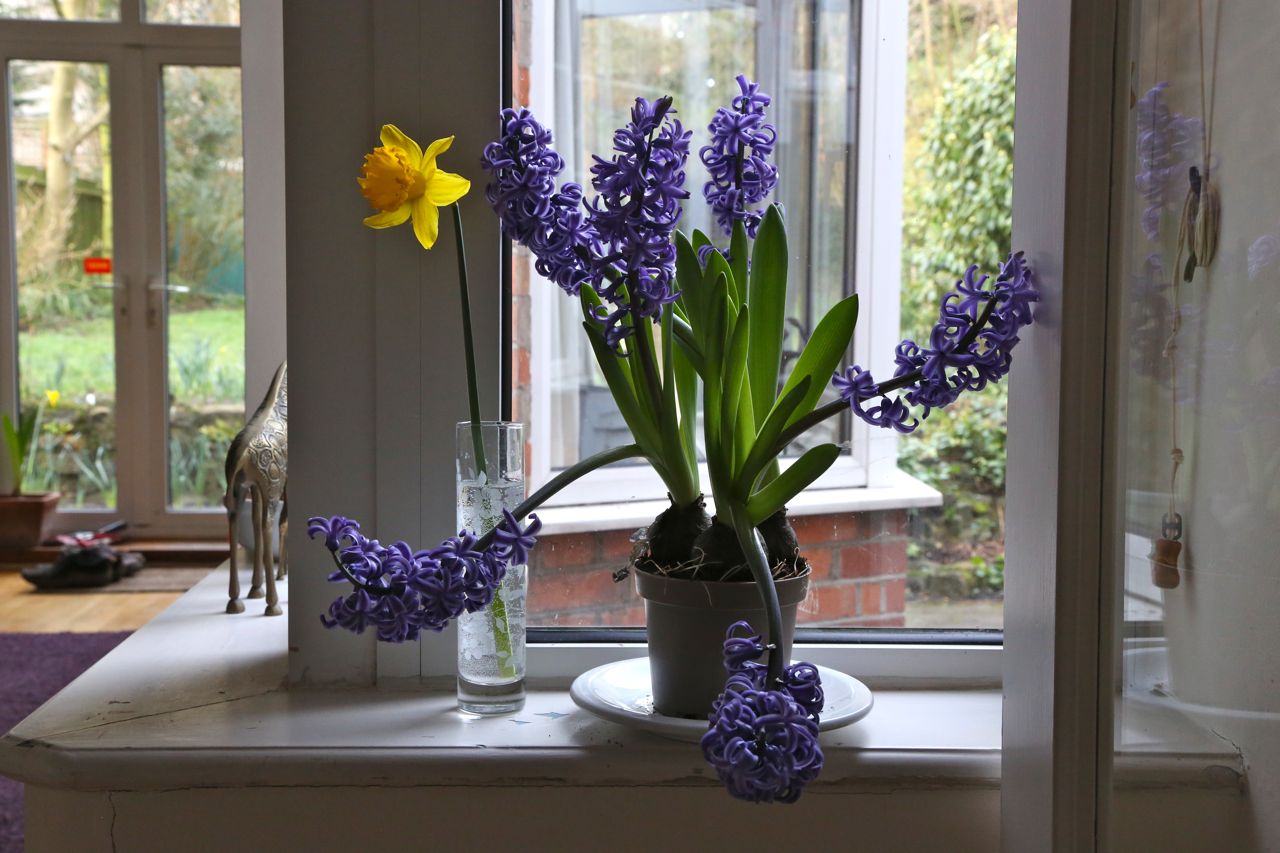 Here is a gratuitous picture of our blooming hyacinth, and a daffodil that Olga broke off while loping through our garden. She's hell on the daffodils.

My cold has moved into my nose. I am a sneezing, spluttering mess. But I don't feel too bad, all things considered, and I still hope to get some photography done today.

(Photo: A perfect pool of rainwater in some tree roots on the West Heath, last weekend.)
Posted by Steve Reed at 6:30 AM

So good to see some flowers, Steve. I'm still living in a world of white.
As you've suggested, your students just don't have the exposure to some of those cultural icons. When I was teaching, I was continually surprised by how little prior knowledge my students brought to class.

I don't think my school did Oklahoma while I was there but I was in both Flower Drum Song and South Pacific.The music from most of those old musicals is permanently stuck in my head. As a teenager, I used to play those albums over and over.

I love the photo! as for pop culture, every generation has its own. I'm not surprised that middle schoolers drew blanks on those questions. I was in Trader Joe's one day wearing my Pink Floyd shirt and the 20 something cashier remarked on it, asked if I ever saw them in concert. No I told her, but I did see the Moody Blues. She gave me this sort of blank look and and said, well I guess you saw a lot of good bands. I'm pretty sure she didn't know who the hell I was talking about.

We watched part of "Funny Girl" last night and this morning's ear worm is "Don't Rain On My Parade" sung by Barbra Streisand, of course, and it's a bit jarring and jangling for a chilly spring morning in Lloyd.
I love both photos. Owen is hell on flowers too. He picks them and brings them to me and all I can do is kiss him and thank him and put them in vases.
Be well, Steve.

You're starting to sound like an old man...As you've said, pop culture changes...I had a conversation with someone ten years older than I and didn't get the reference initially...In my high school we did Gilbert and Sullivan, which your kids would not get either.

Mike often complains that his students don't get his references - & he's usually talking about the Simpsons! Ha!

LOVE your still life - so so pretty. That top picture is just creepy - it looks like a Lord of the Rings tree & it's about to engulf me!

maybe some things are best forgotten, never a fan of Oklahoma, or the Music Man or Damn Yankees...only one I was fond of was Brigadoon only because there was magic involved and I had a crush on the lead guy in high school. Made rehearsals so much more interesting. I would fail miserably if today's pop culture was a trivia contest. You would not want me on your team.