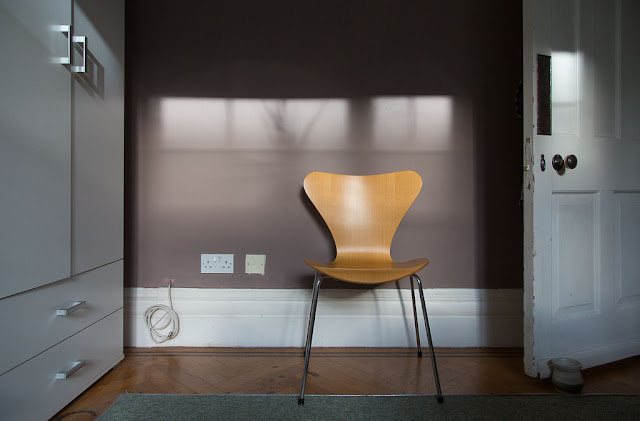 I spent yesterday mostly here at home, reading what are probably two of the darkest explorations of human nature I've ever encountered -- Nathanael West's "The Day of the Locust" and "Miss Lonelyhearts." They're noir novels from the 1930s filled with drunken louts, uneducated misfits and broken dreams. I enjoyed them a lot. West created vivid, unsettling images:

The detective saw a big woman enter the park and start in his direction. He made a quick catalogue: legs like Indian clubs, breasts like balloons and a brow like a pigeon. Despite her short plaid skirt, red sweater, rabbit-skin jacket and knitted tam o' shanter, she looked like a police captain.
He waited for her to speak first.
"Miss Lonelyhearts? Oh, hello..."
"Mrs. Doyle?" He stood up and took her arm. It felt like a thigh.


I took the dog for a long walk in the morning, but I never got around to taking her to the Heath, which was my intention. She didn't seem to mind. When the sun is out she seems perfectly happy to stay home. 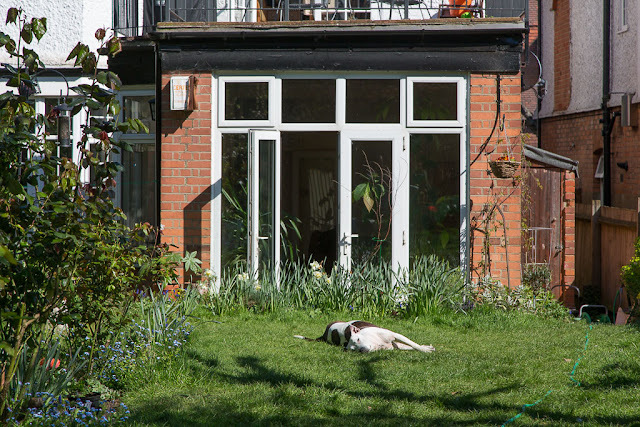 Adding even more noir to my day, I watched "Citizen Kane," which I hadn't seen in years. It's still a great film, with striking visual elements -- all that smoke and slanting light -- and a young Agnes Moorehead and Ruth Warrick, who in their later years were fixtures on daytime television when I was a kid.

I Skyped with my mom in the afternoon and began making plans to go to Florida in July. I think I'll go straight to Jacksonville this time, where my mom and brother are based, rather than flying into Tampa. The flights will be less convenient but it'll mean a lot less driving. Dave will probably stay here to care for Olga and the garden. I'm trying to use the credit from British Airways for those Copenhagen flights I had to cancel last summer when my dad was so sick -- but doing so is proving to be a complicated process. Hoping to get it ironed out today.

(Top photo: Afternoon light in our bedroom.)
Posted by Steve Reed at 7:23 AM