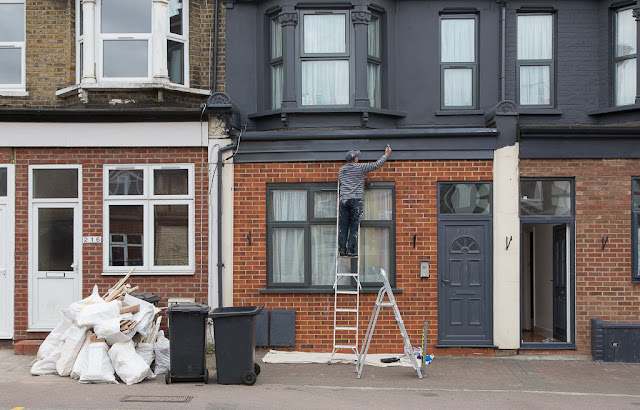 Early this week I found myself walking around humming "Centerfold," the J. Geils Band tune. It's one of my regular earworms, and somehow it got stuck in my head again, appearing seemingly out of nowhere. (I haven't heard it in years, and it's not in my iTunes library.) And then I read, to my surprise, that J. Geils himself had just died. It was a strange moment of synchronicity -- but then I wondered if I'd heard the song being played somewhere in the background as an homage to Geils. Maybe that's what put it in my head in the first place? Very mysterious.

Yesterday I went to the Tate Britain to see "Queer British Art 1861-1967," apparently the first exhibit dedicated entirely to LGBTQ art in Britain. It was quite extensive and included works by well-known artists like Aubrey Beardsley and Francis Bacon, and lesser known (at least to me) ones like Simeon Solomon, Henry Scott Tuke, Dora Carrington and Keith Vaughan. It even included the door to Oscar Wilde's prison cell, which was both fascinating and chilling to see -- a reminder that it's only been a few decades since gay sex was decriminalized in the UK, and that it's still criminal in many parts of the world.

After the exhibit I went walking across the Vauxhall Bridge, and for the first time noticed the huge sculpted figures on its support columns. Clearly I've never looked closely at this bridge before! I need to go back and do some more photography there, but here's an iPhone view: 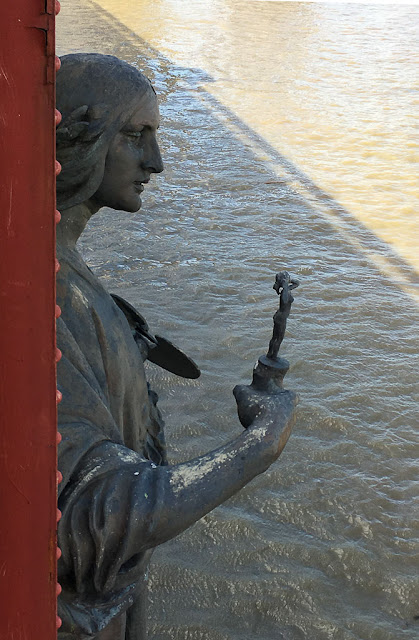 That's Alfred Drury's sculpture of "Fine Art," seen from atop the bridge. The allegorical figures, which include Agriculture, Architecture and others, are much easier to see when you're on shore, but they were too distant to photograph from there with my phone. I got a cup of Starbucks coffee and sat on a bench beneath the fortress-like MI6 building (Britain's version of the CIA), and enjoyed a few minutes of sunshine.

Today I'm off to Newcastle. Coming to you tomorrow from Northumberland!

(Top photo: A man painting in Walthamstow, on Monday.)
Posted by Steve Reed at 6:13 AM