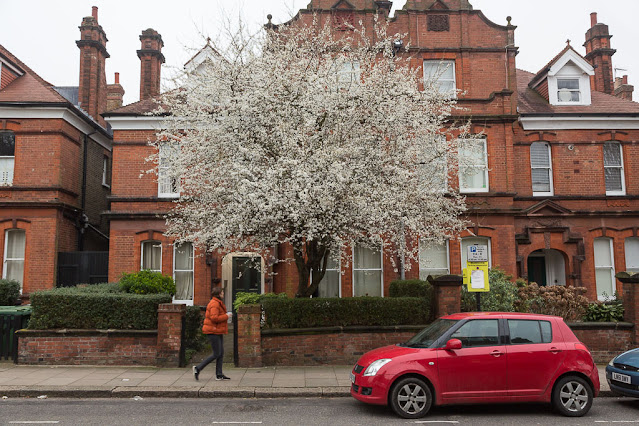 Not a lot of news here. Yesterday at midday, when I walked home from work, it was 43º F (6º C) and the sky was cloudy and gray. After our recent burst of springlike weather, winter seems to have returned.

The trees are still insisting it's spring, though. 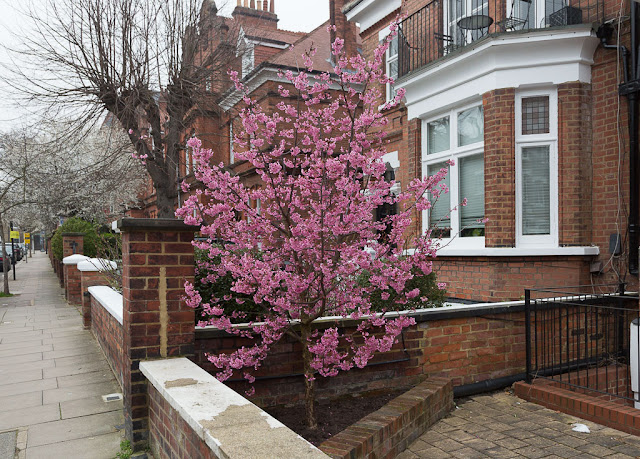 My boss encouraged me to write to my doctor about the Covid-19 vaccine. She wrote hers, and was invited for the vaccine just days later -- and when her husband inquired he also got a shot pretty quickly. Granted, they're both older than me, but not by much.

So I sent an e-mail to my GP's practice and mentioned my age and the fact that I work in a school, and with students coming back on Monday I'd like to get the vaccine sooner rather than later. Someone wrote back and said I am in priority group 9 (which I suppose they're not vaccinating yet) but she would add me to the "reserve list" since I told them I could come in on short notice. I have no idea whether or not that will expedite things, but I guess it's worth a try.

I have a few seedlings sprouting -- foxgloves and one of the corncockles. No sign of life yet from the honesty or the jimson weed.
Posted by Steve Reed at 6:21 AM