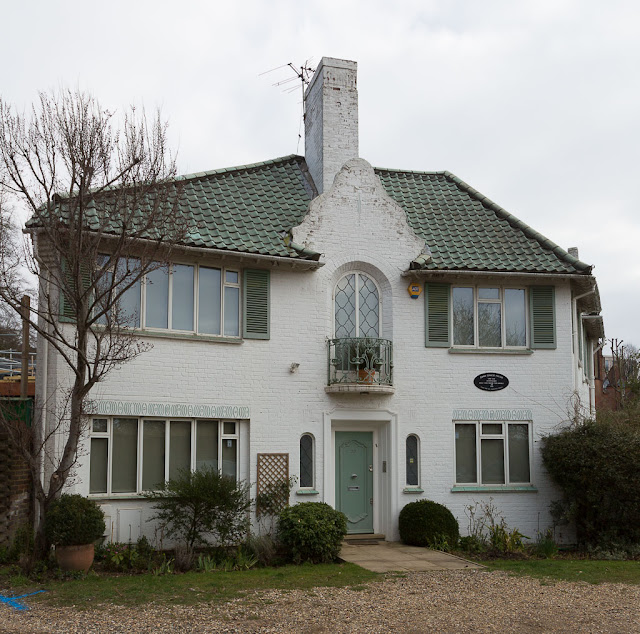 Actress Gracie Fields built this oddly shaped house in Hampstead back in 1934. (Well, that black plaque on the wall says she built it for herself, but I'm guessing she had it built.) Olga and I pass it every time we go to the main Heath, and we did so again yesterday.

It's a cute place, unusual but not palatial. I especially like the lintels above the windows -- you can't really tell but they look like they're decorated with little clusters of parading parentheses. Maybe they're supposed to be blades of grass? 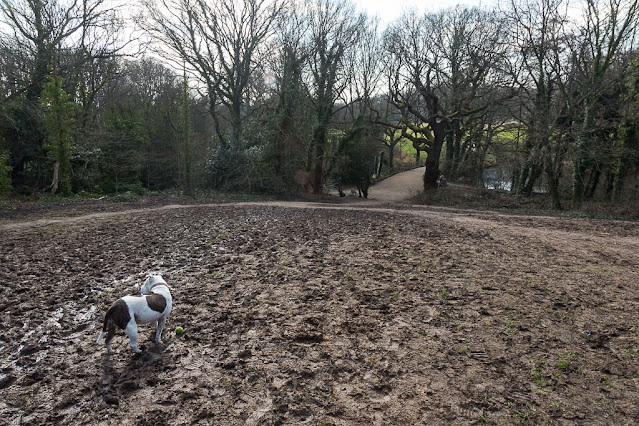 It turned out to be a nice day -- chilly but more or less sunny and bright. Remember what I said yesterday about the increased foot traffic on the Heath during our lockdowns, and how it's churned up the sod? You can see what I mean in this photo. This happens when a path gets muddy, and people try to go around the mud and trample the grass on either side, which creates more mud for people to go around -- and pretty soon there's no grass left at all. Social distancing makes the problems worse because people also have to walk widely around each other. Experts are saying the Heath will take years to recover. 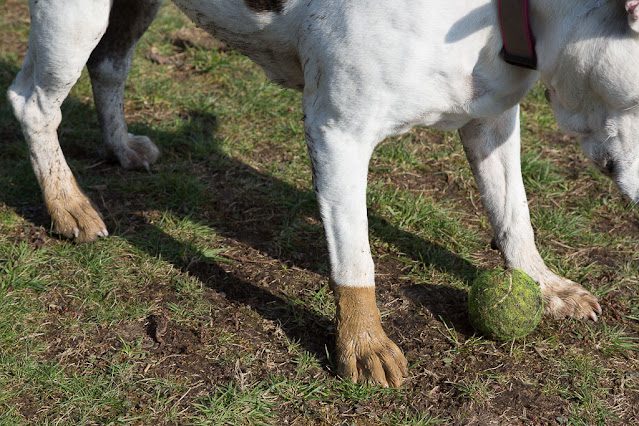 The mud made Olga look like she was wearing a brown sock. 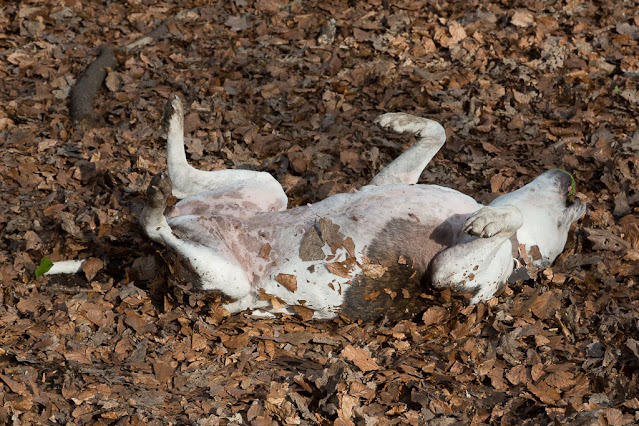 Fortunately, not everything is muddy. That's a particularly extreme area above. There are still plenty of wooded copses and grassy fields, and places for dogs to roll in dry fallen leaves.

There were loads of crows in the trees above this leafy spot, all cawing and making a racket.

Steve Reed · Crows
It sounded like a scene out of Hitchcock. 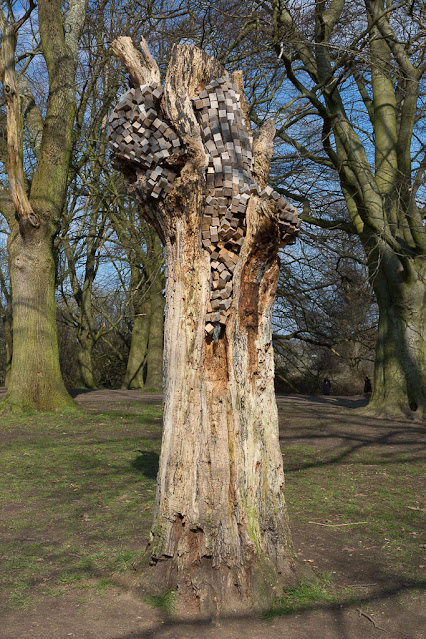 We came across this odd artwork (?) featuring wooden blocks affixed to an old dead tree. 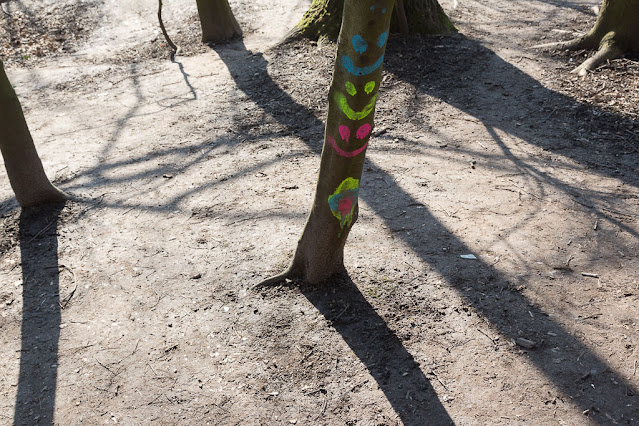 And also this artwork, which is less sophisticated but perhaps more immediately enjoyable.

Back home again, the Russians continued with their demolition project. Actually I think the demolition is done now and they're doing some construction, but it's no less noisy. It sounds like an extra-loud dental drill, or maybe the world's largest murder hornet. Fortunately school reopens today and Dave and I are going back to work -- can you imagine if they were doing this while Dave was trying to teach from home via Zoom?

On Saturday evening we watched a '70s disaster movie that I don't think I'd ever seen before -- "The Cassandra Crossing," starring Sophia Loren, Burt Lancaster, O.J. Simpson and the doyenne of '70s disaster, Ava Gardner. It had to do with the release of a deadly pathogen (!) on a luxury train across Europe. As people start getting sick from this organism, evil deep-state military and health officials direct the train toward a disused, unstable World War II-era bridge that they know isn't safe. Fortunately a heroic team of passengers take matters into their own hands. It was both cheesy and surprisingly good! If you like cheesy movies, that is.
Posted by Steve Reed at 6:45 AM