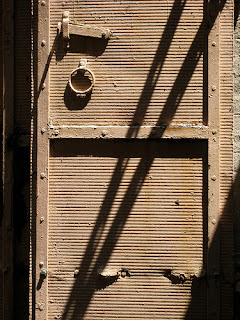 I’m reading a pretty entertaining book right now, called “Everything I’m Cracked Up to Be: A Rock & Roll Fairy Tale.” Author Jennifer Trynin tells the story of her rapid ascent as a popular musician in the mid-90s, and the subsequent implosion of her career. (You might remember Trynin’s song “February,” which was the only single of hers I knew.)

As the book jacket says, “Major labels offered millions of dollars in deals. Billboard put her on the cover. Everyone knew she was the next big thing. But then she wasn’t. Catapulted to the edge of rock stardom, Trynin plummeted back down to earth.”

She’s a good writer, and the book is an easy read that really pulls you along. It’s just the kind of book I need at the moment, after having taken months to finish Christopher Isherwood’s excellent “Berlin Stories,” and abandoning Charles Kaiser’s “1968,” which was just way too politically focused for me. (I just don’t care that much about Eugene McCarthy.)

I also recently read Ian Frazier’s “Gone to New York,” a collection of his essays and articles from The New Yorker, which was terrific. I love a good New York book.

So, what’s everyone else reading? Any recommendations?
Posted by Steve Reed at 12:11 PM