All the Lonely People 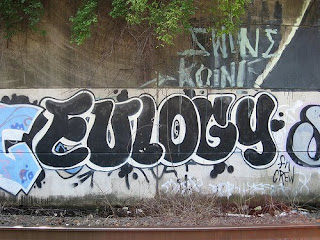 The story of George Sodini, the gunman in the Pittsburgh gym shooting that killed three women and injured nine more, is really a story about the sickness of our society.

I suppose there have always been loners, even back in the days of the Neanderthals. But Sodini clearly didn’t want to be a loner. He longed to connect to people, specifically women. He just didn’t know how.

“A man needs a woman for confidence,” he wrote. “He gets a boost on the job, career, with other men, and everywhere else when he knows inside he has someone to spend the night with and who is also a friend.”

What a heart-wrenching sentence! Sodini was 48, and by his own admission hadn't had a girlfriend since 1984. I imagine him passing the years, knowing he was getting older, his prime slipping away with his potential for marriage or fatherhood.

I don’t mean to excuse what he did. Lots of people are lonely, and they don't go on shooting sprees. By all accounts Sodini planned his crime over a period of months -- time he could have better spent learning how to socialize, or at least seeing a therapist.

But I can’t help but be touched by the depth of his loneliness. How does someone who apparently looked reasonably normal, owned a home and held a professional job become so alienated, so lost? Where was his family?

His neighbor said he was friendly but largely kept to himself. I suspect he was scared of socializing, crippled by his own insecurities. Clearly the desire was there.

This is what I mean by the sickness of our society -- how can someone live in such isolation? Why didn’t George Sodini have some kind of support network?