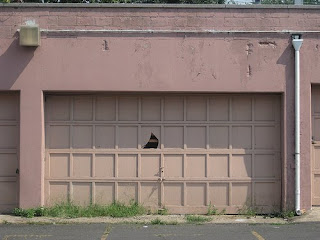 My brother wrote a post on his blog recently about how much he enjoyed hanging out in our grandfather’s garage, among its coffee cans full of washers and myriad odds and ends. Grandfather was indeed a tinkerer, as my brother says -- he was a ham radio operator and engineer who also fixed things around the house in bizarrely creative ways. He died in 1977, but his home repairs were evident for years afterwards.

I liked hanging out in my grandparent’s house, too. But unlike my brother, I never took to the garage. All those oily parts just didn’t do anything for me. I preferred the basement, with its nooks and crannies containing household items, and my grandmother’s kitchen and upstairs bedrooms, which were packed with old, collectible china and glass, as well as books and intriguing family documents.

(I retrieved my Roseville vases, which I showed off in this post, from beneath the stairs in my grandmother’s basement.) 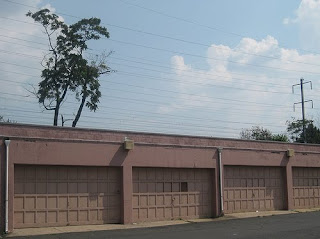 My grandparents were frugal Presbyterians, and they saved everything. When my grandmother died, one of her kitchen drawers contained a rubber-banded collection of plastic spoons from Tastee-Freeze, which I guess she thought might someday be useful. She saved bread bags, too. People often ridicule this kind of hoarding, but I find it admirable.

My brother mentions his own hatred for waste, and I have the same tendency. I don’t save bread bags, but I am scrupulously careful to eat all my food and not to throw away what could reasonably be used again. I donate everything to charity, knowing full well that some of what I give them might ultimately get tossed -- I suspect charity shops are groaning under an oversupply of khaki pants -- but I want to give such items a chance at being reused or recycled.

This is one area where I differ from my brother. He admits he’s something of a pack rat, and that’s fueled by his hatred of waste. I, on the other hand, give things away in the hopes that others can and will use them -- but I don’t feel the need to keep them myself. If others throw them away, well, I can’t help it. I did my part!