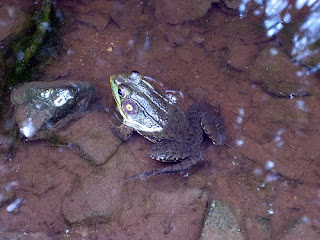 Hearing about the surprising death of John Hughes, the director responsible for many of the so-called “Brat Pack” films of the 1980s, made me think specifically of “The Breakfast Club.” I’ve mentioned my affinity for that movie before -- it was a real coming-of-age tale for people in my generation, and I remember taking everyone I knew to see it in the theater. I think I saw it at least ten times.

The presence of Emilio Estevez in his blue tank top was 98 percent responsible for the movie’s appeal, as far as I was concerned -- but I also liked Molly Ringwald’s precise princess and Ally Sheedy’s deranged loner. By the end of the movie, they all felt like friends. Having just come out of high school myself, I was still sensitive to the class structure and social barriers of that world, and I loved the idea that they were essentially false -- that everyone shared the same insecurities underneath.

(And yet the movie respected those barriers -- the saddest moment comes when the students realize they’ll all fall back into their social strata when school resumes on Monday.)

Hughes’s other earlier movies were all landmarks for people my age: the brilliant “Sixteen Candles,” which I don’t think I saw in the theater; “Pretty in Pink”; “Ferris Bueller’s Day Off.”

But then Hughes started making a bunch of movies that I never even bothered to see. I didn’t appreciate John Candy as a comedian, so I skipped “Planes, Trains and Automobiles,” and let’s not even mention “Curly Sue.” Maybe it’s because I was getting older by then and his style of comedy didn’t appeal to me as much.

Last night I tried to watch “The Breakfast Club” via streaming video on Netflix, which I’ve never done before. Turns out my system won’t support the player, and they don’t stream that particular movie anyway. But I was in an ‘80s mindset, so I watched my favorite episodes of “Miami Vice” on Hulu instead.