Notes from the Weekend 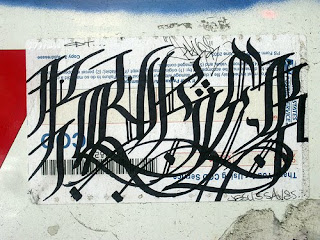 It's 5 a.m. and I'm wide awake. My back is bothering me a bit this morning -- just some muscle aches, maybe because I went running yesterday morning, or maybe because of the way I slept. Anyway, I decided to get up and write a bit. I'm at Dave's and Ernie is lying next to me on the couch, looking thoroughly puzzled about why I'm up before the sun.

Anyway, it's been a great weekend. I came out to Dave's on Friday night and we've pretty much been homebodies. Dave cooked Saturday night, making trout en papillote, in which fish fillets are cooked inside a parchment paper shell. It was a DELICIOUS meal, maybe my favorite of all the things he's made so far. (Admittedly that's a tough call, though!) Our friend Adam came over and we drank wine and watched "Top Secret!" which may be one of the funniest dumb movies ever made. It's a Val Kilmer spy farce from about 1984 -- I remember going to see it at a drive-in with my high school girlfriend. We thought it was a hoot then, too!

Yesterday, after I ran, Dave and I drove over to a neighboring town to shoot some more graffiti I saw from the train. It's always a fun challenge after seeing graffiti along the tracks to try to figure out how to get to it by car and on foot. In this case, we had to drive into an industrial area in Edison, wind back through some factories and walk along a rail spur until we got to the back wall of a shipping facility. But there it all was -- nice, bright new pieces, too. I don't have my cable to upload the photos -- that will have to wait until I get back to the city today.

Then we went to see Ang Lee's movie "Taking Woodstock," which I'm sorry to say I didn't enjoy as much as I thought I would. Ang Lee's movies are notoriously slow-paced, and sometimes that technique works ("The Ice Storm," "Brokeback Mountain"). In this case, though, it just seemed a little tedious, and it's pretty tough to make a subject like Woodstock tedious. There was a great scene where the protagonist has a psychedelic acid trip in a van, but there were also a few too many '60s cliches (burning bras, burning draft cards), some scenes that sort of went nowhere, and some characters that were seriously underdeveloped. Lee was very faithful to the music, though, and you could hear famous Woodstock performances by Richie Havens, Melanie, Joan Baez and Janis Joplin in the background as the action unfolds. (He never shows the musicians or the stage, except from afar -- the focus is all on the young people organizing and attending the concert.) Anyway, I wouldn't discourage anyone from seeing it, but be prepared for potential disappointment.

Ernie is now crashed and snoring -- which makes me think I should go back to bed.