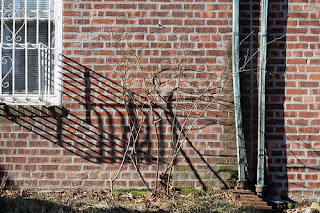 Sometimes I fear that reason, as a goal of society and humanity, is dying.

I'm not a philosopher or a student of philosophy, so I'm no expert, but I think it's clear that some of our great historical thinkers -- Thomas Jefferson, Benjamin Franklin and others -- valued reason as a tool for navigating the questions of existence. Approaching issues from a reasonable, thinking perspective, with the ability to gather and weigh evidence and come to enlightened conclusions, helped society evolve from European feudalism to a more egalitarian model. It shaped our nation and our ideals.

Nowadays, there seems to be a worldwide backlash against this approach. We see it in the deniers of evolution, the so-called "family values" crusaders, the home schoolers, the evangelical Christians, the radical Islamists, the Jewish settlers in the West Bank. Faith, and fighting to the death for faith, has replaced a reasonable worldview for much of the planet's population and many of its leaders.

This isn't entirely new. The Scopes monkey trial took place nearly a century ago, and there have always been elements of society that denied the reasonable, rational approach. But I think there was once a respect for the great thinkers, the scientists and philosophers who advanced ideas about our origins and destinations. Now they are mocked, ridiculed, criticized as anti-God or anti-Bible, or labeled blasphemers or heretics.

When I was in school the word "heretic" seemed so antiquated -- something associated with the Inquisition. Now we see it used all the time by religious fanatics.

I've said it before -- I am not anti-religion. But I am definitely anti-extremism. I think the planet is drifting toward a more extremist existence, and away from moderation and reason. Why this is, I'm not sure -- I think it's grounded in overpopulation and a primal need to fight for turf. We're the proverbial rats in a cage.

People often muse about the death of empires, and whether the United States is in its descendancy as a world power. If we are, I think this is why. We're abandoning sensible, reasonable approaches to issues and to each other, and wallowing instead in extremist faith-based arguments that can only hinder our scientific, social and political progress.