I Can't Move My Knee 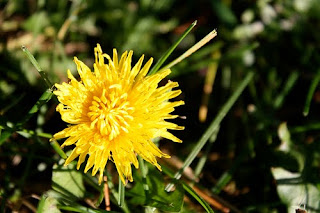 As long as we're talking about potentially embarrassing personal revelations, like my enthusiasm for middlebrow '60s movies and television (thanks Dave!), did I ever tell you about the time I faked a knee injury?

I was in the ninth grade. I was one of those quiet, nerdy kids who never did anything physical enough to put himself in actual danger. Consequently, I never had any injuries. But I was surrounded by boys who came to school in casts, braces and bandages, wearing proudly the evidence of their perilous lives. (Even my own brother subsequently managed to jam a pair of pruning shears into his neck, requiring surgery and bandages and all sorts of attention.)

One day, and I'm not even sure where the idea came from, I decided to say I'd had a pin put in my knee. I walked from class to class with my leg completely stiff. When someone asked what happened, I told them I'd broken my knee and it was pinned, immobilizing the joint.

The teachers furrowed their brows and said they were sorry, but looked more confused than anything. They were probably thinking what a few of my classmates dared to say: If my knee was pinned, why did it look absolutely normal?

Dennis, one of my classmates, demanded to see the pin. I told him it was inside the knee and couldn't be seen. (I had no idea how joint surgery worked. I hadn't thought to read up on the finer points of orthopedic technique.) Dennis called me on my hoax, saying pins protruded from the skin and were easily visible.

I began to think faking a knee injury might not be such a good idea after all.

I think I limped through the entire day, for appearance's sake -- I couldn't very well pretend the pin just disappeared. But the next day I went back to school and walked normally. I was prepared to say it had been removed and I was back to my old self -- but I never had to, because no one ever asked. They were probably so appalled by my idiocy that they decided to leave well enough alone!