Check's in the Mail 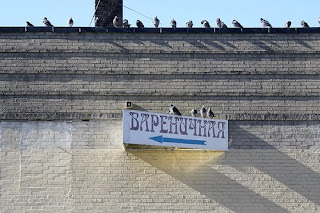 There is a curious torture associated with waiting for something to arrive in the mail.

I've been waiting for almost two weeks now, and lately, as humans, we're not used to waiting at all. We usually get everything instantaneously, communicating with email and texts and cell phones. We have the information of our global cultures at our fingertips on the Internet.

What I don't have, and what I've been waiting for, is my severance payment from my erstwhile employer.

For some reason, they chose to mail me a paper check. Why, I have no idea. I've had direct deposit for a decade. When I was laid off, I asked how my severance would be paid, and was told it would be deposited just like my paychecks.

But it wasn't. It was mailed, via plain old, everyday, 44-cent mail.

Problem is, I no longer receive my mail in New York. I've been having it forwarded to Dave's, and its arrival has been sporadic at best. I get a piece here, a piece there. I still don't have my New Yorker from last week, though my Newsweek managed to arrive. I got a letter mailed from the Zendo within a few days; other pieces have taken much more time.

Of course, this is not a small check. It's tens of thousands of dollars, and it's just wandering around out there, probably shelved in some dusty corner of a New York City post office by moderately competent postal workers. I'm trying to be very Zen about it, reminding myself that eventually it will arrive and until then there's nothing I can do, but frankly it makes me crazy.

(A friend suggested that my company mailed me a check in order to hang onto the money for a few more days, thereby earning interest. If that's the case, they must be overjoyed that the postal service is keeping it in limbo.)

(Photo: Pigeons in Brighton Beach. Note the Cyrillic writing on the sign -- it's a very Russian neighborhood.)
Posted by Steve Reed at 12:10 PM