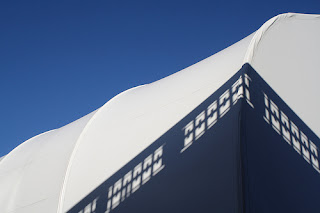 I'm reading Joyce Maynard's book "At Home in the World," a memoir of her years as a writer and her relationship with the reclusive J.D. Salinger. The book came out about ten years ago, and created quite an ethical debate. Was she right to relate the intimate details and behavior of a man who so valued his privacy?

I got the book for $1 from a used-book vendor when Kim and I went walking in Brooklyn a few weeks ago. I'm just about done with it.

I'll say this for Maynard -- she's an engaging, interesting writer. This book has been like crack for me. I haven't been able to put it down.

But she's also a bit of a train wreck. She had an unorthodox childhood (to put it mildly), and she appears to be awfully needy, even as an adult. I admire her honesty in writing about herself so candidly, but it's left me with the feeling that she's pretty high maintenance. I don't think I like her.

She also has an immense sense of entitlement. She is repeatedly offered jobs at The New York Times, for example -- positions most writers would cherish -- and she takes them utterly for granted. She and her husband struggle with money problems, yet there always seems to be enough cash on hand for her to quit a job or buy a house. In one case she writes a magazine article ostensibly quoting other women and admits all the quotes were her own -- an offense that would kill the career of any serious journalist.

As for Salinger, she devotes a huge portion of the book to the brief period (about a year) that she lived with him. Obviously she perceived that readers would be interested, and no doubt saw that as the key to the book's success. I don't begrudge her the right to write about that period or about Salinger himself. She doesn't quote his letters directly. Salinger doesn't come across very well -- an eccentric, at best -- but he had to realize when he entangled himself with her that she was likely to mine the relationship for material. That's what writers do.

Anyway, as I near the end of the book, I'm left with two impressions: One, it's a good read, and two, I'm glad I don't know her personally.

(Photo: Shadow from the High Line on an industrial tent roof in Chelsea.)
Posted by Steve Reed at 11:49 AM

I'm glad to read your review without having to read the book. She sounds like a piece of work!

thanks for the review. think i'm going on a memoir binge - finished "the tender bar" on the train ride home - think i mentioned it and loved it, bet you may enjoy it also. just started 'burned' by louise nayer which was recommended by another blogger (blue elephant)

hope the library has it.

great pic - did you take it during our wander???? if so, I totally missed that tent and that wonderful shadow play - but then you have the gift!

Many authors are somewhat eccentric. Sounds like this one has a big ego. Turning down jobs at the NYT -- sheesh!

There are many people I find interesting but would not choose to know personally...

Thanks for the review.