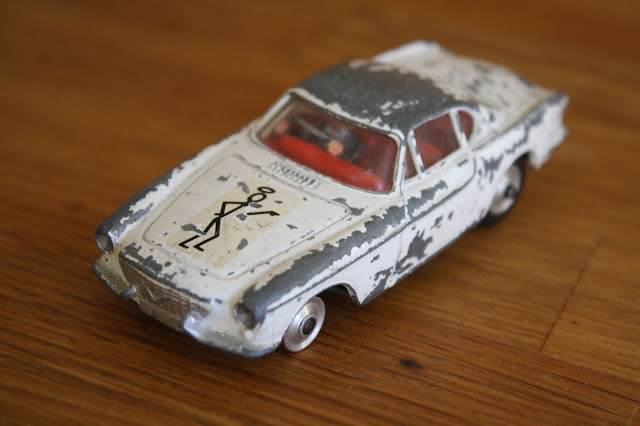 I have long loved "The Saint," mainly for its euro-groovy fashions and sense of glamor. (The plots sometimes don't make much sense.) Growing up in Florida, I used to watch it in reruns on weekday mornings whenever I was home from school. I still record it on our DVR here in London and inflict it upon Dave occasionally.

"The Saint" chronicles the adventures of Templar (played by Moore), a suave sort of spy hero who works independently to right wrongs and bring about justice. The character was originally the creation of an author named Leslie Charteris, but I'm guessing that today more people know him from television than from books. The series ran from 1962-69 and led to Moore becoming James Bond in the Bond movies of the '70s.

Wandering among the crowded tables at the antiques show, I felt a surge of excitement the minute I saw that famous saintly logo on a toy car squeezed amid other metallic detritus. 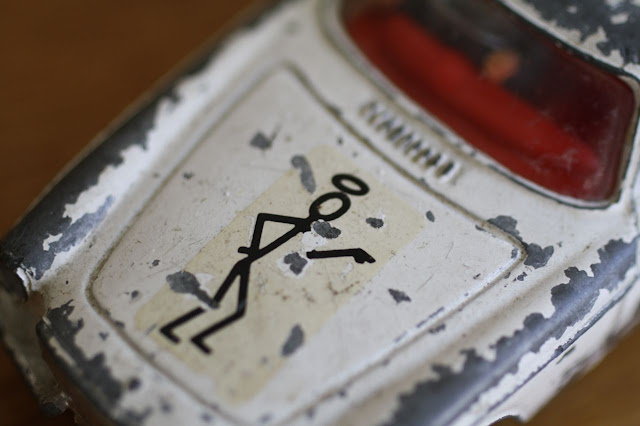 As I was admiring my purchase on a quiet staircase a few moments later, some guy wandered past, looked at the car and exclaimed "Simon Templar!" We got into a conversation about the well-worn toy, and when he learned I'd paid £13, he scoffed. "Why, you could get a brand new one in a box for that kind of money!" he said. 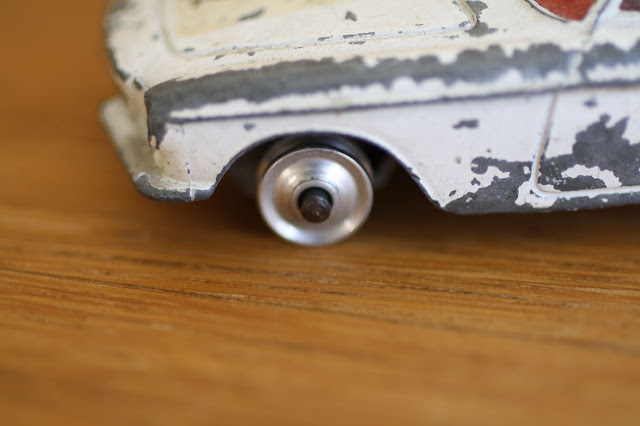 Besides, I don't want a new one in a box. I want one with some character, one that's been played with and used. I certainly got that here.

I think Simon must have parked it in a tough neighborhood, because its two front tires are missing. 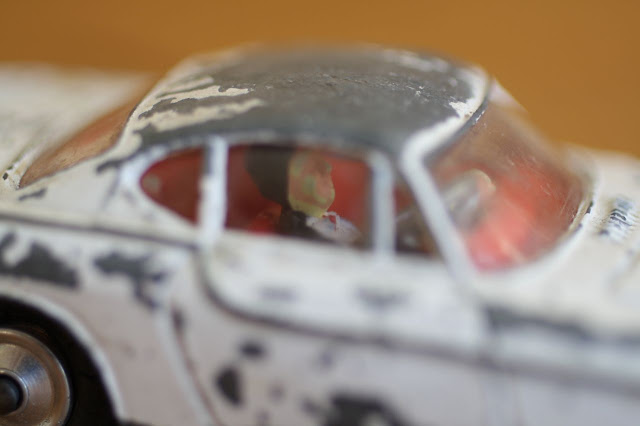 But Simon himself -- or a plastic approximation thereof -- is still in the driver's seat! Something tells me if he were life-sized he'd be quite hellish and terrifying.

Here's a web page that gives some more history about the toy, produced between 1965-68.
Posted by Steve Reed at 6:17 AM