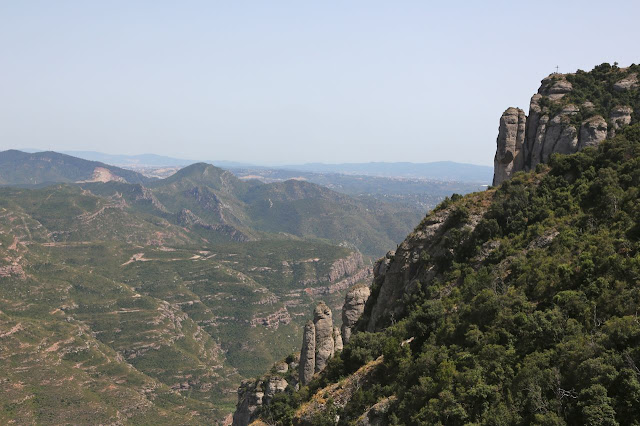 If you're like me before I came to Barcelona, when you hear the name Montserrat, you probably think of a Caribbean island. But that island was named for this mountain, a geological oddity with a weird, serrated spine (hence the name) and a site of holy pilgrimage for Catholics.

Yesterday, Dave and I took a one-hour express train and then a special uphill railway to reach the monastery, basilica and other cultural features of Montserrat. 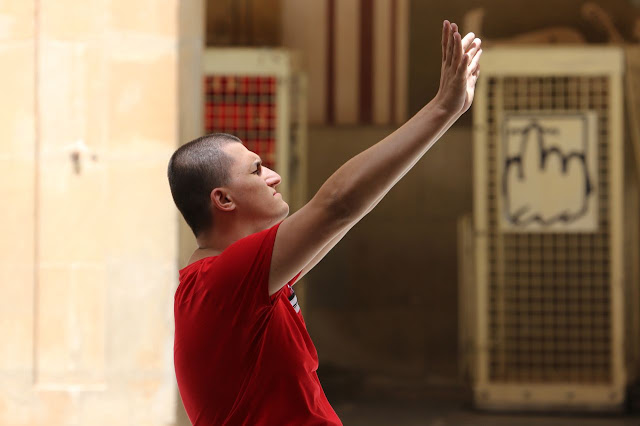 We arrived to find quite a few others walking around the monastery's main plaza, and a long line stretching out of the basilica, which we wanted to see. So Dave and I got in line. As we waited, we watched visitor after visitor come and stand in the enclosed plaza in front of the church in the same posture, arms outstretched, apparently offering a prayer to the frieze of Jesus and the disciples over the door. 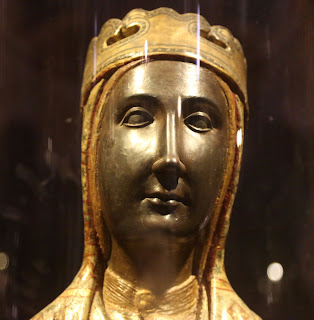 After waiting about an hour in the slow-moving line, we wondered what kind of crowd control was in use -- it seemed only a few people were being admitted at a time. Then we realized we weren't in line for the basilica itself. We were in line to visit La Moreneta, the Virgin of Montserrat. This religious icon is one of the most famous in Spain, so we figured we may as well stay in line and see her too.

(As we waited, I marveled at some of the people walking through the courtyard. I saw one teenage girl wearing a hot-pink, midriff-baring tee shirt inscribed "Ibiza Dirty People." I thought, you wore that to a monastery?)

Well, we waited. And waited. We eventually waited 2 1/2 hours, winding not only into the basilica but through a series of chapels and then up a set of stairs. We couldn't have left the line if we'd wanted to -- we were hemmed in by walls and the crowds behind us. And then I realized why viewing the virgin was taking so long. Each person approached the glass-enclosed icon, grasped the one part of the statue that extended beyond the glass (a hand holding an orb), said a prayer and then kissed the orb. We were waiting for each person to perform this ritual.

Needless to say, Dave and I did not kiss the orb. I just took her picture and got the heck out of there.

Blinded and exhausted when we emerged into the light of day, we headed for the nearest bar. (Even though it's a religious site, this is Spain -- so yes, there was a bar.) We had a sandwich and a beer, and then took a funicular to an even higher part of the mountain, known for its scenic walks. 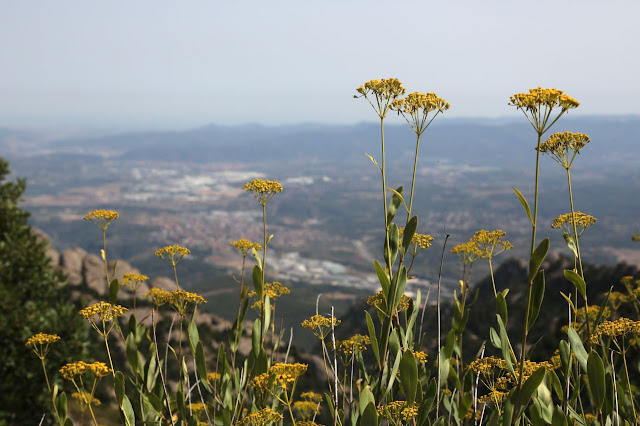 This seemed far closer to a real religious experience, at least for me. I was intrigued by the flowers, and the weirdly anatomical rocky cliffs... 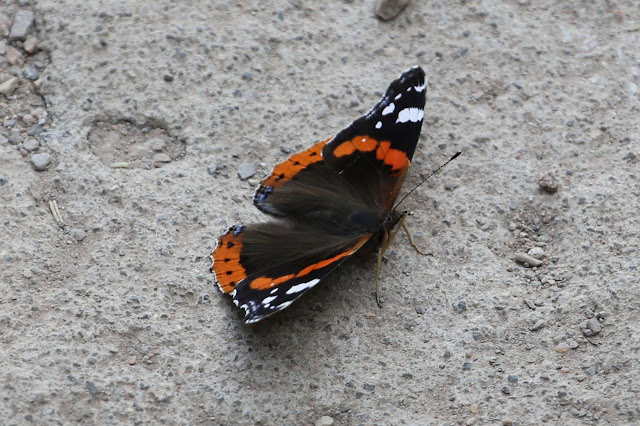 ...and the butterflies. I mean, this is what's miraculous, right? 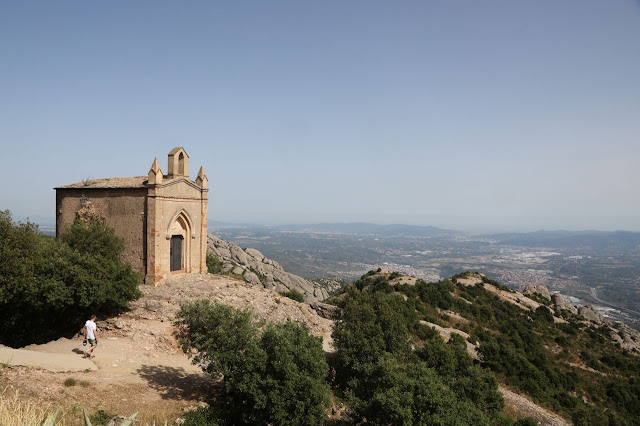 We walked a trail along the mountaintop to a remote chapel, admiring the astonishing views. Then we wound our way back to the funicular and headed back down the mountain. We took a cable car from the monastery site, which sailed out into space like an airplane. We landed at a quiet little pine-shaded railroad station -- it wasn't the same one we used when we arrived, and it seemed a bit like stepping back several decades in time -- where we waited for the train back to Barcelona.

We're flying back to London, and our old routines, this afternoon!
Posted by Steve Reed at 8:23 AM