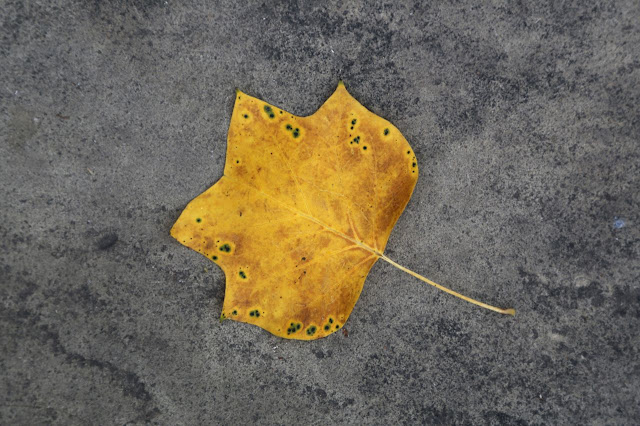 A day of post-vacation practicalities, yesterday was -- laundry, grocery shopping, that kind of thing. Before we got to the store, our refrigerator was so sparse we worried we wouldn't have enough even to make peanut butter sandwiches for lunch. (And I'm still putting honey in my coffee because we forgot to buy sugar.)

The kennel delivered Olga yesterday evening, and it's good to have her home again. She seemed overjoyed to be here, leaping immediately onto her Kong toy and eating and drinking like there's no tomorrow. We saw a fox on our morning walk today -- it crossed the street in front of us and then sat on the opposite curb, watching us calmly. Olga strained at her leash and even barked once -- she never barks -- trying to get at that fox. 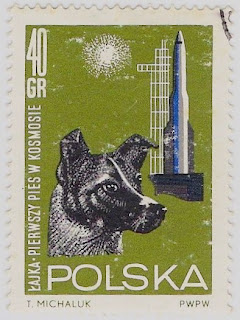 Speaking of dogs, remember when I mentioned a few posts back that I found a pet store in Barcelona apparently named in honor of Laika, the Russian space dog? Well, that brought to mind a Swedish movie from the mid-1980s, "My Life As A Dog," about a boy who keeps comparing his own troubled life to that of Laika's -- just to keep things in perspective.

Dave and I rented "My Life As A Dog" last night, because he'd never seen it and I hadn't seen it since it came out, probably in 1986 or so. It's still a great movie, I'm happy to report, and if you haven't seen it you should check it out.

I got to thinking about Laika herself. I've mentioned before that I collected stamps as a child, and I was pretty sure that I had a stamp featuring Laika. It took me a while to find it, because I remembered it as Russian and it's actually Polish, but here it is (left). A Moscow street mutt, she became famous all over the world, and a real hero in Russia and the Eastern Bloc -- though of course she paid for that recognition with her life. At least one Soviet scientist later expressed regret about causing her death.

As it turns out, she wasn't the only space dog, either. Russia sent a whole series of dogs into space beginning with Laika, and unlike Laika, many of them came back again. I didn't realize this until I began reading up on Laika herself. 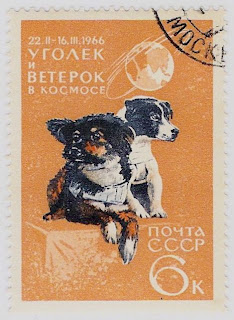 If you're interested in the details, check out this page, which is hopefully accurate since it's on the previously New York Times-owned About.com.

Among my own stamps I found this one (right), which I first thought included Laika. But no -- this is Ugolek and Veterok, two dogs sent into space in February 1966 who orbited the planet for 22 days before returning the following month. There's a video here showing them after their space flight. They seem a bit stupefied, but I guess that's understandable after living in zero gravity for nearly a month (and goodness knows how they managed to eat, drink and everything else).

Anyway, thanks for indulging my little flight of nostalgia for Russian space dogs. We are nothing if not pointlessly curious here at Shadows & Light!

(Top photo: Hints of fall? A yellow leaf on the sidewalk in Notting Hill.)
Posted by Steve Reed at 7:02 AM