Marilyn, and Other Barcelona Sightings 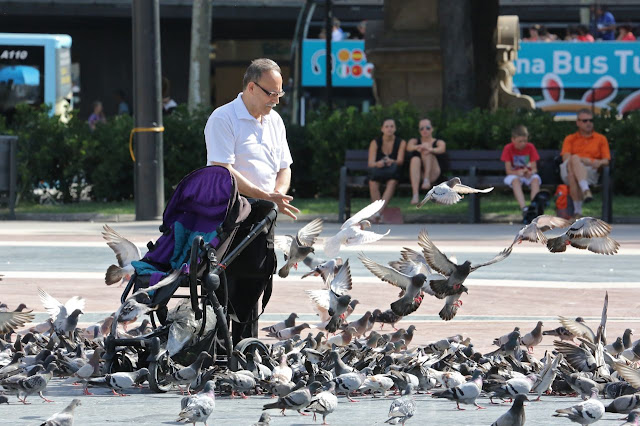 Dave and I decided that the best way to see Barcelona would be via one of those open-top bus tours. So we bought tickets, but by the time we got in line to board a bus yesterday morning, the sun was already broiling and we had just a few hours before we had to be at a restaurant for a lunch reservation. So we bailed on the bus and walked through the Plaça de Catalunya, where this old gent was feeding pigeons, up to La Pedrera, an apartment building designed by Antoni Gaudi. 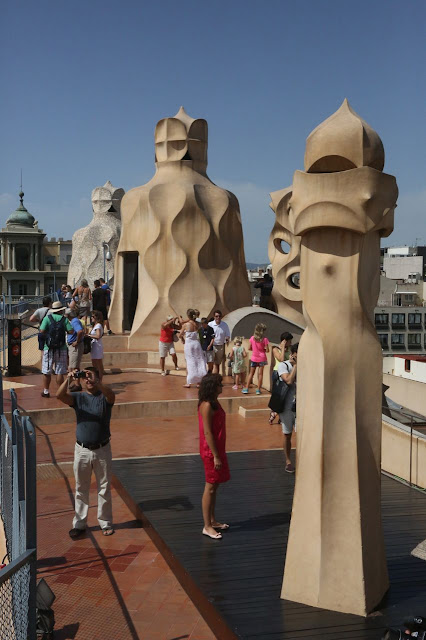 We took a self-guided tour of the building, the best part of which is the crazy, funhouse roof, with its wild ghost-like chimneys. I can see why Gaudi has earned the reputation of being one of Spain's -- and indeed, the world's -- most inventive architects.

From there we went to lunch at Cinq Sentits, a terrific restaurant that Dave had scoped out. It really was a gastronomic experience -- one of the best meals we've ever eaten, we both concurred. We had a tasting menu with wine pairings and even got to see the kitchen and meet the chef. 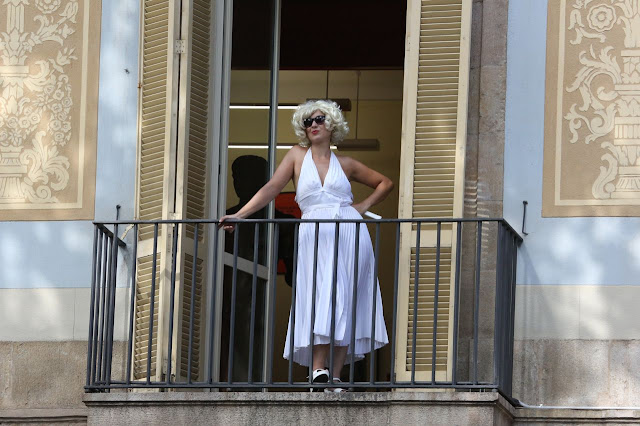 Later in the afternoon, Marilyn was greeting crowds on a balcony over La Rambla. 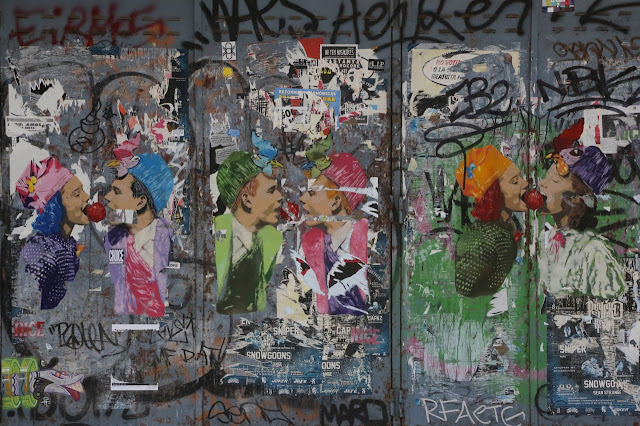 I'd always heard this was a great town for street art, and indeed, there is tons of it. I've taken myself on two solo walks while Dave snoozes in the hotel, and I've found incredible quantities of fun and interesting art. Why pay for a museum? 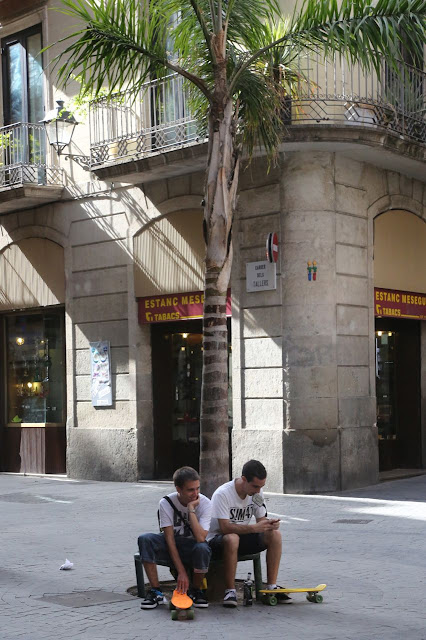 Finally, late yesterday afternoon, we went back to the tour bus and climbed on with no difficulty whatsoever. By this time, the sun was much lower and the temperatures cooler, and we enjoyed a couple of hours' sightseeing. We got off the bus just once, to see the city from the Palau Nacional at Montjuic, the neighborhood overlooking central Barcelona from the south. Bathed in a pink-orange evening glow, it was quite a view! (Photos will be on Flickr soon, as usual!)
Posted by Steve Reed at 7:42 AM