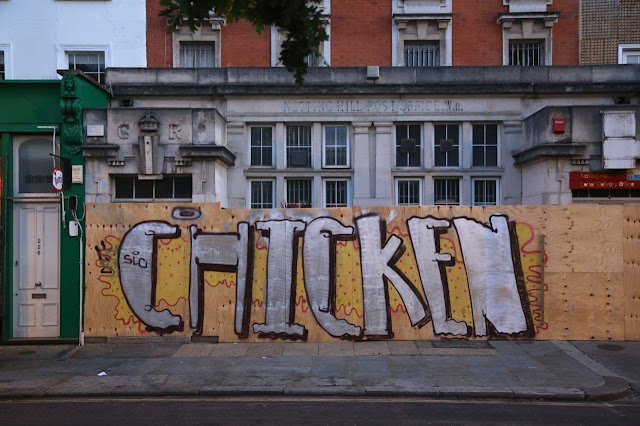 Neighborhood clean-up is continuing following the Notting Hill Carnival. On Monday night, street sweepers took care of the majority of trash along Westbourne Grove, which is part of the parade route and the place where the cans, bottles and napkins were probably deepest. (How they do it so quickly I'll never know.) But there's still a lot of debris along the side streets and tucked around lampposts.

This wouldn't be such a problem for me if it weren't for the fact that Olga tries to eat debris. Especially debris containing chicken bones. 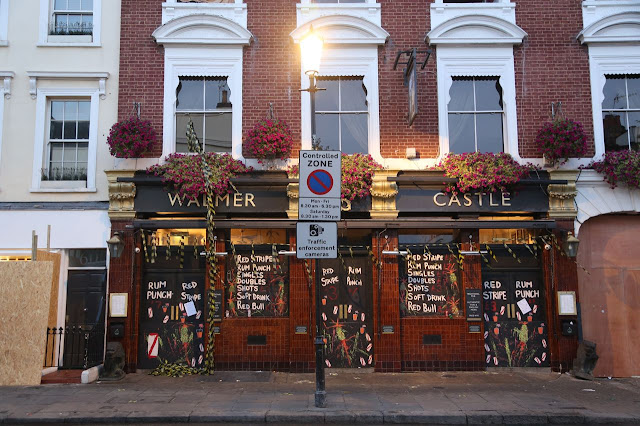 Every day on our early-morning walk we see the window washer for the shopping area known as Turquoise Island, below our flat. We always chat with him and he gives Olga a pat. This morning he was saying that he thought the carnival cleanup had gone really well -- which is funny, because I feel like more trash has been left behind this year. But he's probably seen more carnivals than I have, so what do I know?

Syria. Oh, boy. This isn't going to be pretty. I understand the feeling that we need to do something, that a line has been crossed, but I'm not sure I agree with that feeling. Why shouldn't we allow internal conflicts in other nations to resolve themselves? Is it really our obligation to assist in this battle? Won't that merely heighten tensions and risks for ourselves and our allies in the Middle East? So far, I am not sold.
Posted by Steve Reed at 7:20 AM

I just can't even understand any of it. I'm tired of our country being at war. I'm tired of us sending young people off to die in foreign lands for who-knows-what? No, countries should not be killing their own people. But...aren't we killing our own, sending them to these places?
I don't know why anyone runs for president. Hell, I don't know why anyone runs for county commissioner.

i think we should just let them fight it out. i am against sticking our nose into other countries business.

well, war is, after all, our national character. that said, I'm sick of it. I'm sick of the politicians who think we should be master of the world. let them fight their own interior battles. unless they are invading other countries, it's none of our business. re the supposed chemical warfare...I read a comment on a post elsewhere that the kind of chemical warfare that is banned is the stuff that causes corpses, not the stuff that just makes people sick.

no to intervention in Syria. it's none of our business.

I do not understand why we have to play "mother" to the world. Let them do whatever they want--we don't need to get involved! Why doesn't someone else step in for a change if necessary?

I don't know what should be done. I'm glad to read everyone's thoughts.

I agree with you about Syria. I'm so worried that we'll get enmeshed. There is no good outcome for us.

I don't know where it all ends, violence begetting violence. To what aim and what for? Avenge? Revenge? Stop them? Until when? What if all those drones dropped flowers instead of bombs?

Syria is not our problem. There are 50 homeless men in the plaza across from my office and 300 kids in my daughter's school that would agree.