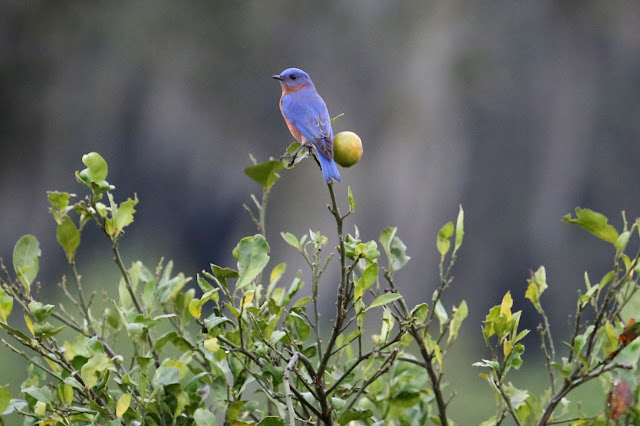 After a rainstorm a couple of days ago, I wandered back down to the old citrus grove near my dad's house. There were several bluebirds flitting about. Bluebirds always seem to be a cheery symbol, especially in old songs like "Over the Rainbow" and "Bluebird of Happiness." I'm not sure my state of mind here can be described as exactly happy, but still, it was nice to see them. 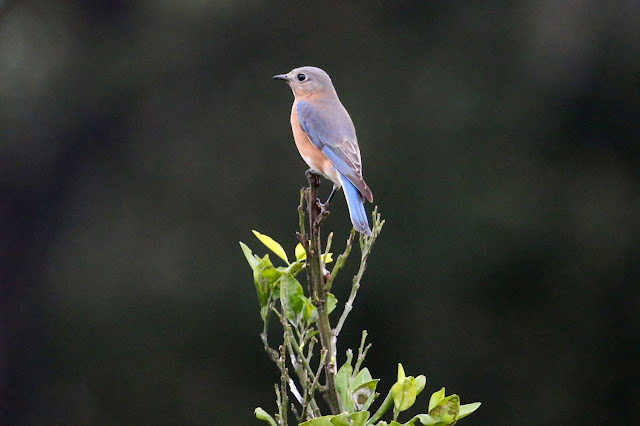 Yesterday I went with my stepmother and nephew to see "Saving Mr. Banks," about Walt Disney's efforts to acquire the rights to "Mary Poppins" from her creator, P.L. Travers. I really enjoyed it. I've read criticism of Tom Hanks for his portrayal of Disney, but I thought he did a pretty good job, and I enjoyed the photos and clips at the very end, where the real Travers is seen and heard conversing with the "Mary Poppins" movie writers. Overall I'd recommend it.

We went through more of Dad's belongings yesterday. He's a retired math professor, and he has a box of old notes and draft journal articles that he and my stepmother seem intent on recycling. I asked him whether it has any scholarly value -- should we give it to the university where he worked, for example? But he says no. The articles themselves have been published, so I suppose they're publicly available -- but still, I hate to just toss all that stuff, even though it's incomprehensible to me. I'm leaving it up to them.

Like his boxes of ancient greeting cards and paper route receipts, the math notes are interesting in that Dad chose to save them all these years. You learn a lot about a person's attachments, what they love, when you see what they pack up and store away.
Posted by Steve Reed at 12:33 PM