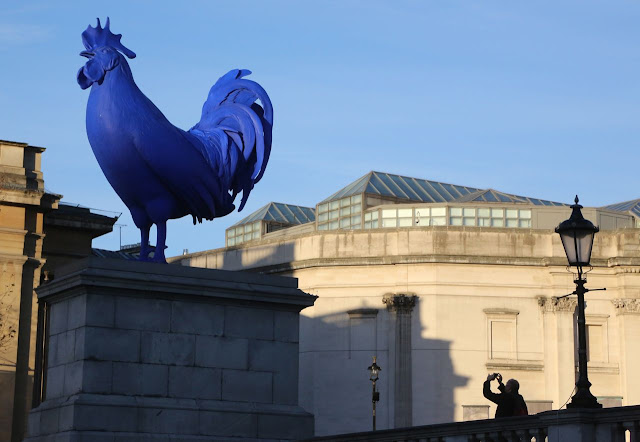 Where did the weekend go? I had wonderful plans to lie around the house, read "The Goldfinch," have leisurely meals and relax. Instead, most of Saturday was consumed with preparing for and cleaning up after our dinner party, and yesterday vanished in a combination of sleeping late, going on a photo walk and going to a movie with a neighbor.

I can't complain about the photo walk -- after all, that was my time, to do with what I wished. I needed to get out and take some pictures, because I'd done very little post-Florida. I went to East London and walked near Hackney Wick, in areas I hadn't seen before, and got some good shots which you will no doubt see here in coming days.

Our movie yesterday evening was "The Butler," with Forrest Whitaker and Oprah Winfrey. It was OK -- a bit predictable, I thought, and more interesting when it focused on the characters and their relationships rather than the larger social issues of the day. Excellent performances, though.

Afterwards we went to The Churchill, a local pub, where our World War II-obsessed neighbor Chris regaled us with stories of Pearl Harbor (it is a standing joke that we can never have a conversation with Chris that does not involve World War II). To hear Chris tell it, Britain was partly responsible for Pearl Harbor by leaking aircraft carrier technology to the Japanese years before. Or something like that. I wasn't really listening. We left after an extremely drunk woman tried to draw us into conversation with her companions at an adjacent table -- we stayed just long enough to learn they'd all gone to school together at St. Andrews, one is getting a doctorate in psychology and one works in petroleum trading in Africa (but, ironically, has not yet visited the countries where he trades). The drunk woman's occupation remained a mystery. Dave and I looked at each other and telepathically communicated the same message: "Let's go home!"

(Photo: "Hahn/Cock," a sculpture by German artist Katharina Fritsch, in Trafalgar Square, on Friday.)
Posted by Steve Reed at 6:39 AM