The Grammys and Chinese Reading 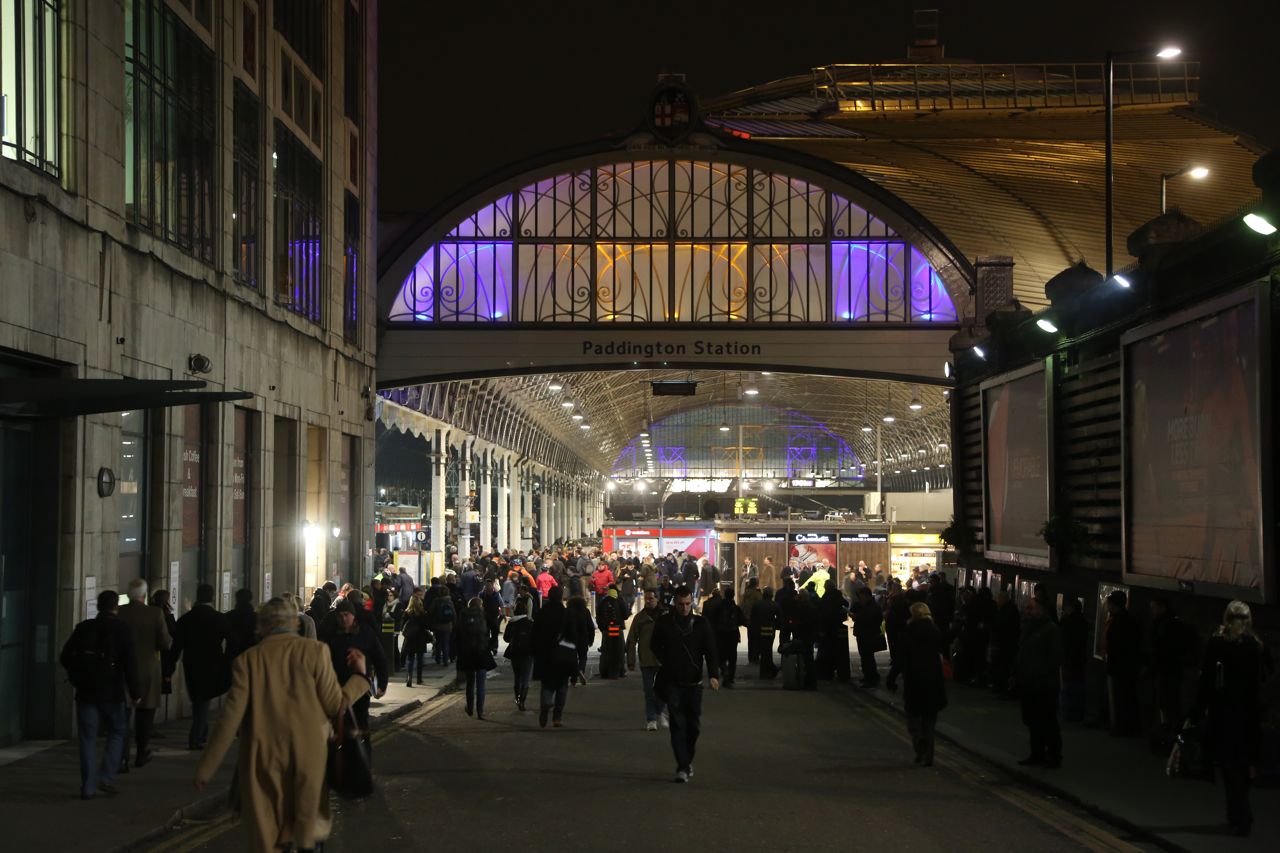 I went to Paddington Station last June to photograph this window from the inside, and I didn't like the results at all. In fact, I deleted the photos. But when I recently walked by after dark and saw it from the outside, colorfully lit, I knew that was the shot to take -- especially at rush hour!

I went back to the dentist yesterday morning for my routine checkup (as opposed to last week's cleaning). The dentist took a couple of x-rays -- one on each side of my mouth -- and had a look at my teeth, but I'd say it was a fairly cursory exam. I understand why people say the United States sets the gold standard for dental care, at least for those who can afford it. My dentists in Florida and New York used to take a battery of x-rays every year and attack the slightest suspect spot with gusto. (Too much gusto, in fact -- I've always suspected I endured a few more fillings than I really needed.) This dentist, in contrast, seemed a bit too casual. She told me my teeth are in such good shape I don't need to go back to her for another nine months, and that I probably don't need the full hygienist cleaning like I got last week. What dentist in the U.S. would say that?!

I might go ahead and wait another nine months to return, but I think I'll book a thorough cleaning when I do.

Did you pay any attention to the Grammy Awards? I read the New York Times account of the ceremonies, and who are all those musicians, anyway? Daft Punk? Macklemore? I am so out of it. I not only have never heard their music, I've never heard their names. Dave and I did a quick "Grammys tutorial" last night, listening to the winning musicians on iTunes, and let's just say I am definitely old. The only music I cared to hear again was the winning classical album "Winter Morning Walks" by Maria Schneider and Dawn Upshaw, which I bought and downloaded.

I've decided to read some Chinese-themed novels in preparation for our trip next month. I'm starting with "The Good Earth" by Pearl S. Buck, but since she's a West Virginian who lived in China with her missionary family, I didn't want to leave it at that. I also wanted something by an author of Chinese descent -- so I'm going to read "Waiting" by Ha Jin. I'll let you know how it goes.
Posted by Steve Reed at 6:29 AM