I Dreamed of Africa 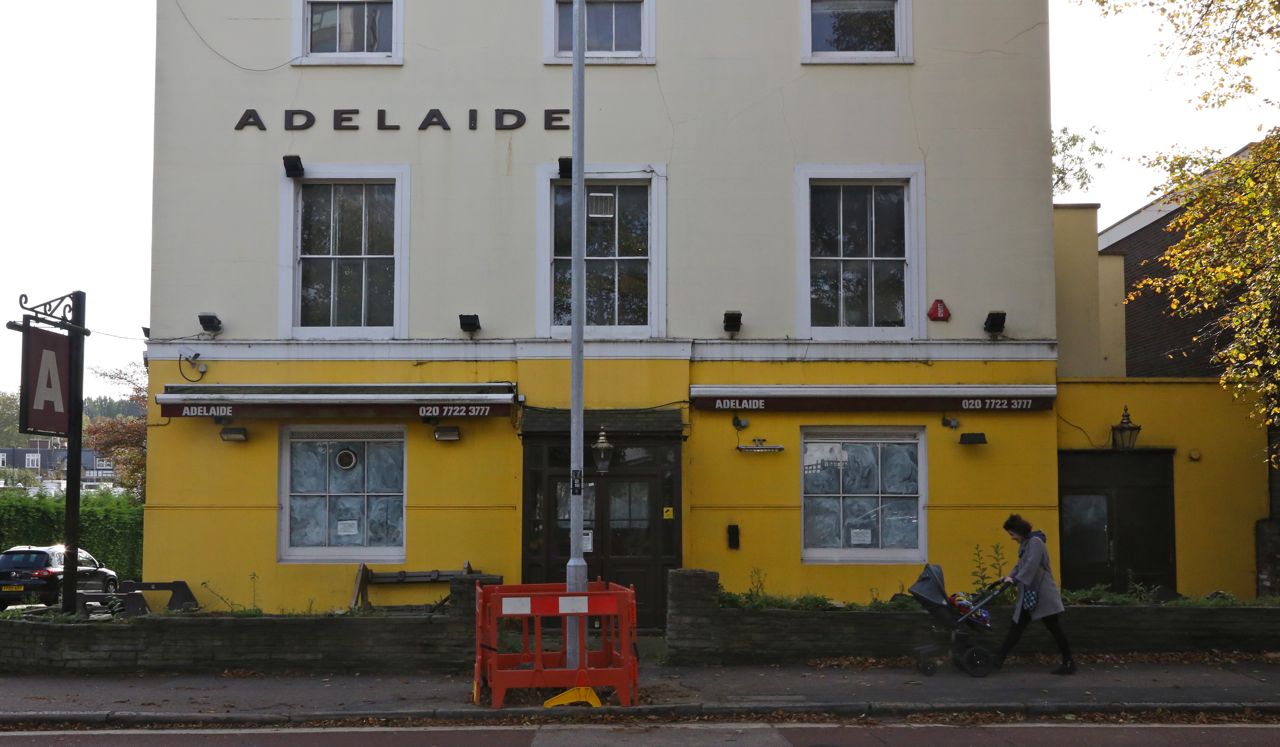 Yet another closed pub. We have a million of 'em here in the UK. I shot this yesterday on my lunch hour from work. Because of my weird schedule (with choral practice) I had a slightly longer lunch, so I took the tube up to the Finchley Road stop and walked briskly south, zigzagging through Belsize Park back to school. I saw this pub from a bus window several weeks ago and I've had it in the back of my mind to photograph it, so I was glad to get that done -- even though the low-angled sunlight was terrible, coming from behind the building and shining straight into my lens. That pic still needs a bit of Photoshop.

I had a nice "lie-in," as the British would say, this morning. I didn't get up until almost 7 a.m. I had a strange dream about being back in Africa -- meeting some guys on the street, having them invite me to their mosque, thinking I probably shouldn't go to the mosque since I'm not Muslim, and instead sitting with their families while waiting for the service to end. I was walking barefoot in their backyard, thinking that probably wasn't very smart, with scorpions and spiders and whatnot.

I don't think the dream means anything, except that my neurons were firing as I was waking up. I Dreamed of Africa -- just like Kuki Gallmann.

Speaking of firing, we had some fireworks going off around the neighborhood last night. I wonder if people are already gearing up for Guy Fawkes? Olga was not happy.
Posted by Steve Reed at 7:22 AM